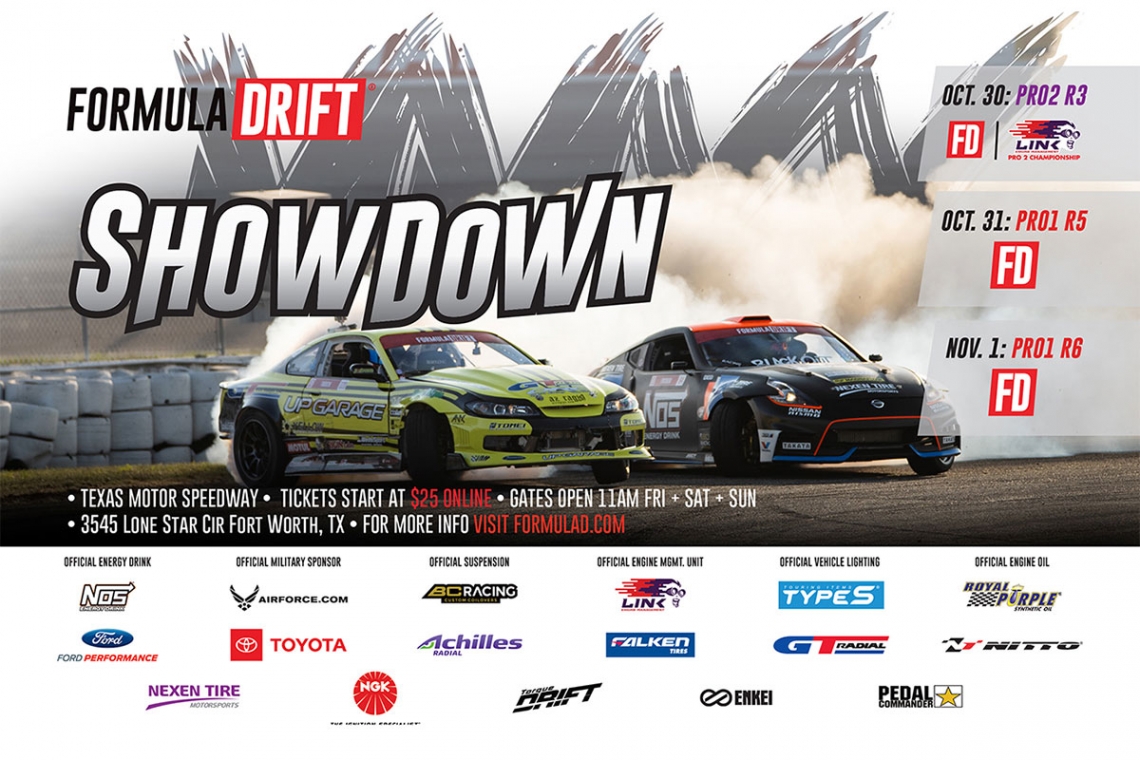 On August 28, 2020 Texas Motor Speedway announced that all events scheduled prior to its NASCAR Cup Race on October 25 are cancelled or postponed due to continuing concerns over the COVID-19 pandemic.

Formula DRIFT was scheduled to visit Texas Motor Speedway on October 16-18 for Rounds 5 and 6 of its PRO Championship as well as Round 3 of the Link ECU PRO2 Championship. After diligent discussions with the track management team, Formula DRIFT is announcing its event will be rescheduled to the end of the month. FD TX will now take place over the weekend of October 30-November 1.

To accommodate the new schedule, Formula DRIFT will move its operations to utilize the venue’s permanent grandstands, creating a new track layout for the competition. This will present a new challenge to all Formula DRIFT teams and guarantees a new spectacle for the fans, who will be able to enjoy the new seating arrangements.

The event is limited to 50% capacity and fans who have already purchased tickets for the previous date will automatically have their ticket transferred to the new dates. Those who cannot attend the rescheduled event may request a full refund.

All other aspects of the event will remain unchanged in what is set to be a very close 2020 championship season. 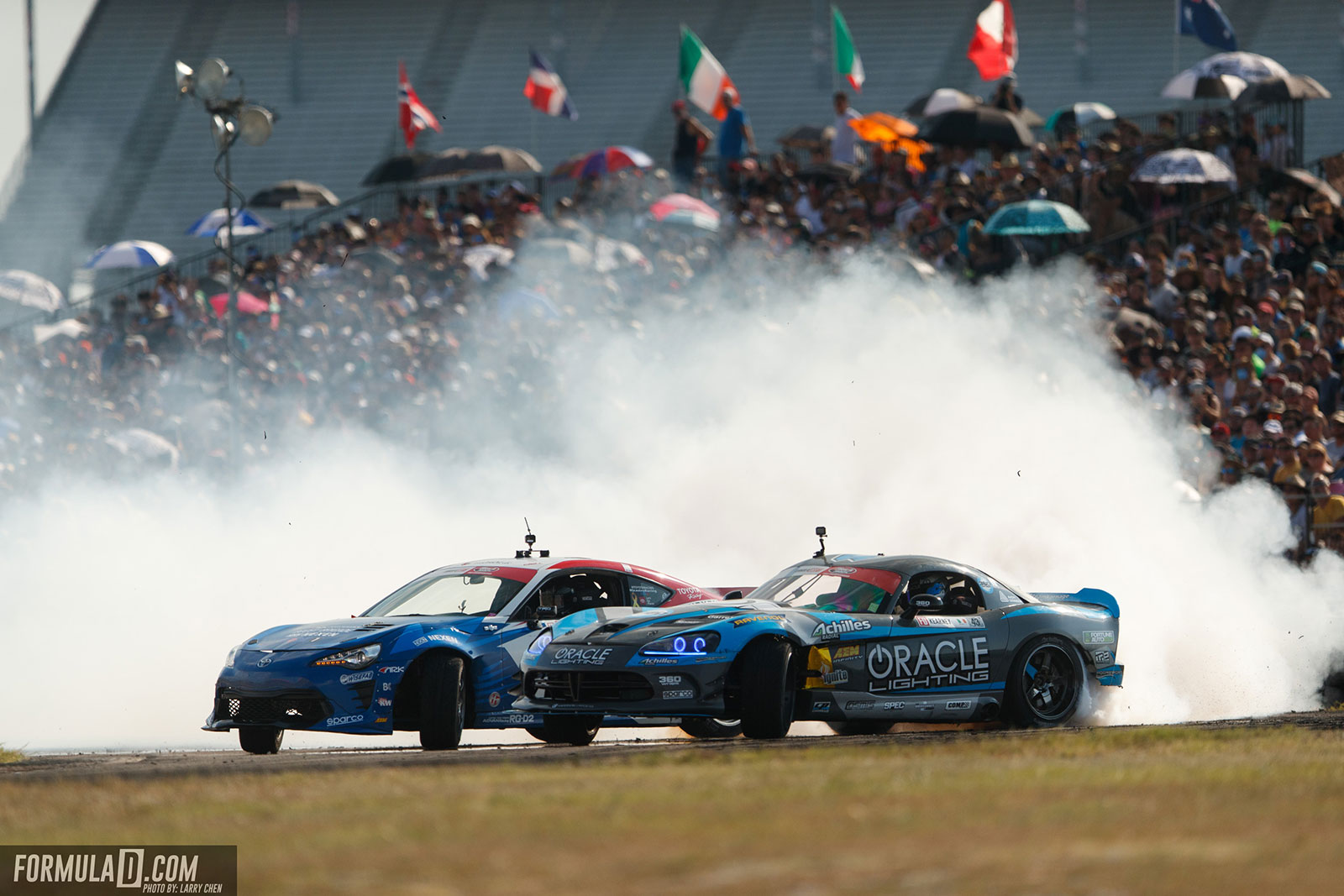 PASMAG Tuning 365: 2020 SEMA360 Booth Tour - McLeod Racing
Join us in our virtual booth tour at SEMA360 with Joe Macasero of McLeod Racing, and have a look at the new performance engineered driveline...