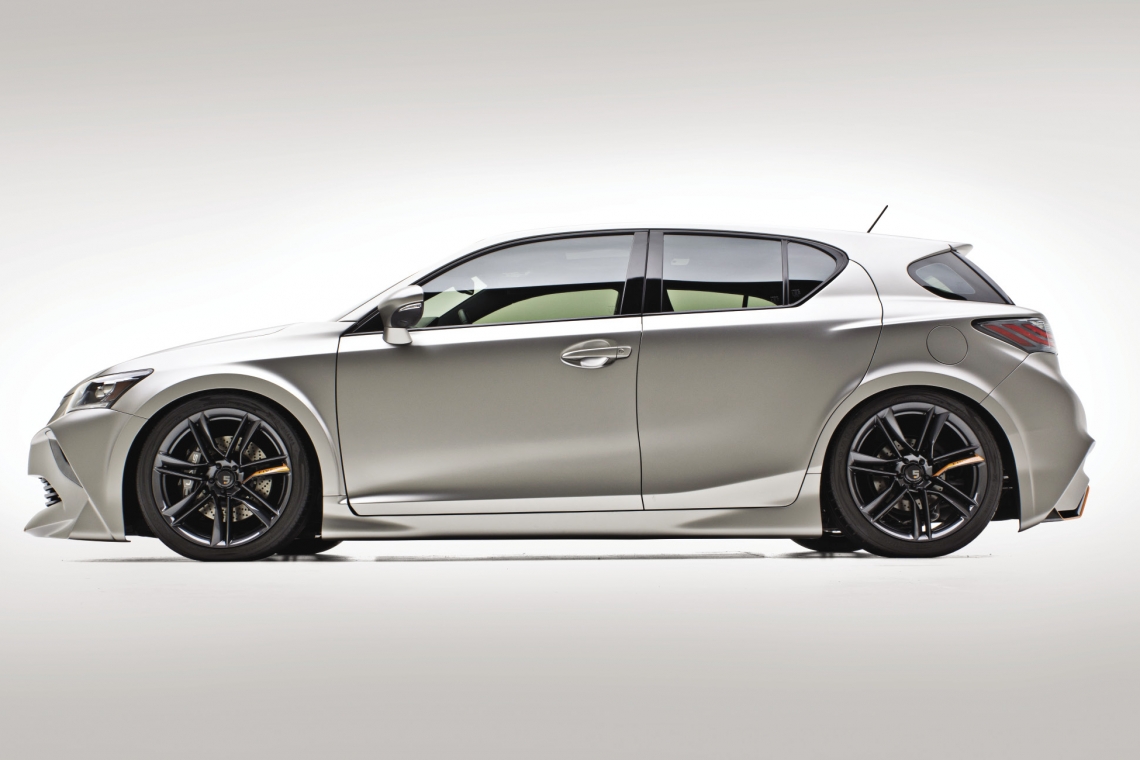 Imagine it’s the second week of January. For car audio enthusiasts this always means the same thing – the Consumer Electronics Show is in full swing. If you were part of CES and entered the North hall of the Las Vegas Convention Center, you would have been greeted immediately to the right by the massive Pioneer Electronics booth. Directly in the corner of the booth, closest to the main entrance was the newest Five Axis creation, a new 2013 Lexus CT200h that highlights Pioneer’s 2013 car audio products.

The relationship between Five Axis and Pioneer started when the Scion brand arrived in North America 10 years ago and has remained a strong bond ever since. Five Axis has built most of Pioneer’s CES demo vehicles since, and this slick silver Lexus is another fine example of the outfit's modern styling and creativity.

Pretty much all the Pioneer Five Axis vehicles are treated to a custom widebody and aerodynamics treatment. The CT200h is no different. Five Axis has stretch the fenders out and create cool new front and rear bumpers to accent the car's sexy style. Tucked under the big fenders is a set of 19- by 8.5-inch FIVE:AD S7:F wheels wrapped in Yokohama Advan Sport tires at a healthy 235 mm width with a 40 series aspect ratio. StopTech four-piston calipers in the front and drilled rotors all the way around upgrade the braking duties.

The style of a car is as much about its color as it is its stance. The car is lowered utilizing Tein Flex coil-overs that give it an aggressive look. The body is finished in satin aluminum, and highlighted with orange and blacked-out chrome accents. The theme continues when you open the doors, with reupholstered seats and doors in laser-etched EcoDesign Ultrasuede with satin gunmetal leather accents. 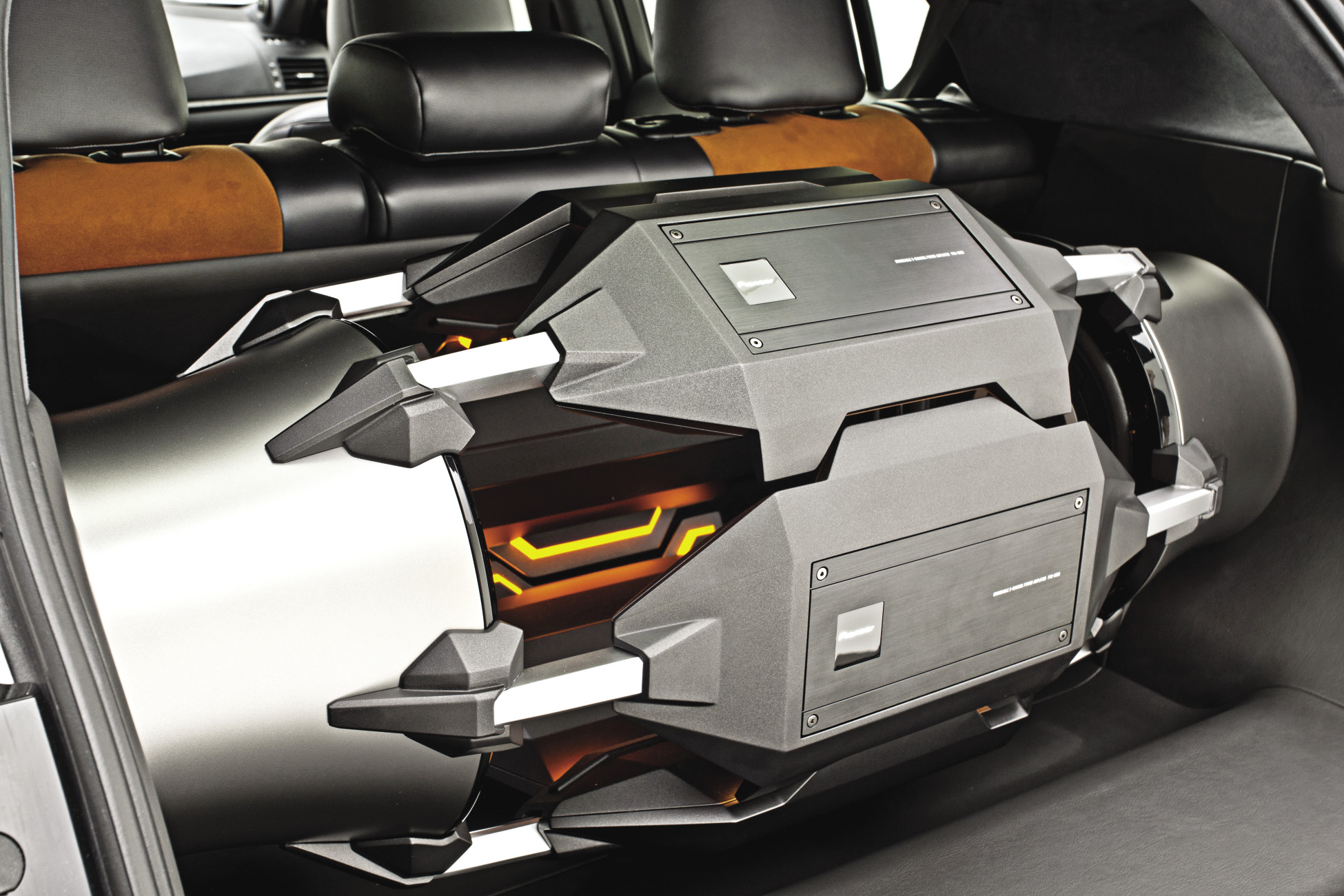 With Lexus highlighting several parts of the dash in a high-gloss black finish, the Five Axis team picked up on this cue and decided to trim the midbass woofers (installed in the stock location of the doors) from Pioneer’s TS-D1720C 6.75-inch component speaker package for a perfect match. The tweeters from the set have been flushed into the bottoms of the A-pillars and, for rear fill, a set of Pioneer TS-D1702R 6.75-inch coaxials round out the audio.

Five Axis quickly discovered the integration of the flagship Pioneer AVH-X8500BHS multimedia DVD receiver in the CT200h would be a trickier install than in most vehicles today. Because a standard two-DIN head unit measures four inches in height and seven inches wide, and the opening of the factory radio in the CT measures only 6.75 inches wide, there was no option but to perform a bit of dash surgery in order to fit the receiver in the tight leather trimmed center console. With the gear selector to the left, Five Axis' only option was to modify the panel to allow the source unit to slide right into the dash then reupholster it using the same leather to restore the area to its stock aesthetics.

Lifting the rear hatch reveals an amp rack and subwoofer enclosure that looks like something that can only be found in the reactor core of the Star Trek starship. On the ends of the somewhat cylindrical enclosure are sealed cabinets, each serving as a home to a Pioneer TS-SW2501S4 10-inch shallow-mount subwoofer. Suspended between the enclosures are six Pioneer PRS-D800 Class FD two-channel amplifiers, each capable of producing 125 Watts of power per channel, or 300 Watts when bridged to a sub. Two of the amps are bridged, each driving a subwoofer and the rest drive the midrange and high-frequency TS-D drivers in the car. The side panels of the hatch area have been recreated and wrapped in dark grey vinyl to give the amp rack more presence.

The beauty of having Five Axis build you a demo car is that once it’s done, it becomes hard to tell what was original from the factory and what was fabricated by Troy Sumitomo and his team. From the interior panels and upholstery to the awesome body modifications and attention-to-detail with respect to color – the best compliment you can pay the car is to say that it just looks right. And it certainly does! 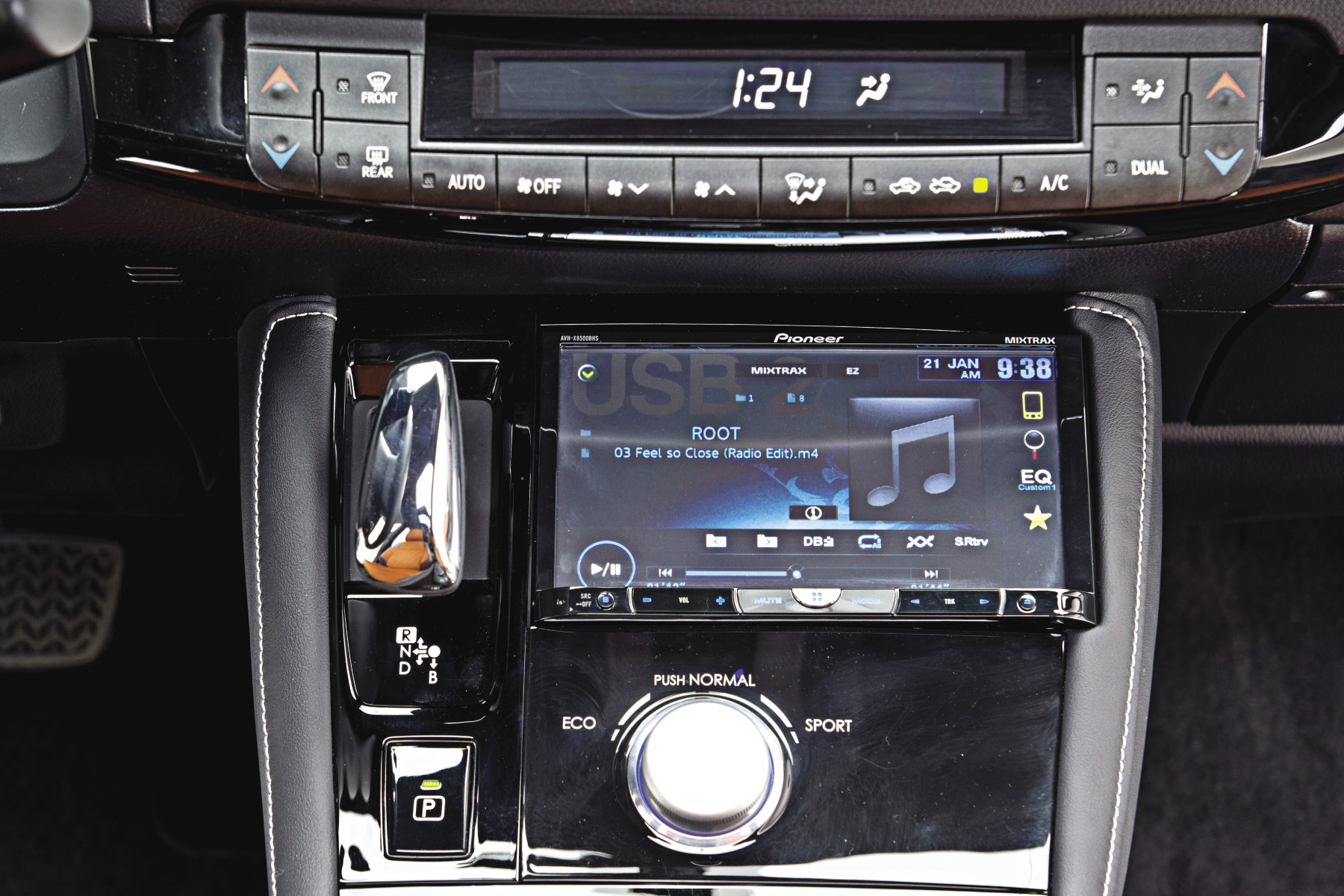 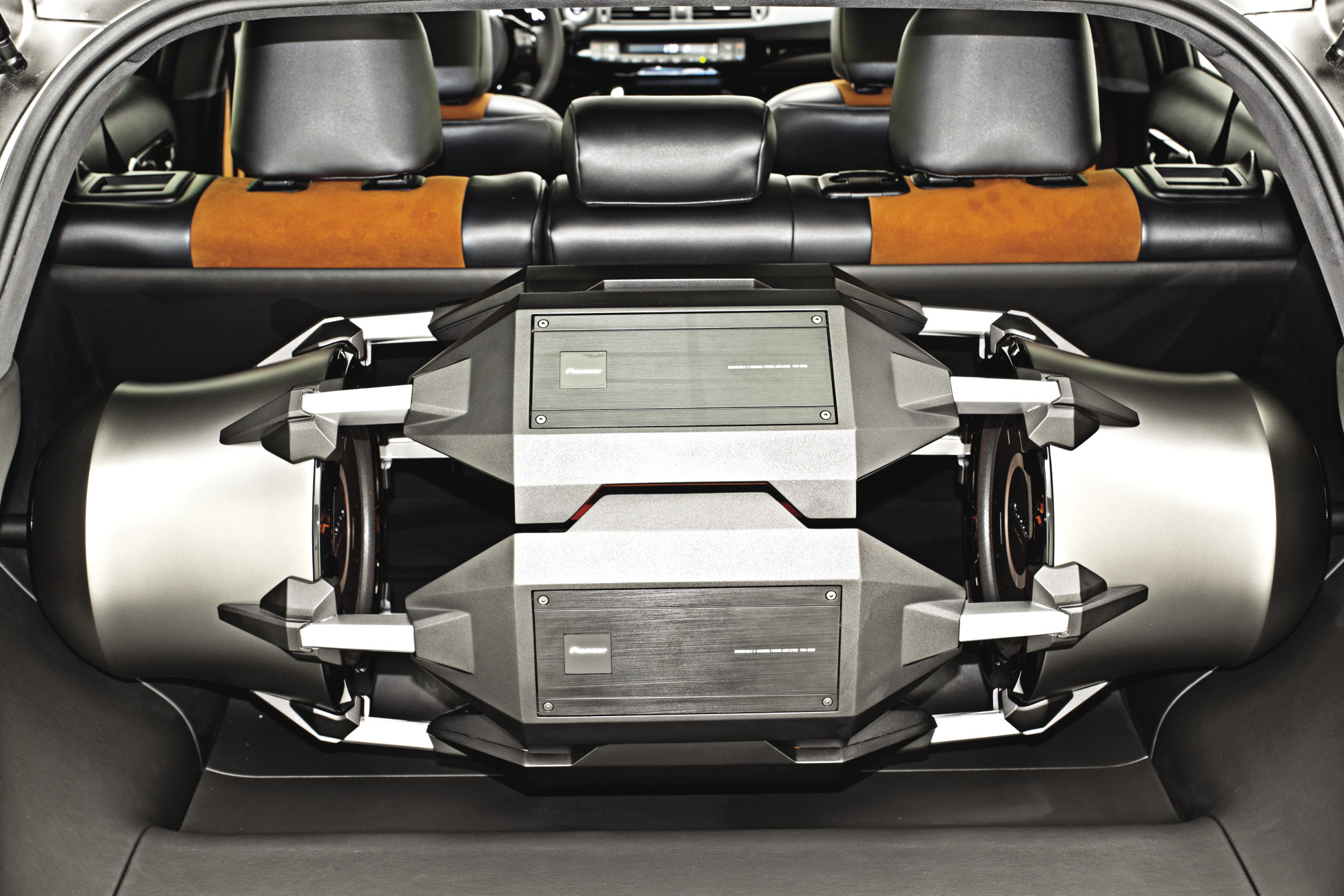