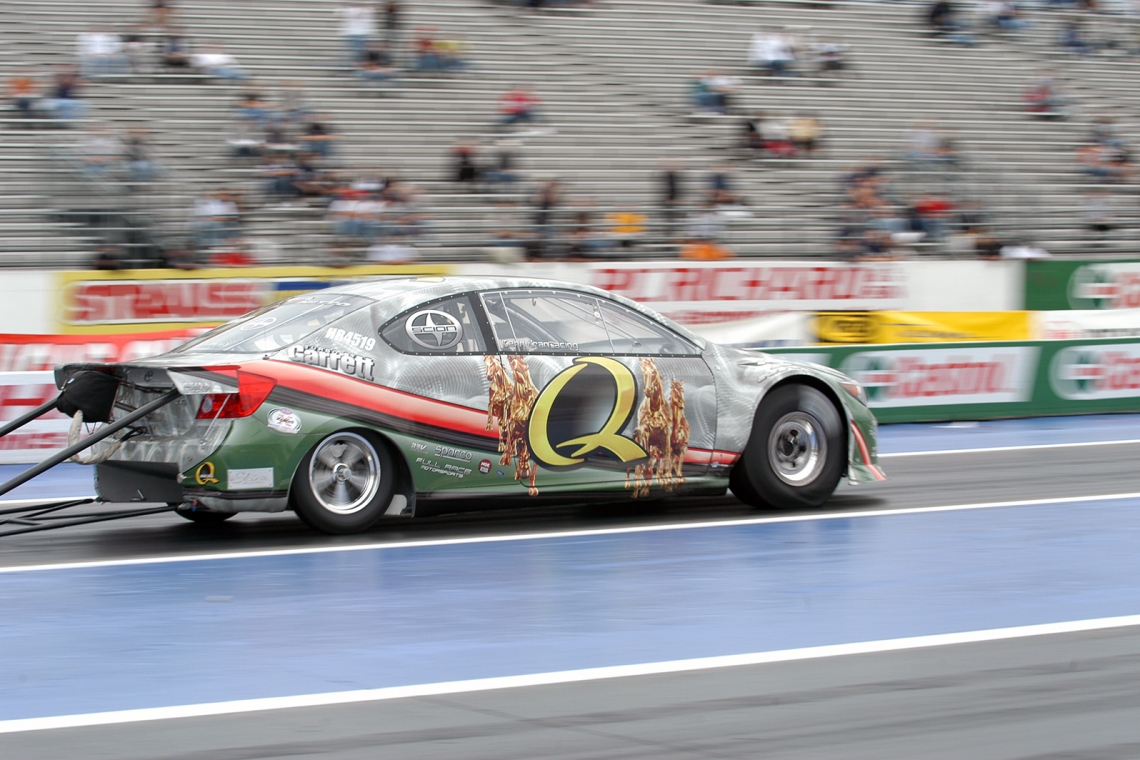 When Scion decided to enter the import drag racing scene they went looking for a proven racer who knew how to get the most out of a front-wheel drive car. Thus, it was hardly surprising when the car maker joined forces with Kenny Tran.

Over the years, Tran and his Kenny Tran Racing crew have compiled a strong resume racing in NHRA and NDRA events across the country. He has emerged as a true crowd favourite since entering the sport in 1997. His business, Jotech Racing, provides quality parts and service to sport compact enthusiasts, and after three years watching what his customers could do, Tran made the decision to hit the quarter-mile himself.

Prior to joining the NHRA circuit, Tran’s biggest achievement was when he became the “World’s Quickest FWD Unibody” as he ran 9.68 seconds at 144mph. Tran first entered the NHRA drag racing ranks in 2001 and put in an impressive performance driving his Honda Civic. He made one final-round appearance and finished third in the points standings in his rookie campaign. Tran ably avoided the sophomore jinx in 2002 as he took home a pair of victories and had his first pole winning effort. However, the tight competition within the Hot Rod ranks meant Tran had to settle for the third spot in the standings again. His 2002 season was a great success for the then budding drag racer as he was chosen as the World Import Challenge FWD Unibody Champion.

From 2003-05, Tran continued to build his program and was a mainstay near the top of the points, picking up another pair of top-three finishes in the points. While he only moved into the winner’s circle twice during that span, it was his overall consistency that was the key to his success in the championship. However, in 2005 he set his personal best run of 8.16 seconds at 181.96mph, a record he is still chasing in 2007. 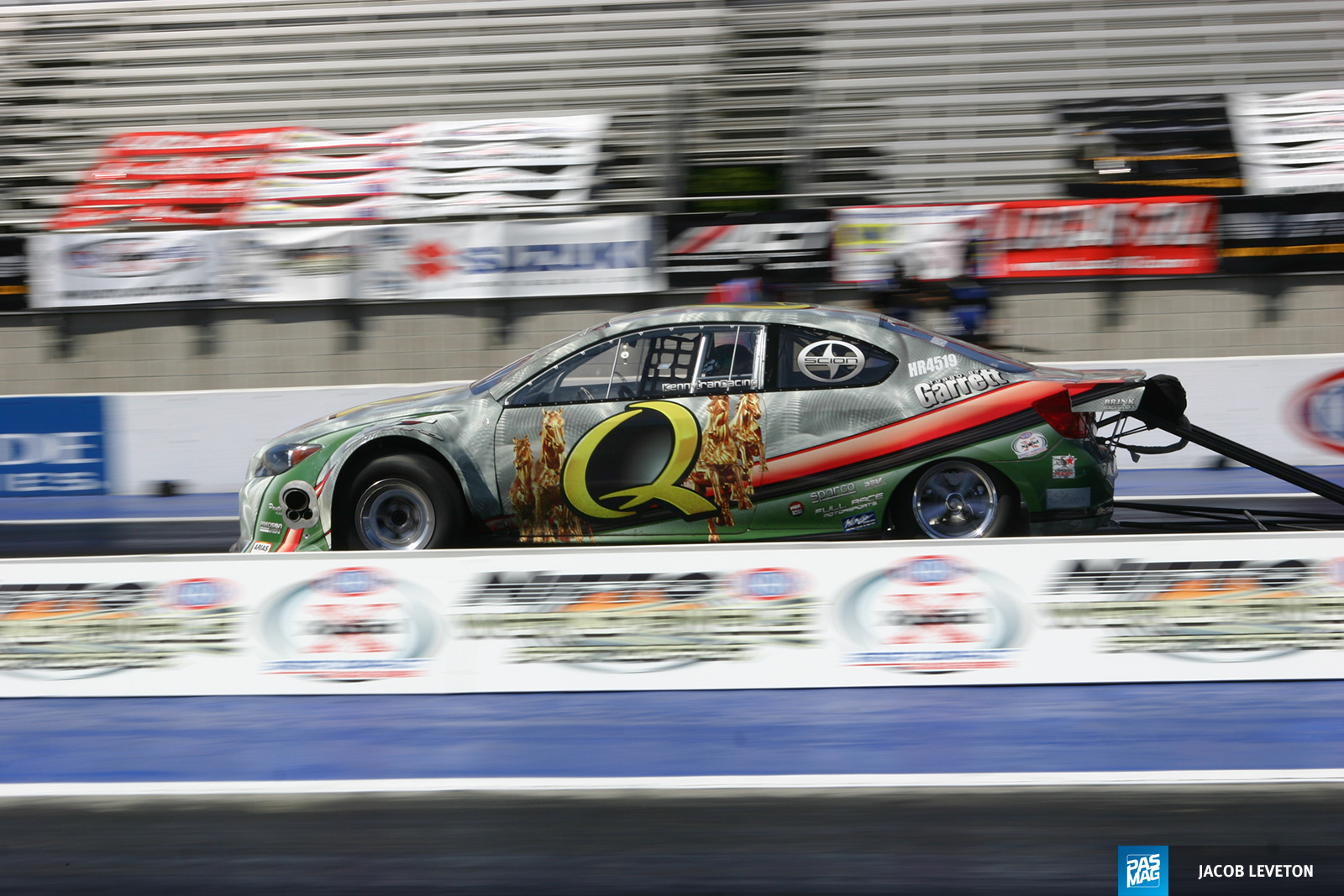 The 2006 season saw Tran debut his Q-Power / Nitto Tires Scion tC at the NDRA Race Wars and NHRA Sport Compact scene. The development of the car went extremely well as he once again showed the consistency to run with the leaders that has defined his career. He was fourth in final points after producing one runner-up finish in just four event appearances.

Tran has already jumped out of the box in the 2007 season as he opened the year in style by winning his hometown event on the NOPI Race Wars tour at Texas Motorplex. Tran was ready to go the minute he rolled the Scion off the trailer and left the competition in his dust with consistent 8.2 and 8.3 second runs. In fact, on his final qualifying run, Tran laid down a Pro 4 Cylinder class ET record with a run of 8.19 seconds at 174.08mph.

“Our goal for this weekend was to run consistently in every round and pick up from where we left off last year,” Tran said after the event. “This event was the fifth time out with our new Scion tC and we feel very confident in this new car. It has proven to be both consistent and quick, which is the key to going rounds and winning races.” 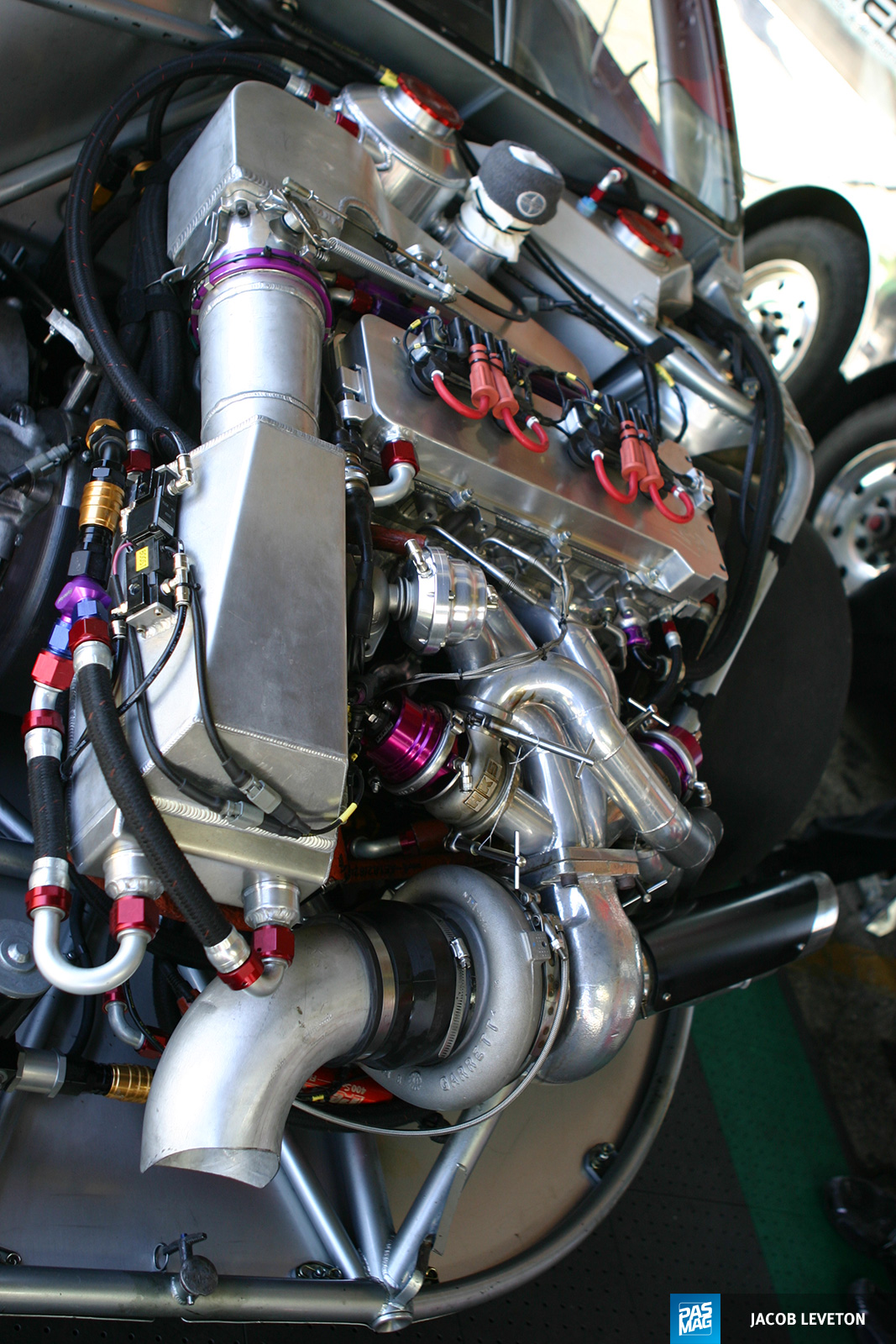 The 2006 Scion tC received plenty of love from Kenny Tran Racing before it finally found its way onto the quarter-mile. The power for the Scion is generated from a Toyota 3RZ-FE found in the Toyota Tacoma.

Beefing up its output is a custom Moldex 86.4mm-stroke 4340 billet crankshaft. V&M Racing then took the engine to a new level by porting things prior to the installation of a REV valvetrain. Air intake is ably taken care of by a TinWorks intake manifold and Accufab throttle body. As the engine purges the spent gas, a Full-Race manifold pushes the fumes through the GT42R turbocharger while an HKS GT-II wastegate keeps the turbo humming at optimum levels. 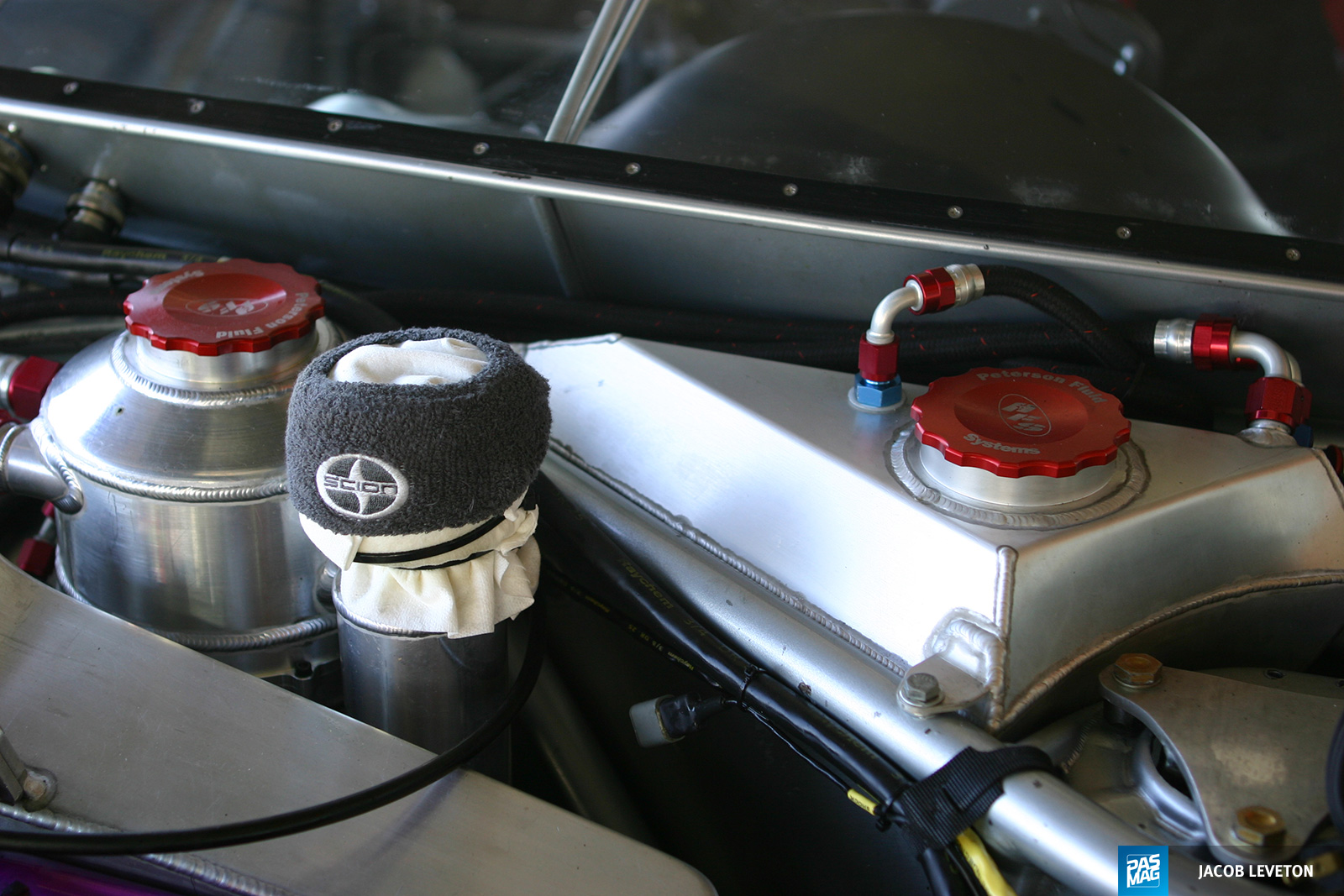 Ensuring that his engine receives enough cool air is a Precision Turbo liquid-to-air intercooler. Of course, Tran wanted to make sure the fuel for the fire ran smoothly so he decided on a Waterman fuel pump to feed the eight 1,600cc Precision Turbo injectors. Keeping everything running in order is a MoTec M800 engine management system. All the added fun under the hood produced 858 horsepower, while surviving the 7,000rpm launches off the line and 9,000rpm shifts.

With so much performance coming from the engine bay, Tran shifted his sights to the body to ensure he could deliver that power to the ground. Tran went to the experts at Brink Racecraft to build the chassis and roll cage mandated by the NHRA safety regulations. Keeping the Scion stiff on the track took some work so 550lb Blue Coil Springs were added up front while the rear was decked out with 100lb QA1 versions. The shocks were upgraded in the front thanks to Strange Engineering while QA1 once again handles things in the rear. Once all the power is generated Tran counts on American Racing TrakStar 15- x 10-inch wheels and Nitto Drag Slick (28 x 10.5 x 10) tires to keep him glued to the track. Bringing him down from speed at the top end are Mark Williams Carbon Fibre brakes up front and Strange models in the rear, in addition to the chute hung out back.

While 2006 was a transition year for Tran as he got accustomed to his new ride and its capabilities, he comes into 2007 with his sights firmly set on a pair of national titles – the Pro 4 Cylinder title in NOPI and the elusive Hot Rod crown in NHRA that he has been tantalizingly close to since entering the division back in 2001. 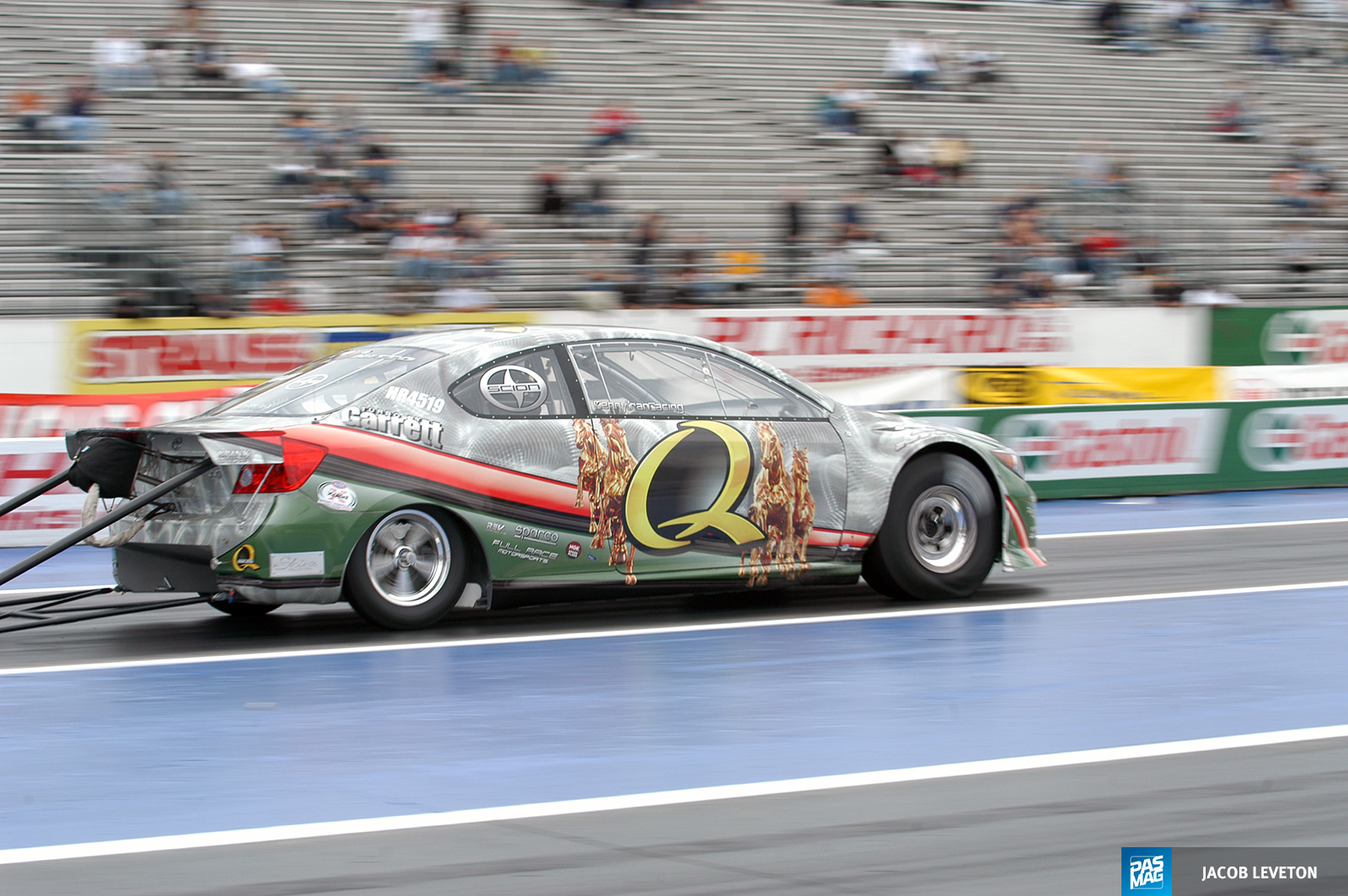 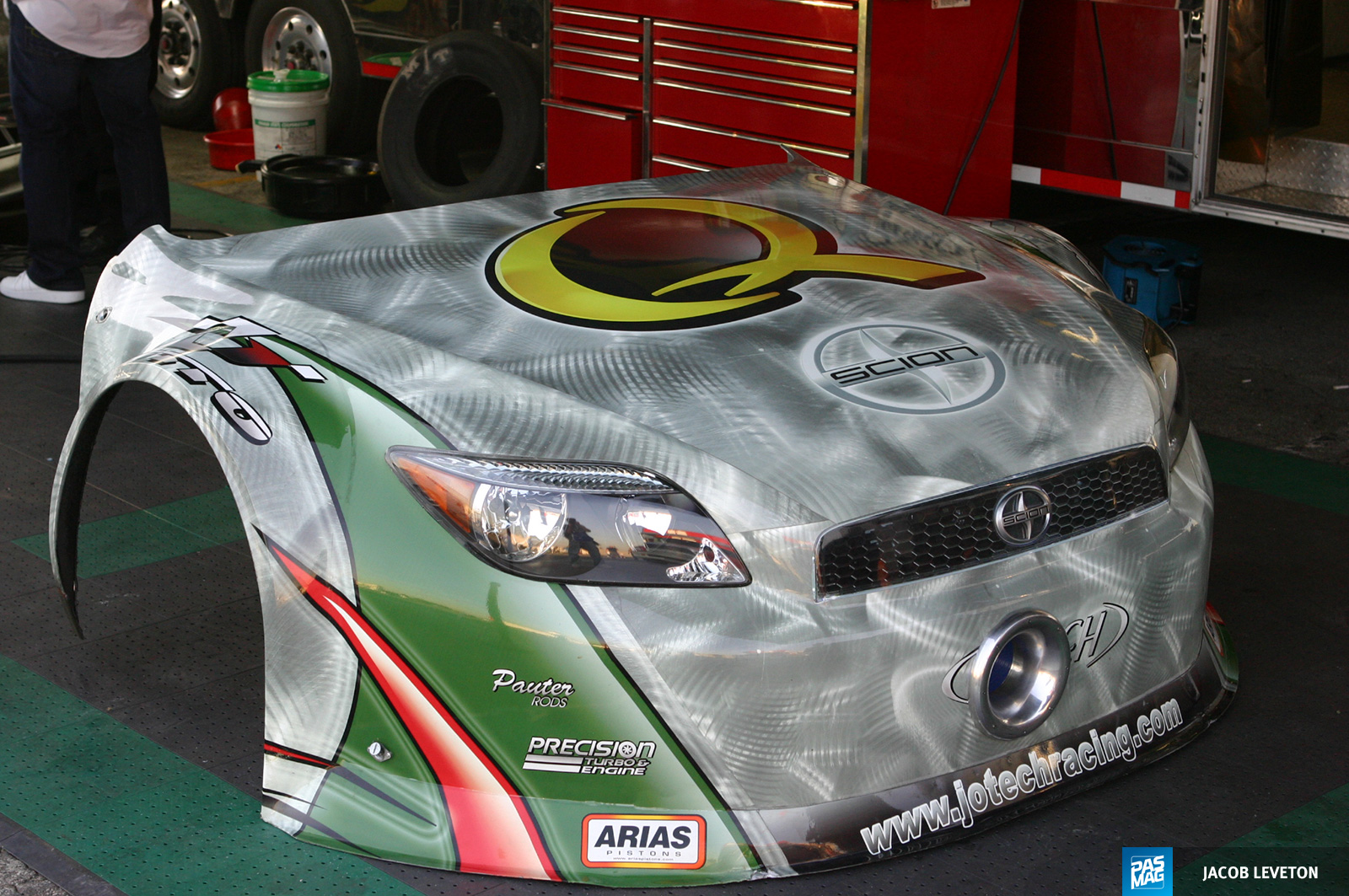 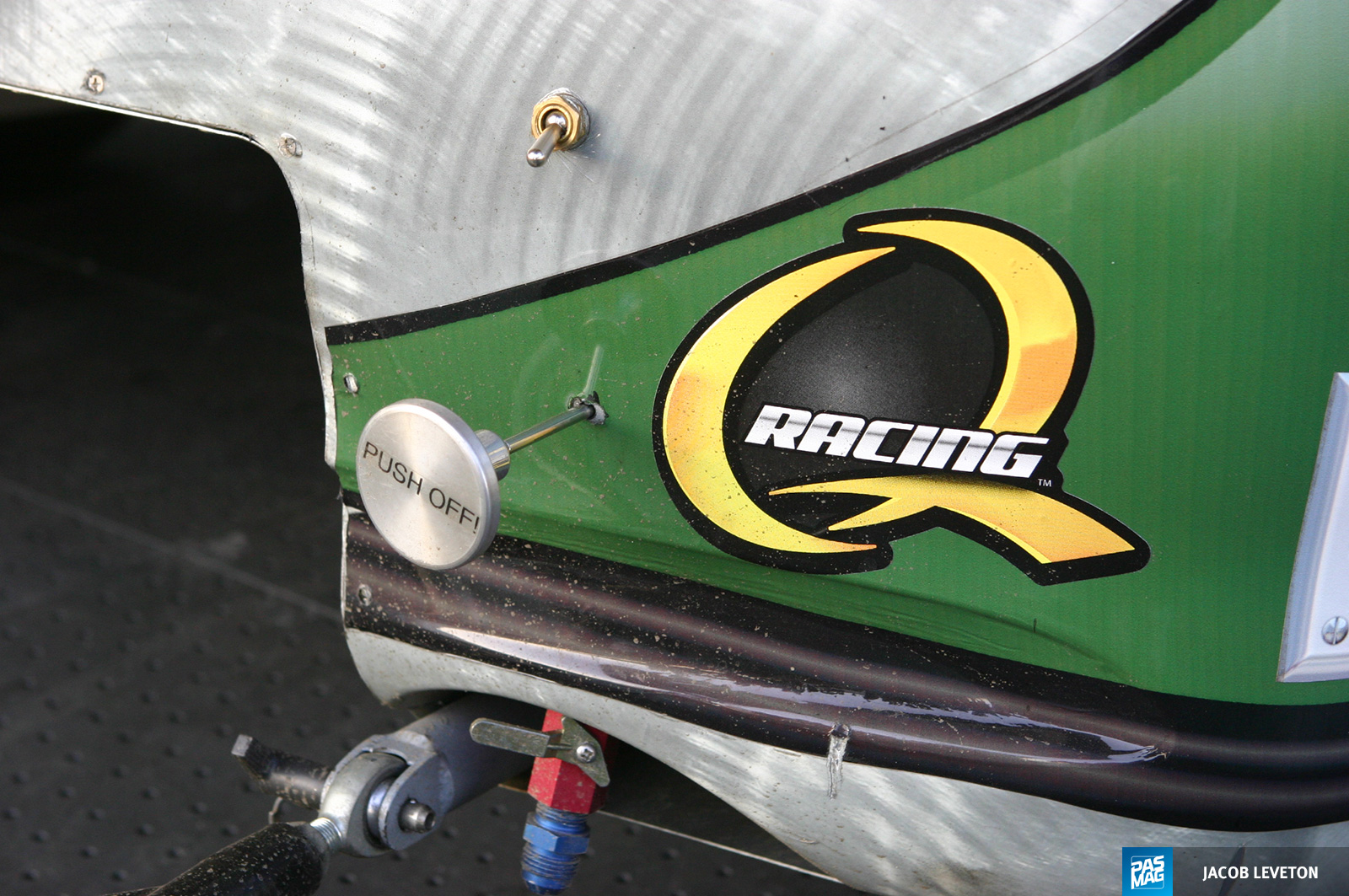 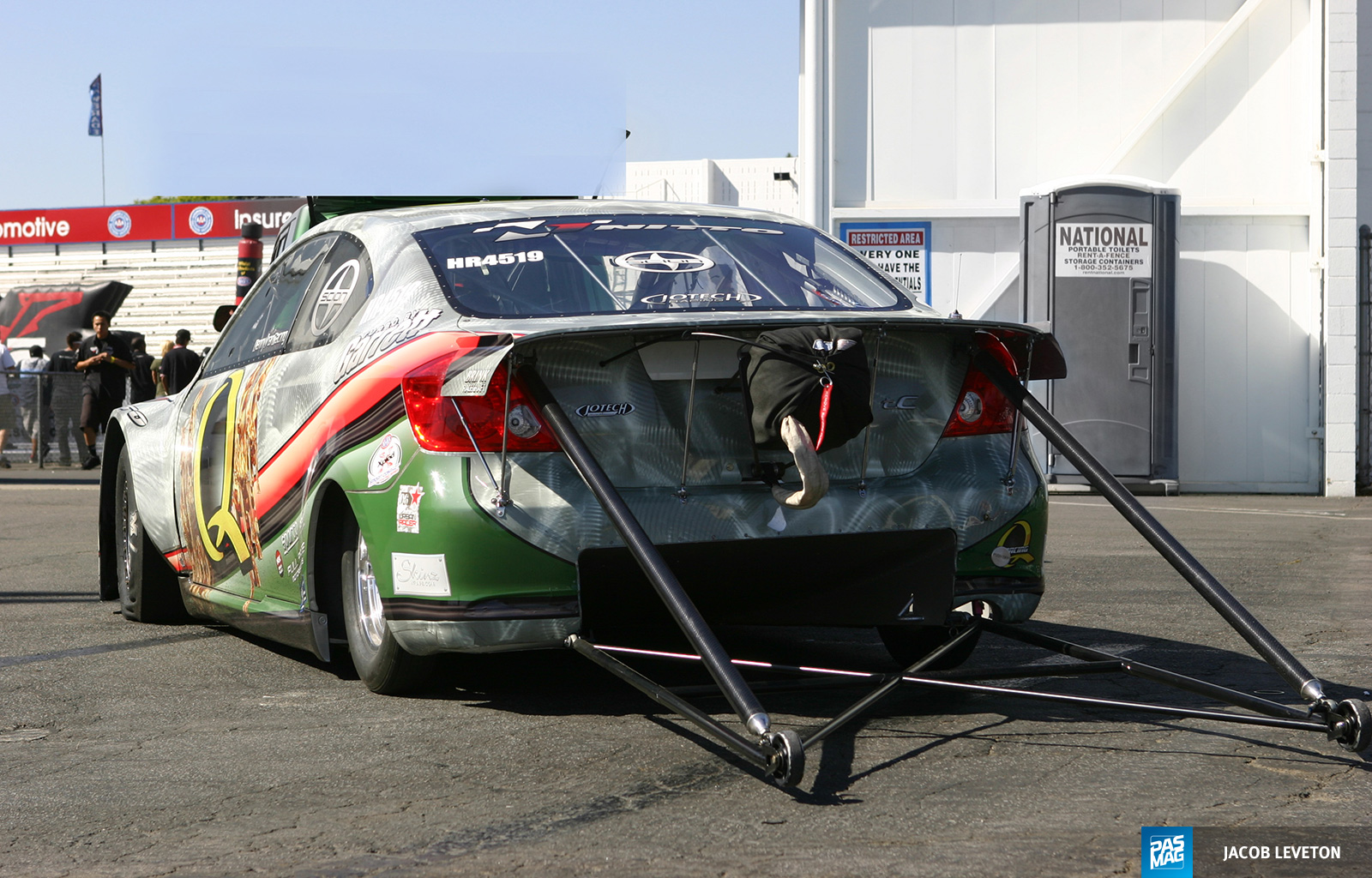 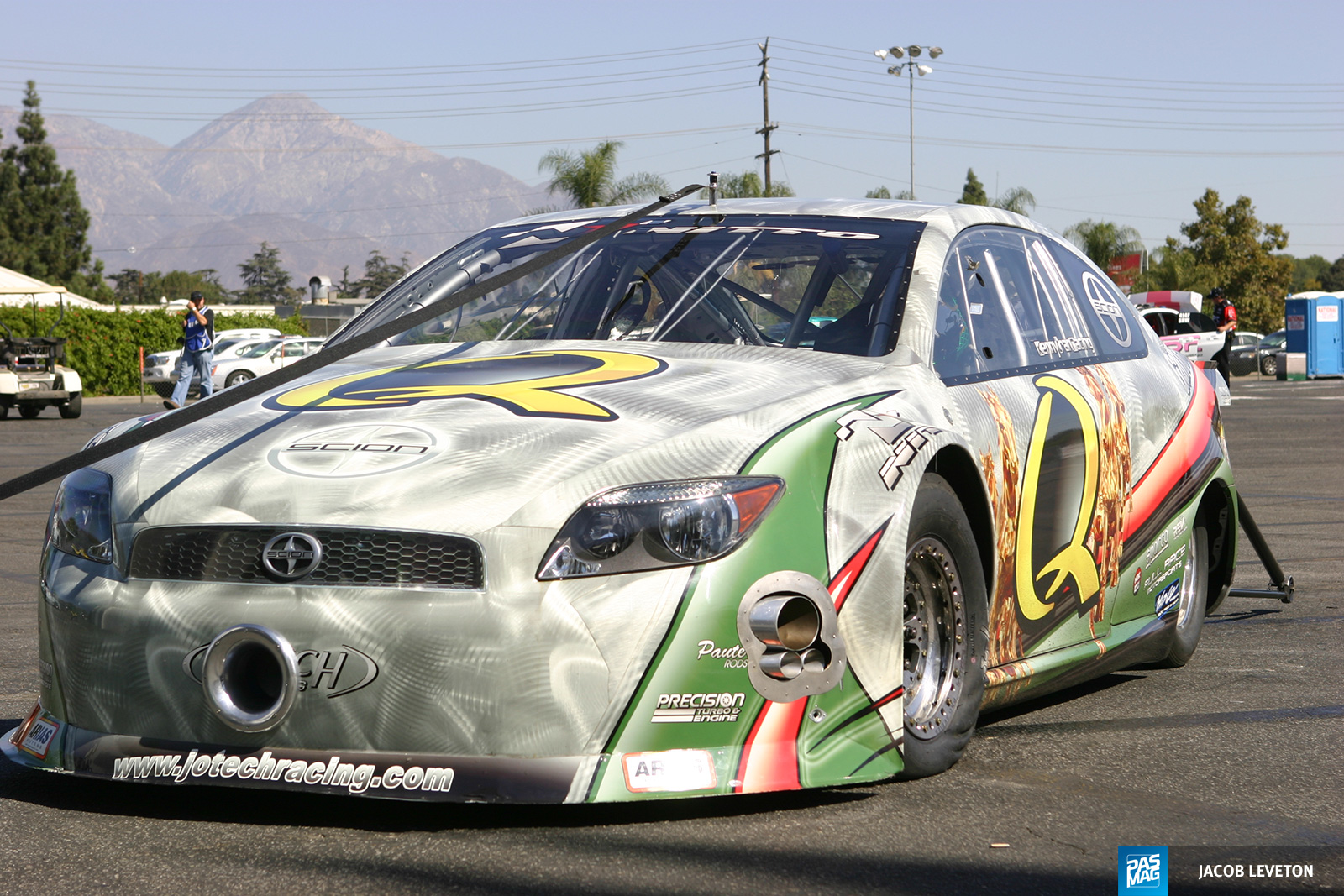 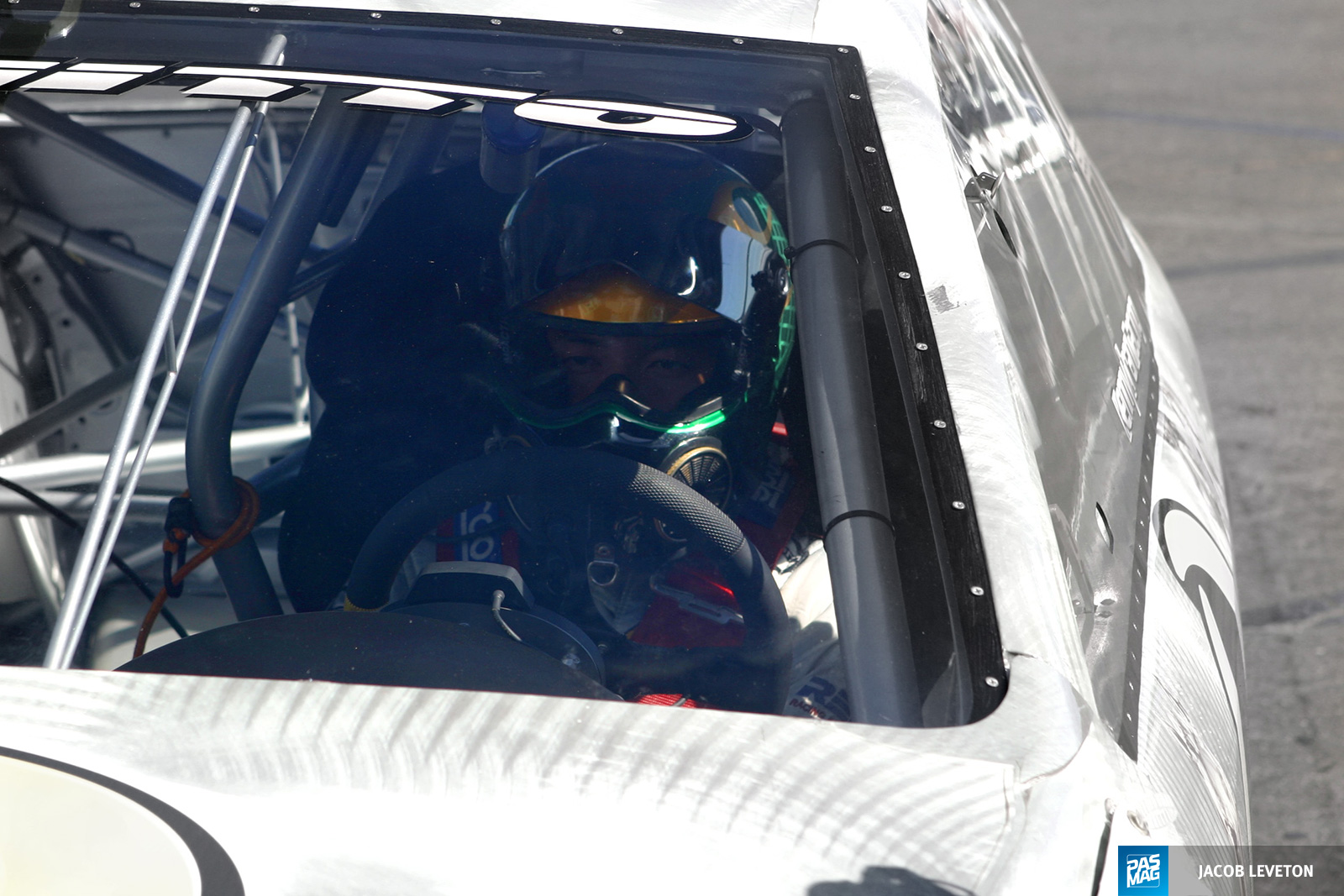 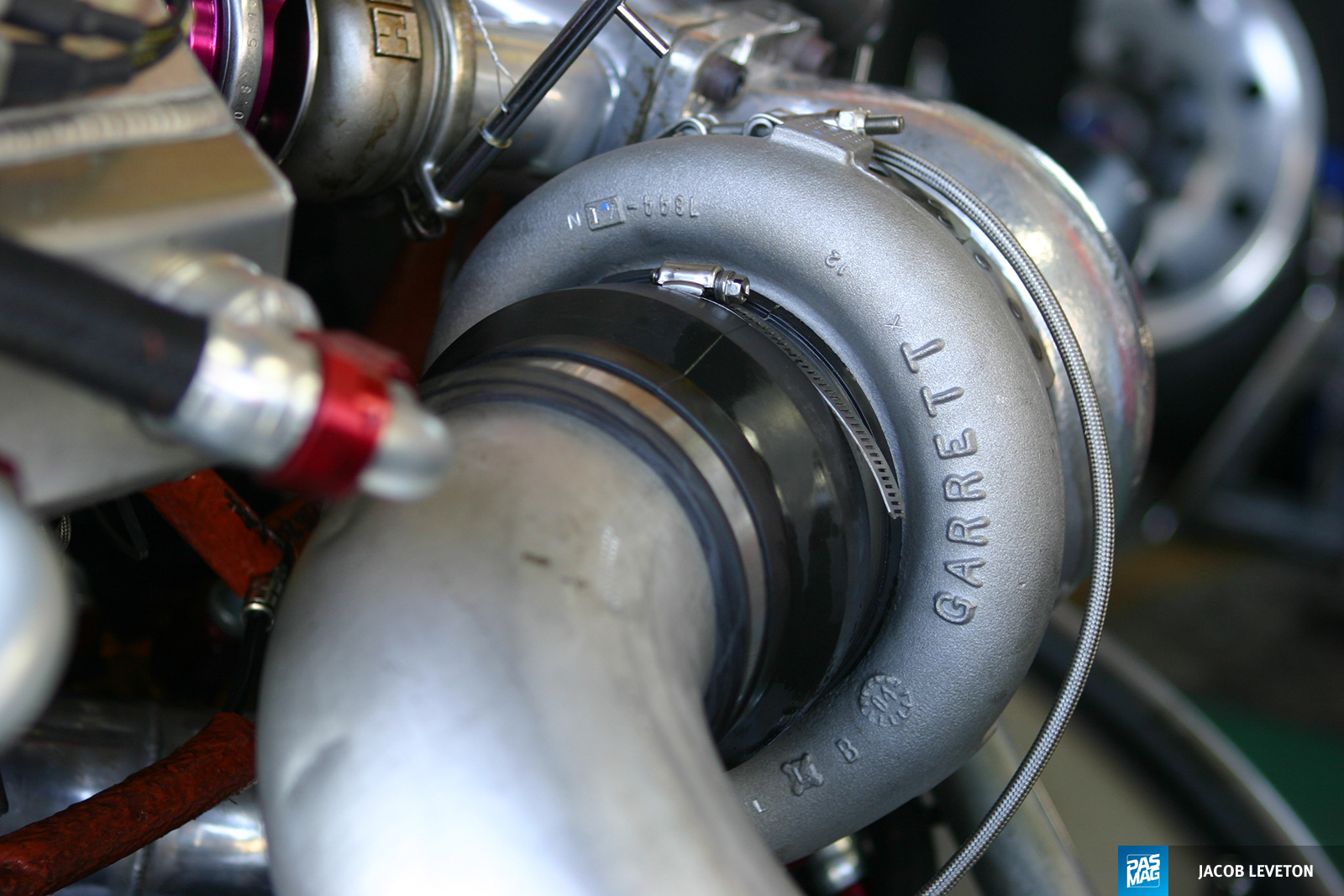 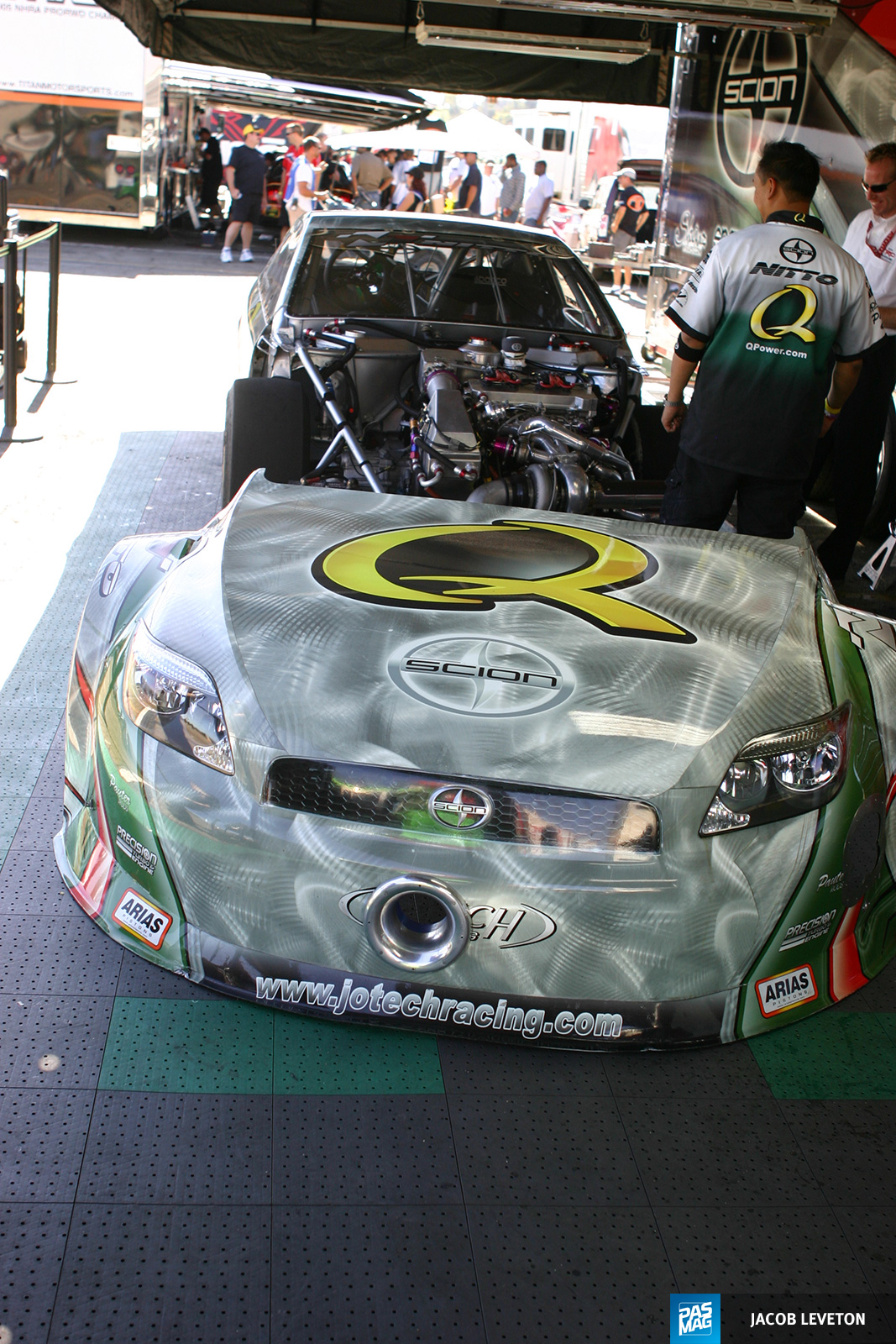 2020 Import Face-Off: Tucson, AZ - Team Hybrid
Import Face-Off’s national car show and drag racing series stopped at Tucson Dragway in Arizona, and we wanted to give a shout-out to Team Hybrid for...