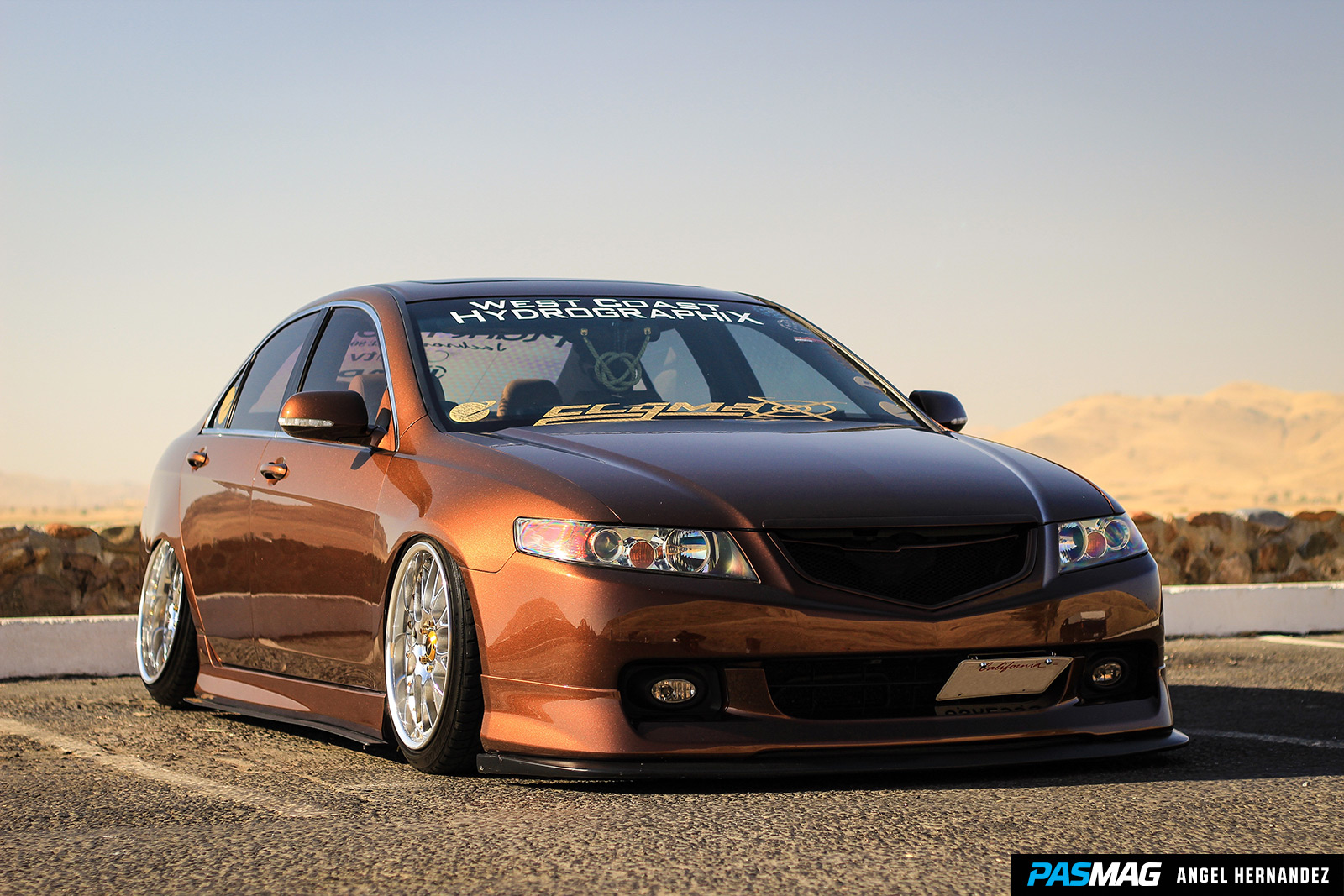 Michael Regaspi’s Acura TSX started with humble beginnings as his daily driver and family car. However, being a car enthusiast to the core and having previous build experience with a Del Sol show car and an RSX Type S fixer-upper, it was only a matter of time before the modifications started. Not long after being claimed the “family” car, it quickly became a full-blown show car that just happened to transport his family.

Regaspi tells us that the build process actually went smoothly with no hiccups or speed bumps along the way. “I’ve learned from past experience,” he says, hinting that his time spent previously building other Hondas prepared him for this overhaul. “I take pride in my interior because I did all the work in it except wrapping the seats. I did all the paint and all the VIP tables in it.”

Also in the interior is a loud audio system courtesy of a Planet Audio sponsorship thanks to Regaspi’s friend Randy of Jackson Mobile Sounds. In addition to the entertainment-infused interior, he also takes pride in the custom Rootbeer metallic paint, even going so far as to claim it as his favorite aspect of the car, naming it as the biggest eye-catcher.

As an older enthusiast, Regaspi extends his thanks to the younger guys in his local scene, as well as his team. “Most of them are younger than me and when I see them building their cars it gives this old man inspiration to follow. Shout out to team CLYMAX.” It’s hospitality and inspiration like this that makes it hard to leave the car scene, and Regaspi is a perfect example of that. Keep on building! 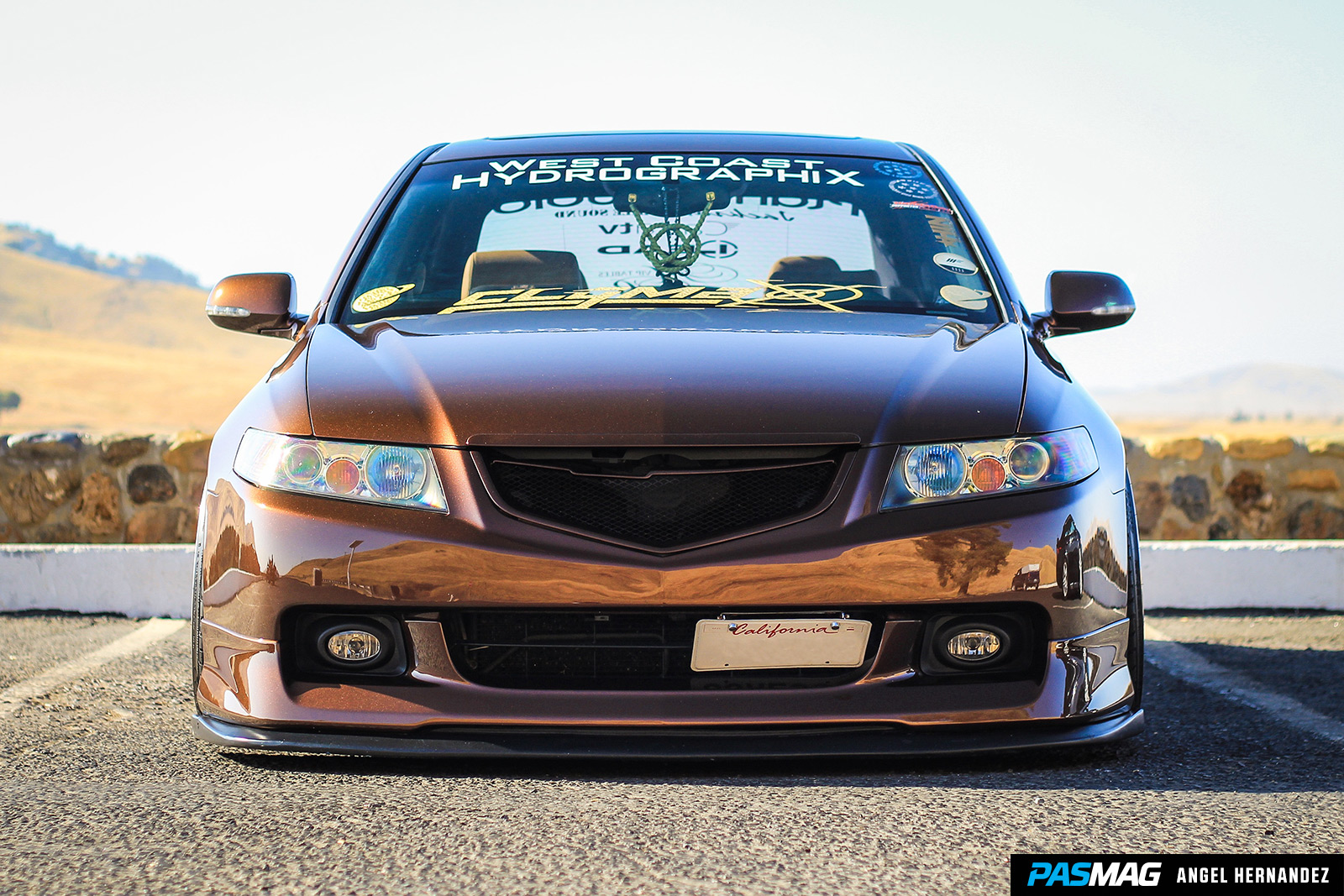 With 48% of the Popular Vote, the winner of the PASMAG Tuner Battlegrounds #TBGLIVE award category at Hot Import Nights: San Jose was Michael Regaspi with a 2004 Acura TSX! 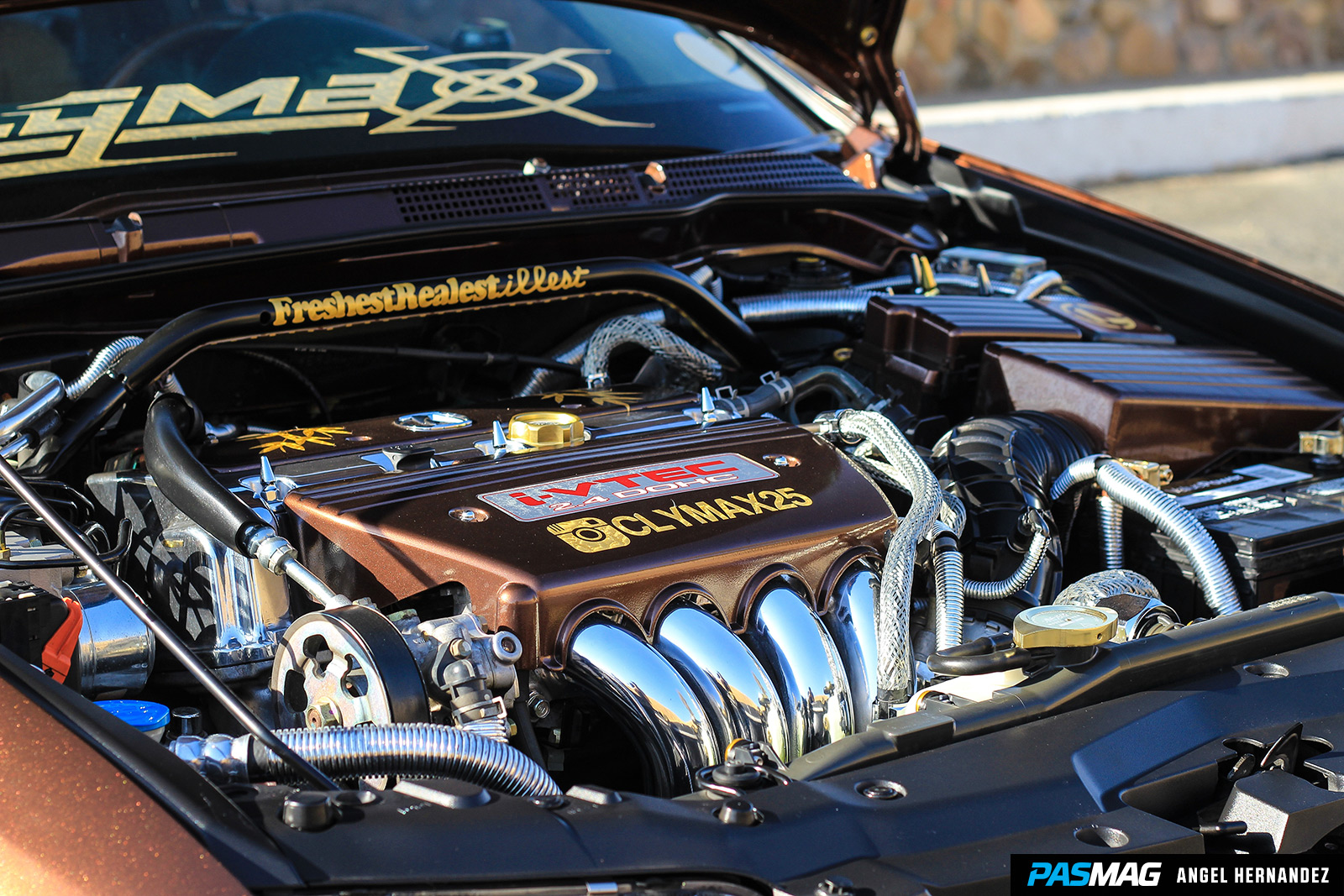 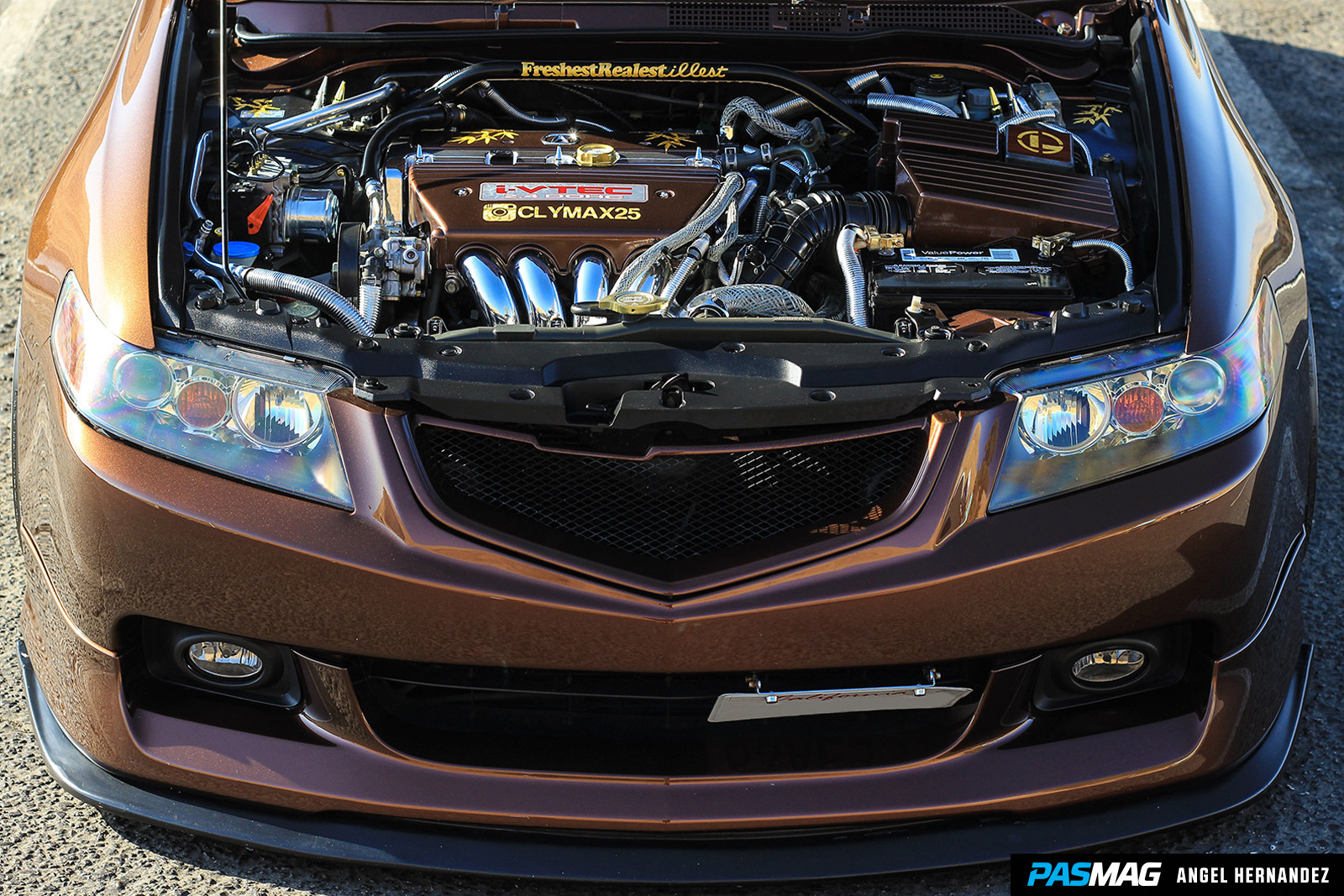 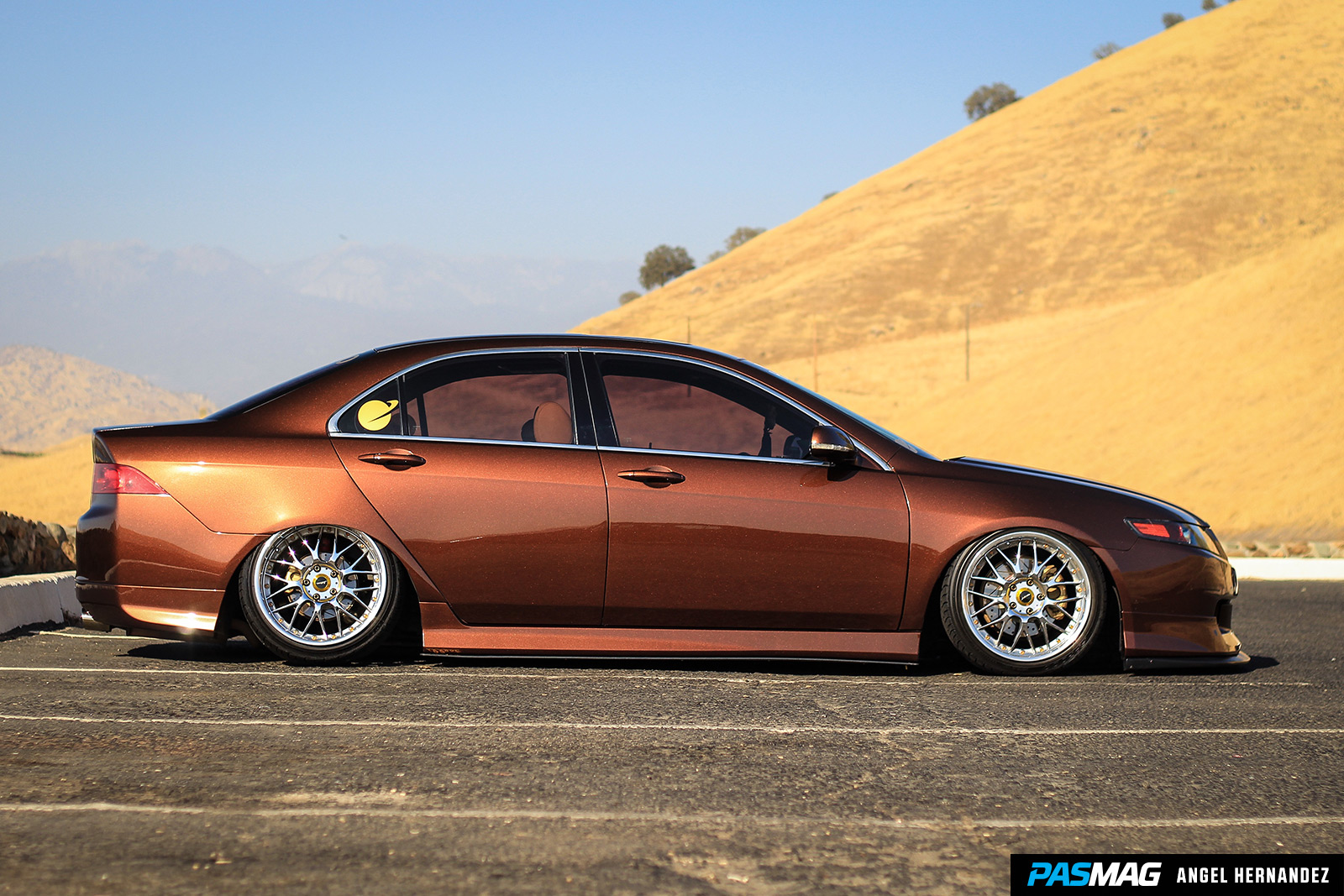 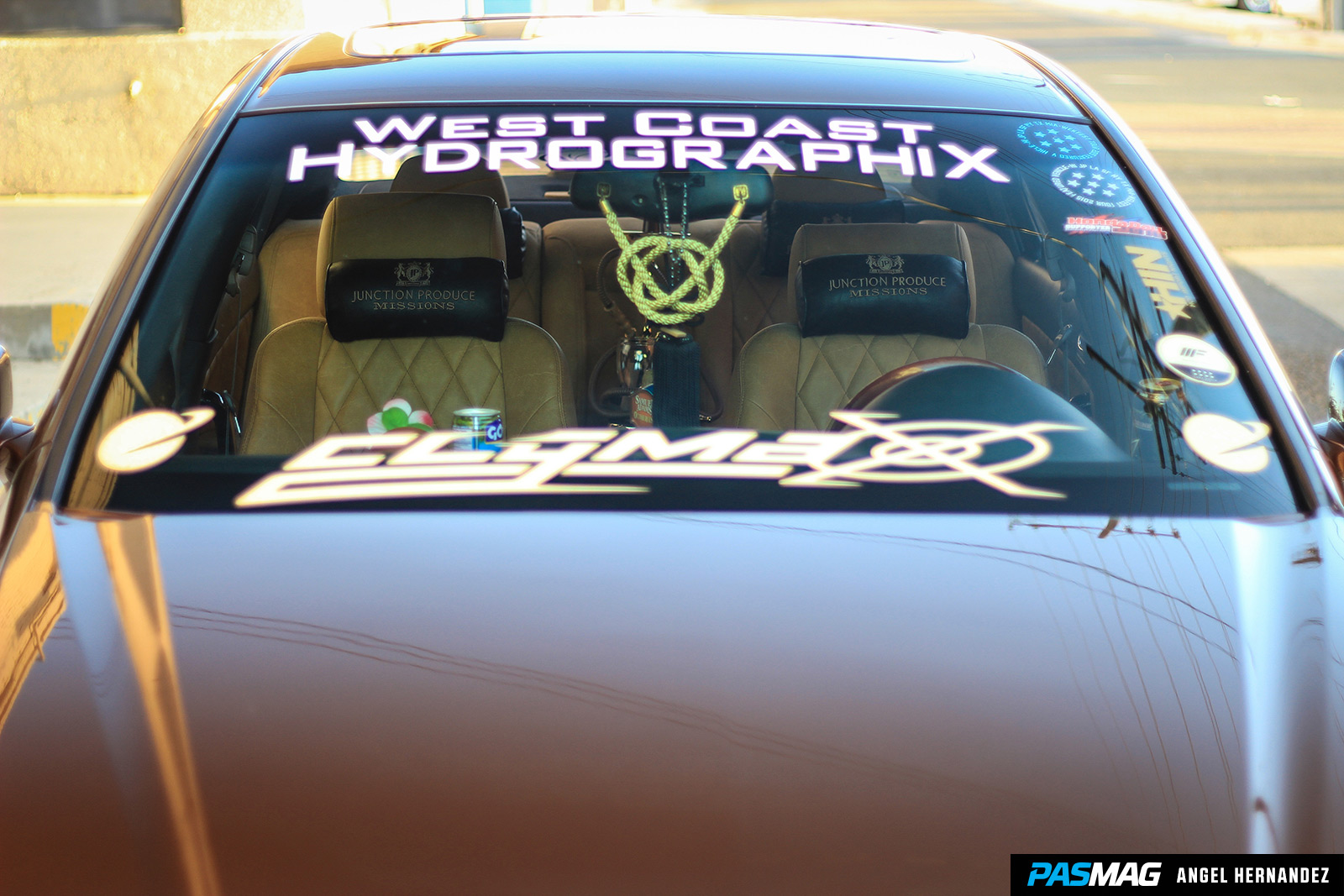 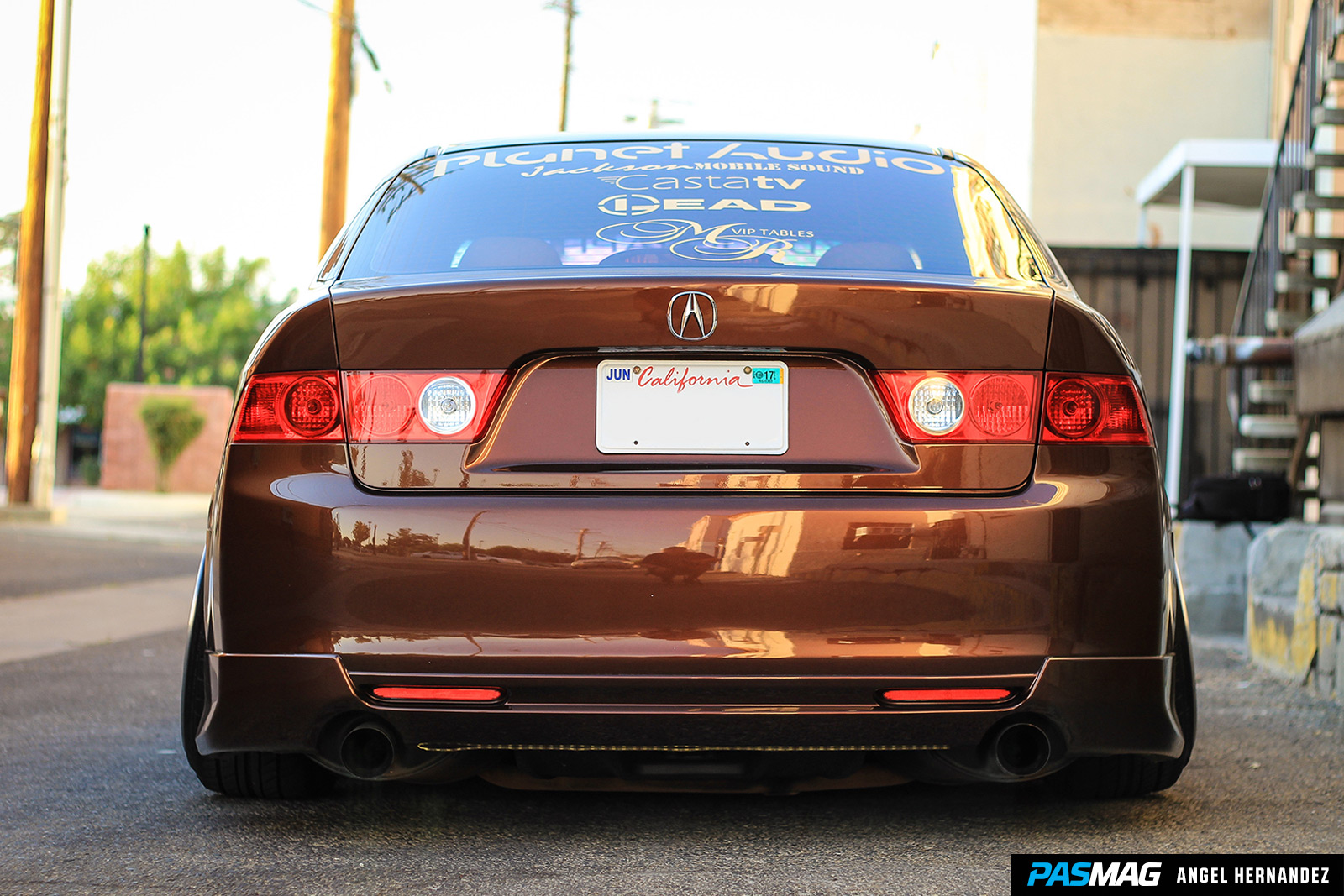 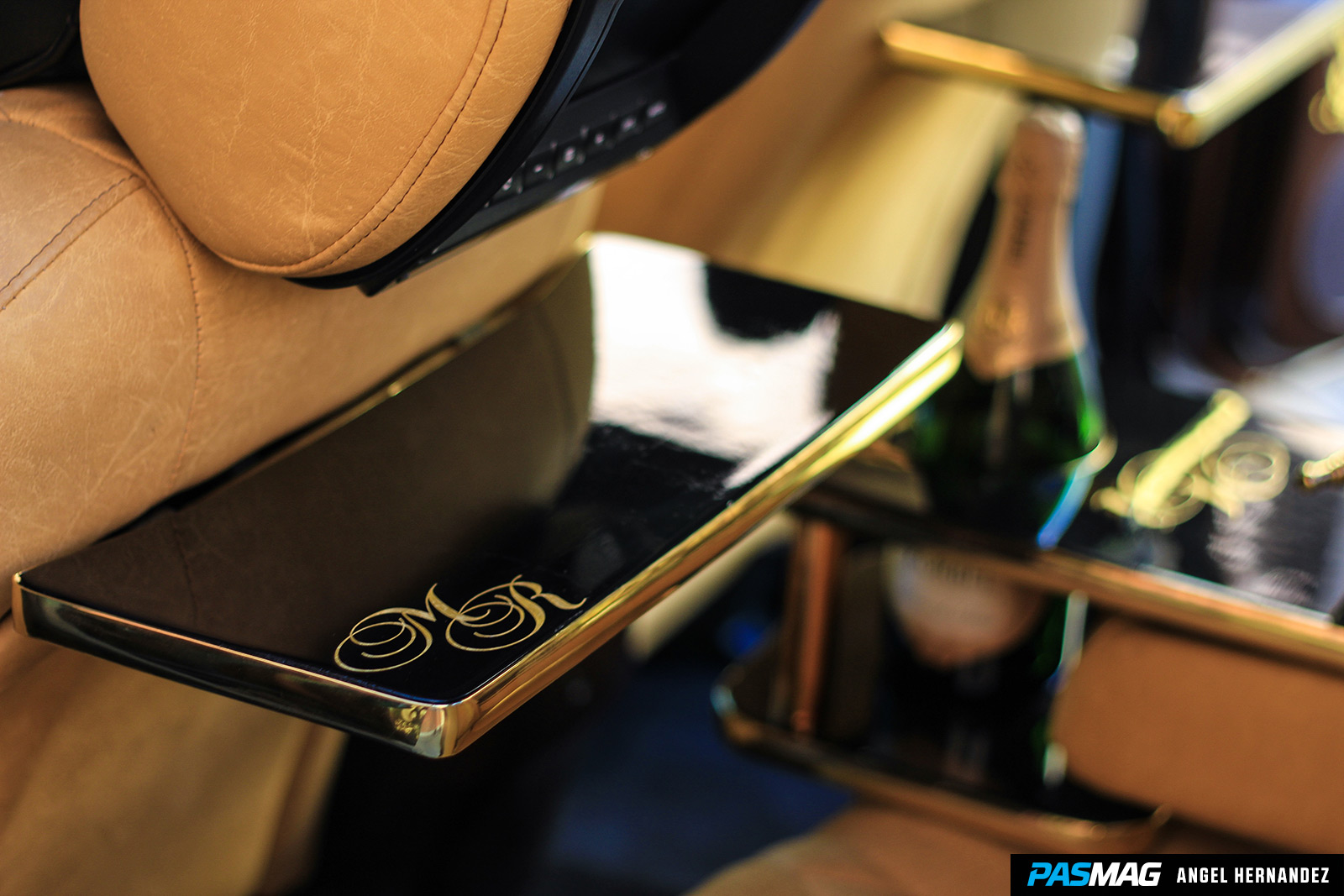 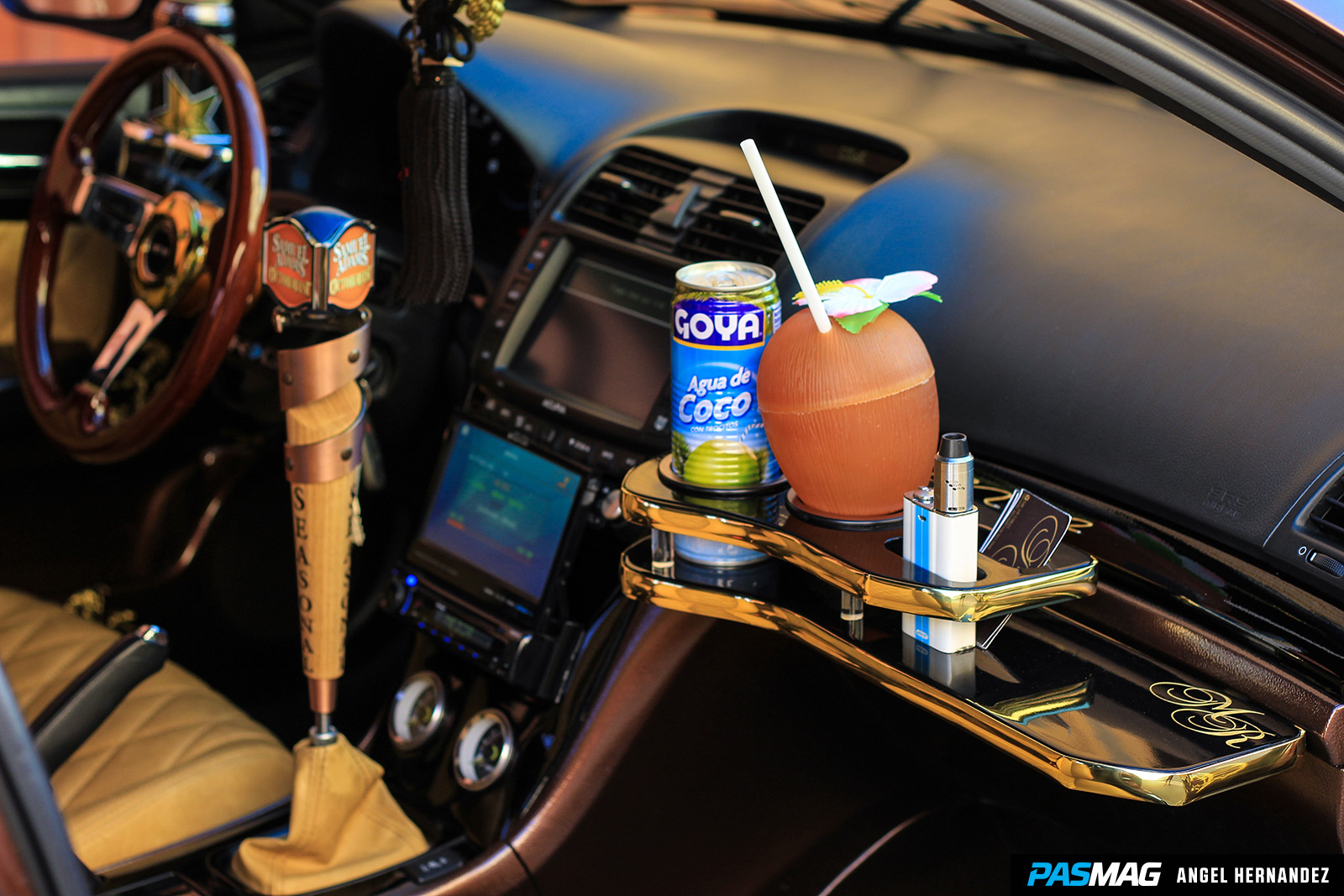 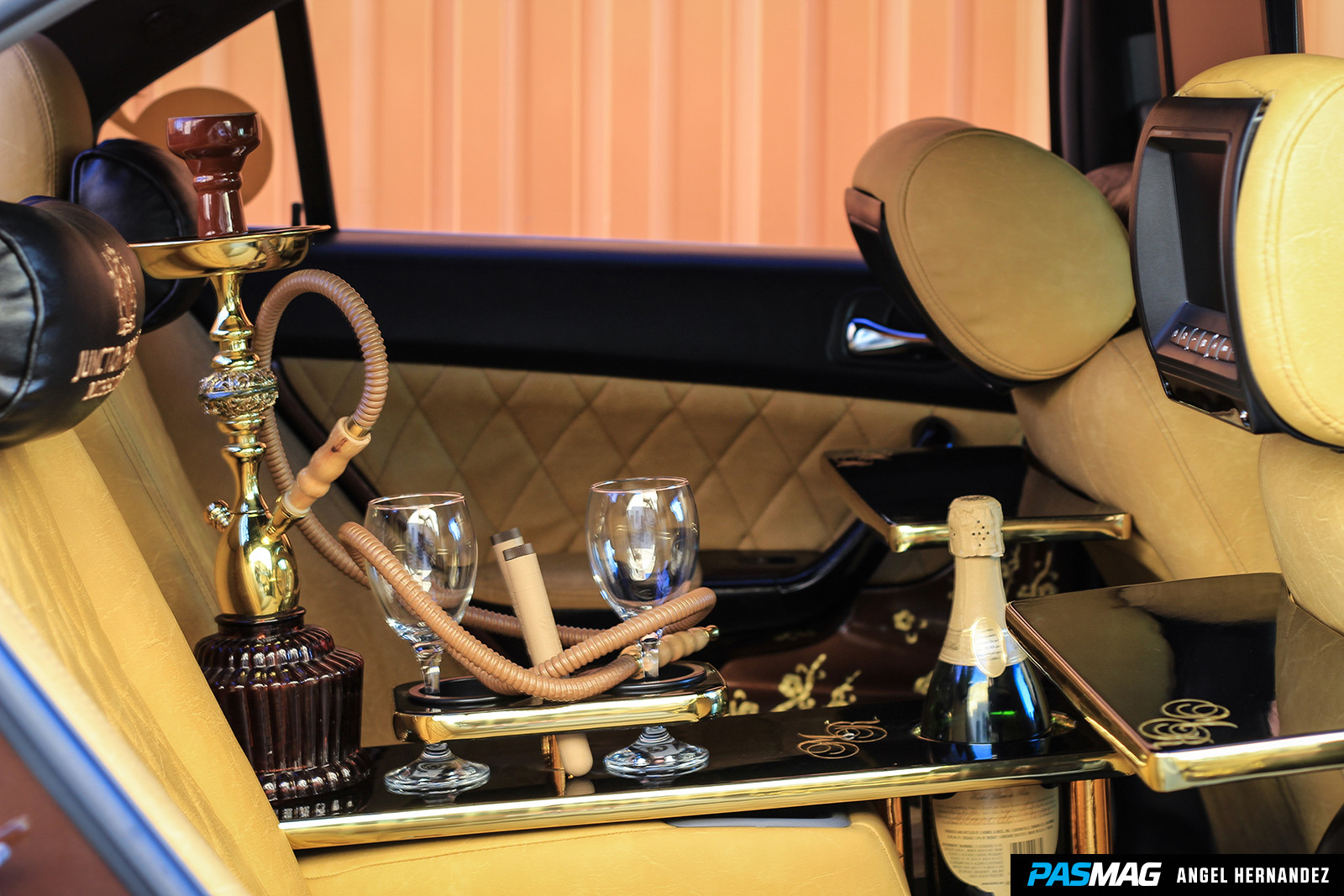 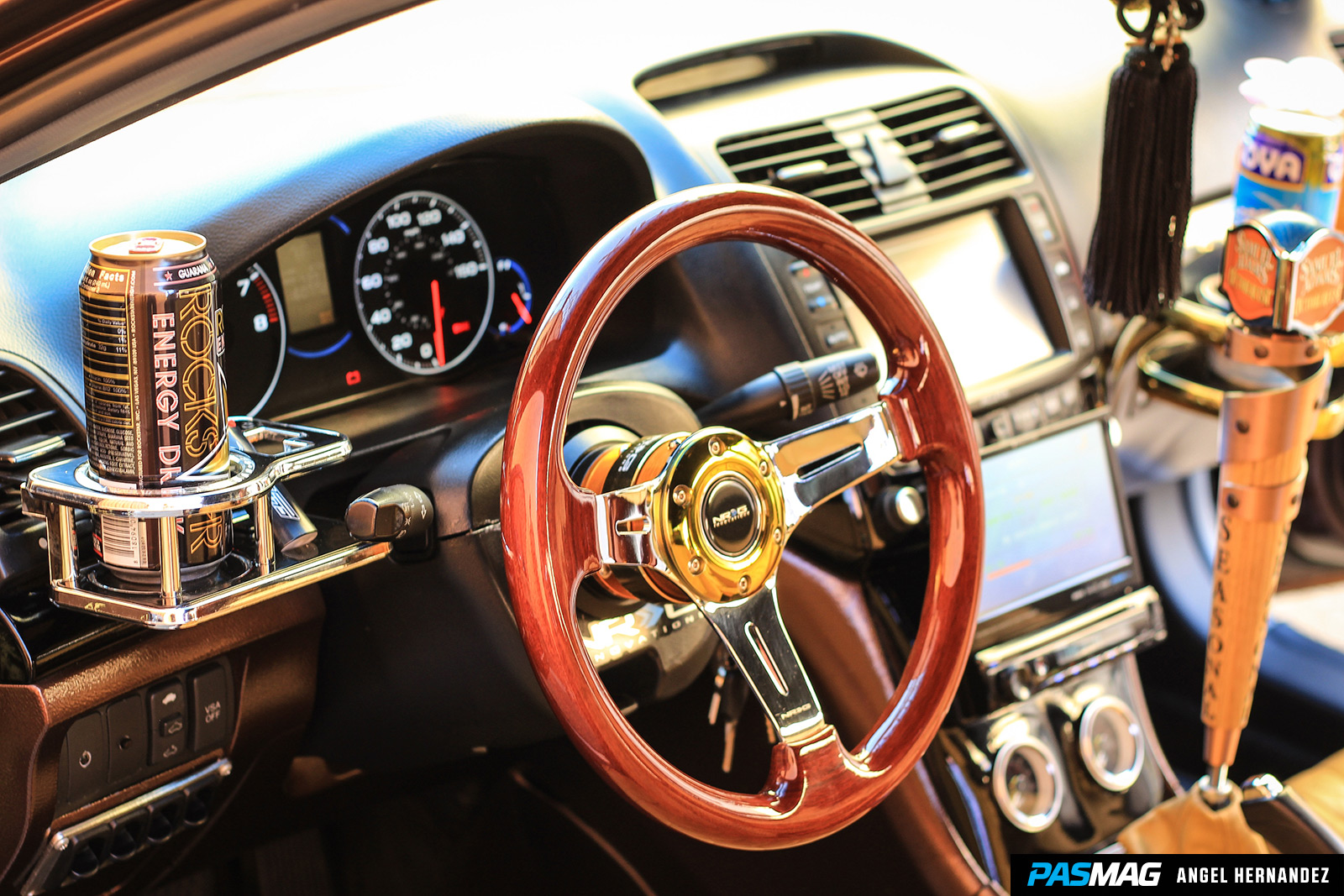 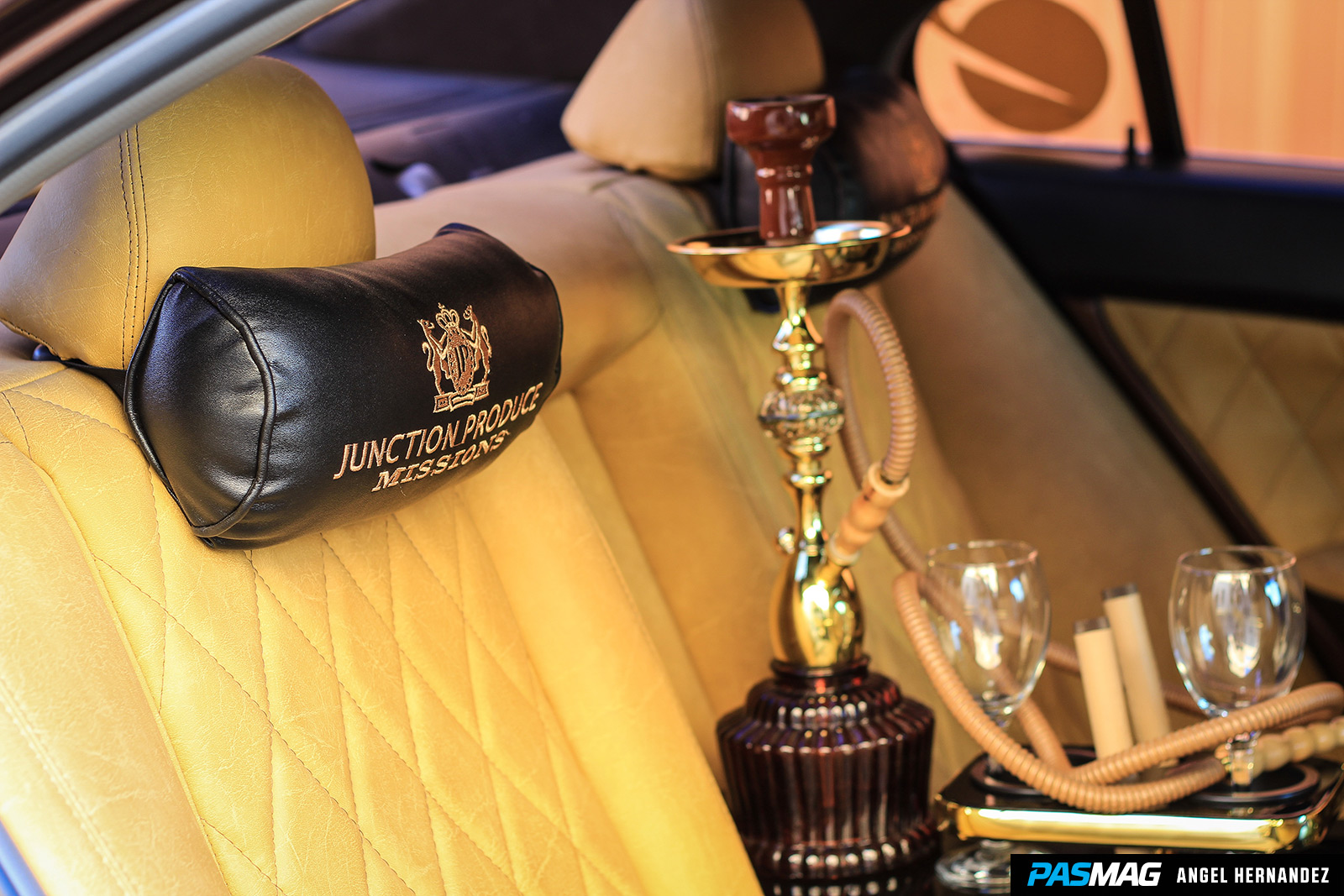 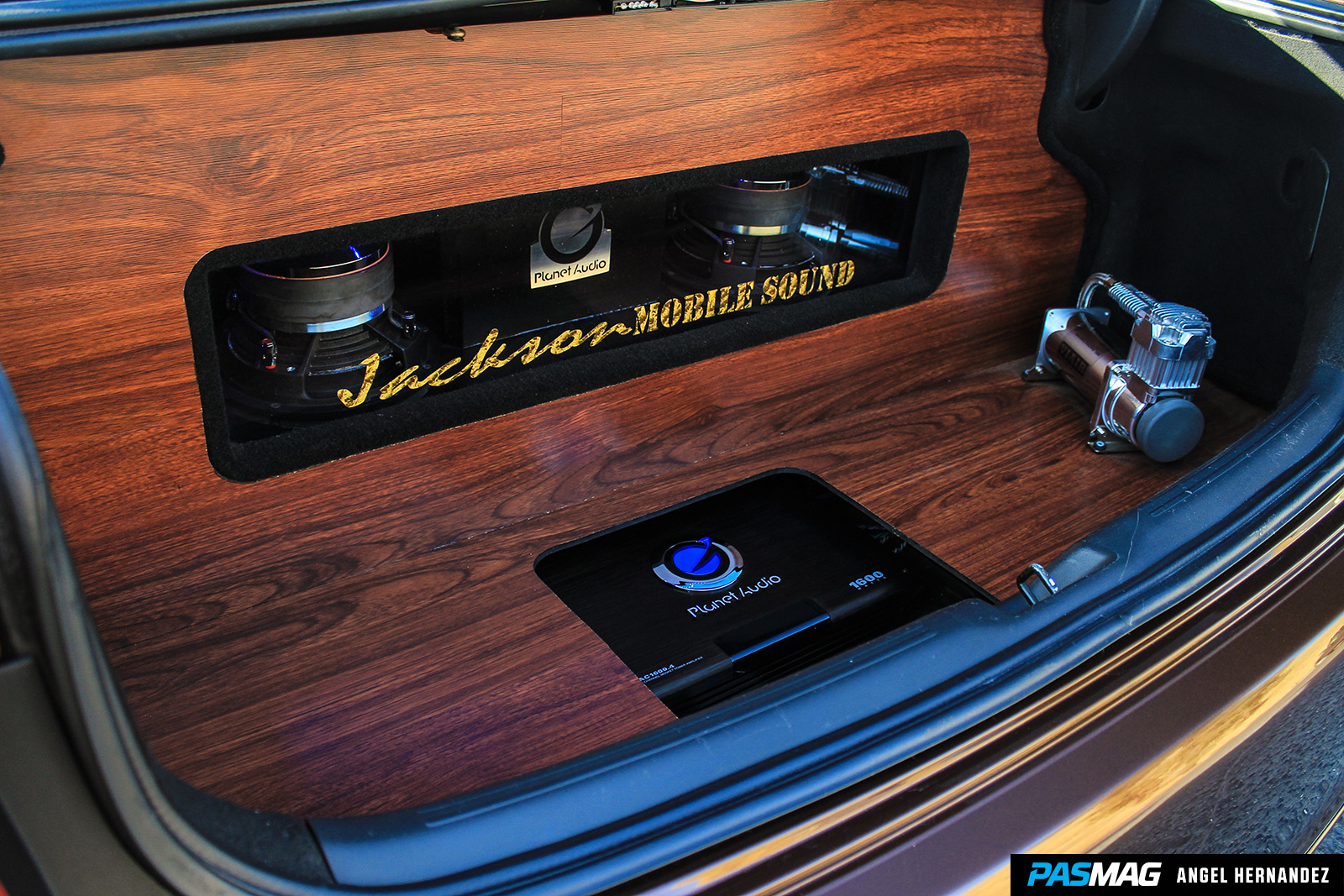 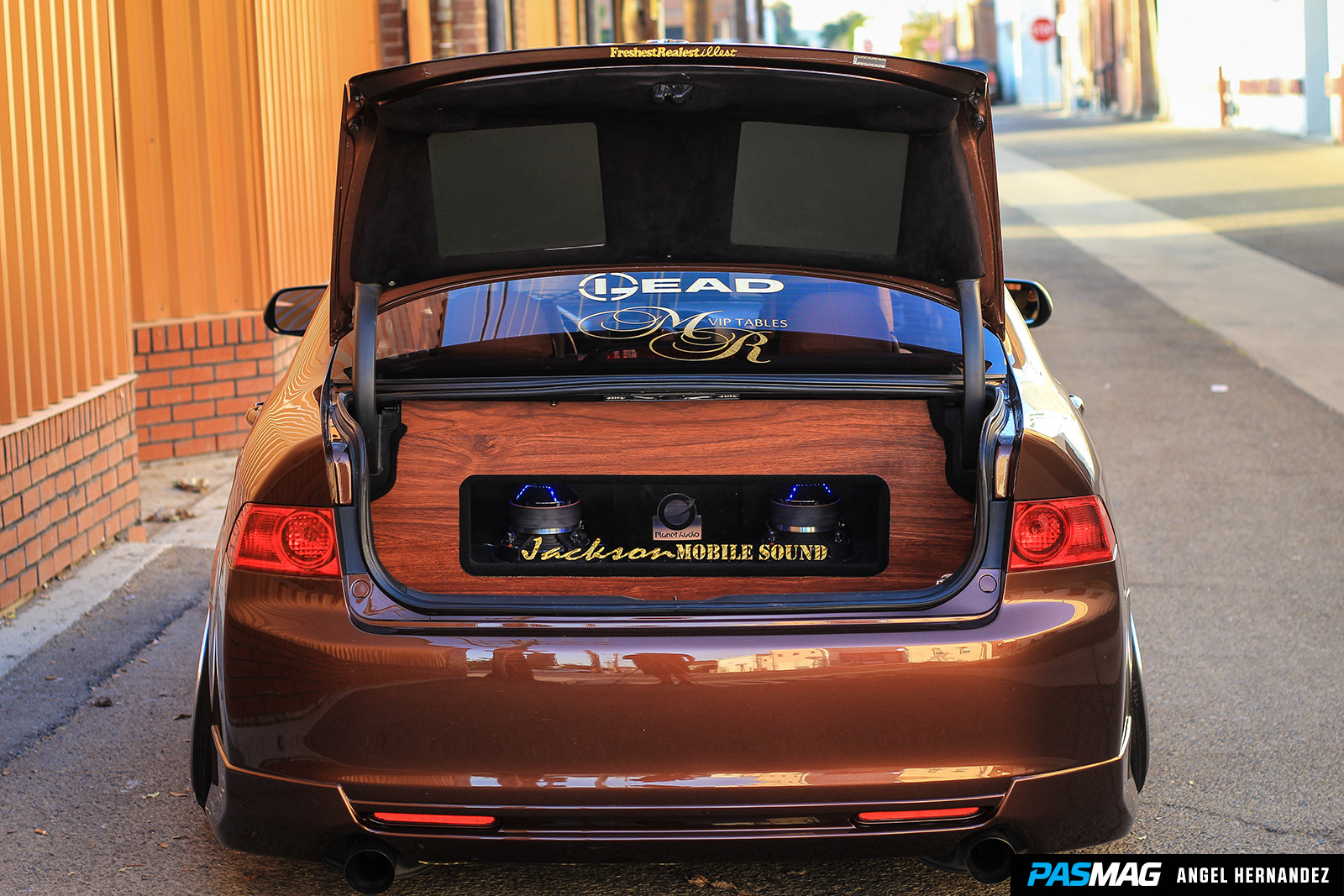