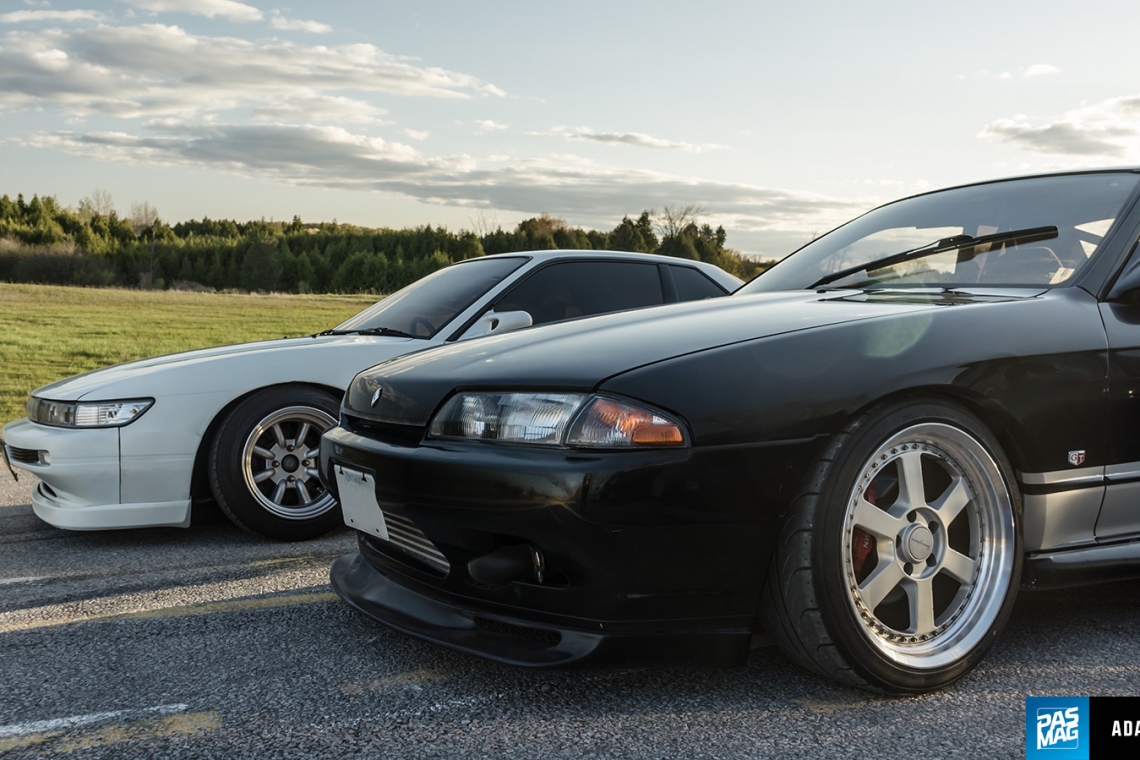 If you were to enter the car world for the first time today, the overwhelming presence of bolt-on wide body kits, flares, and excessive negative camber might have you fooled into thinking that those things are what make up Japanese tuner culture and its influence on the aftermarket. The reality, however, is that JDM car culture in North America started with much humbler beginnings, back when the only bolt-on parts were either over-fenders or under the hood. 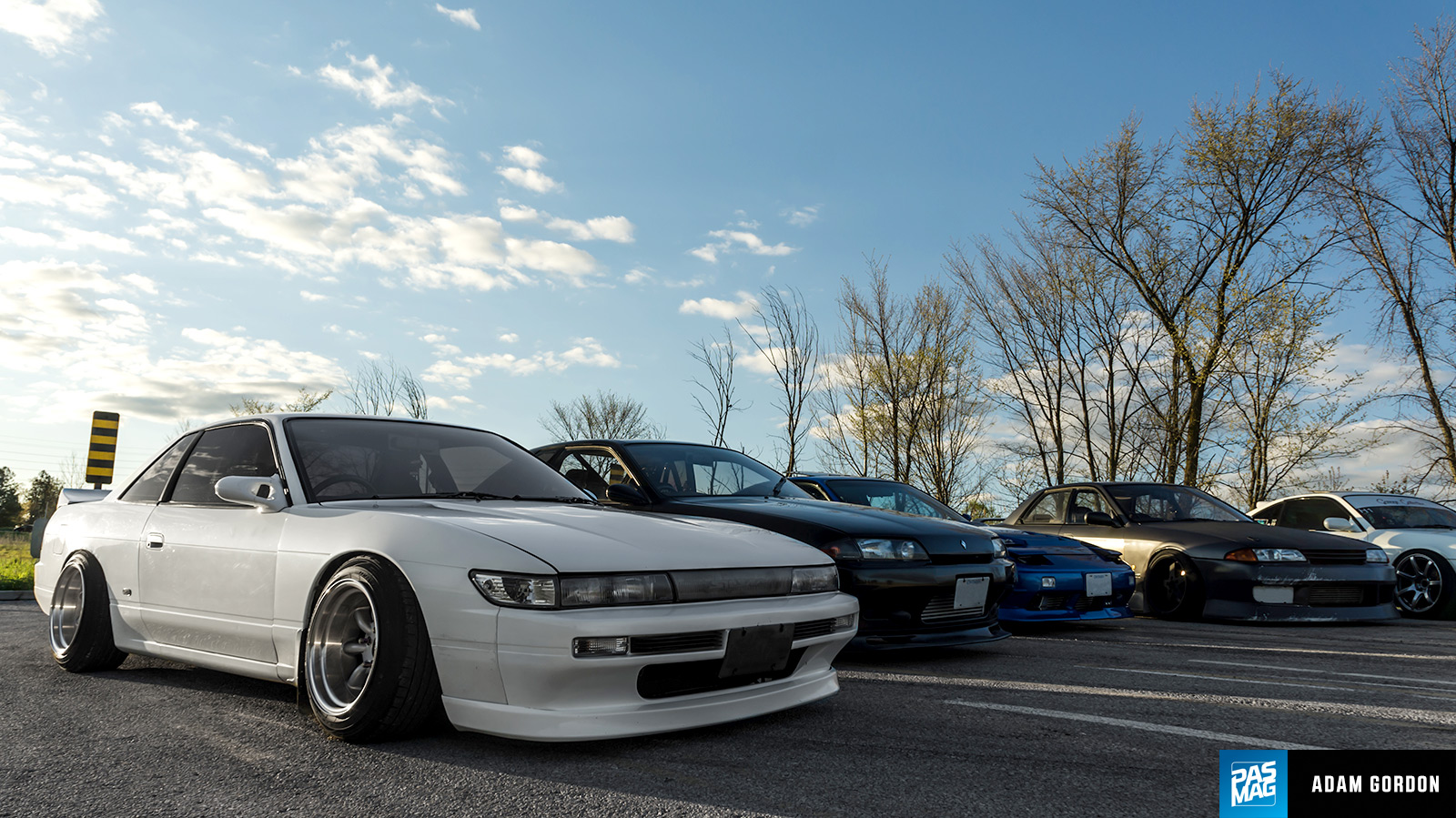 The idea that less is more when it comes to modifying Japanese cars started long before many of our readers were born, in the mountain roads of Japan during the 1960s. From there, the simplistic style evolved alongside the skill of the drivers through the decades. By the late 1990s and early 2000s, Japanese drift culture and cars had taken a spot in the limelight, especially popular among young North Americans who yearned for the unattainable compact sports cars of Japan. 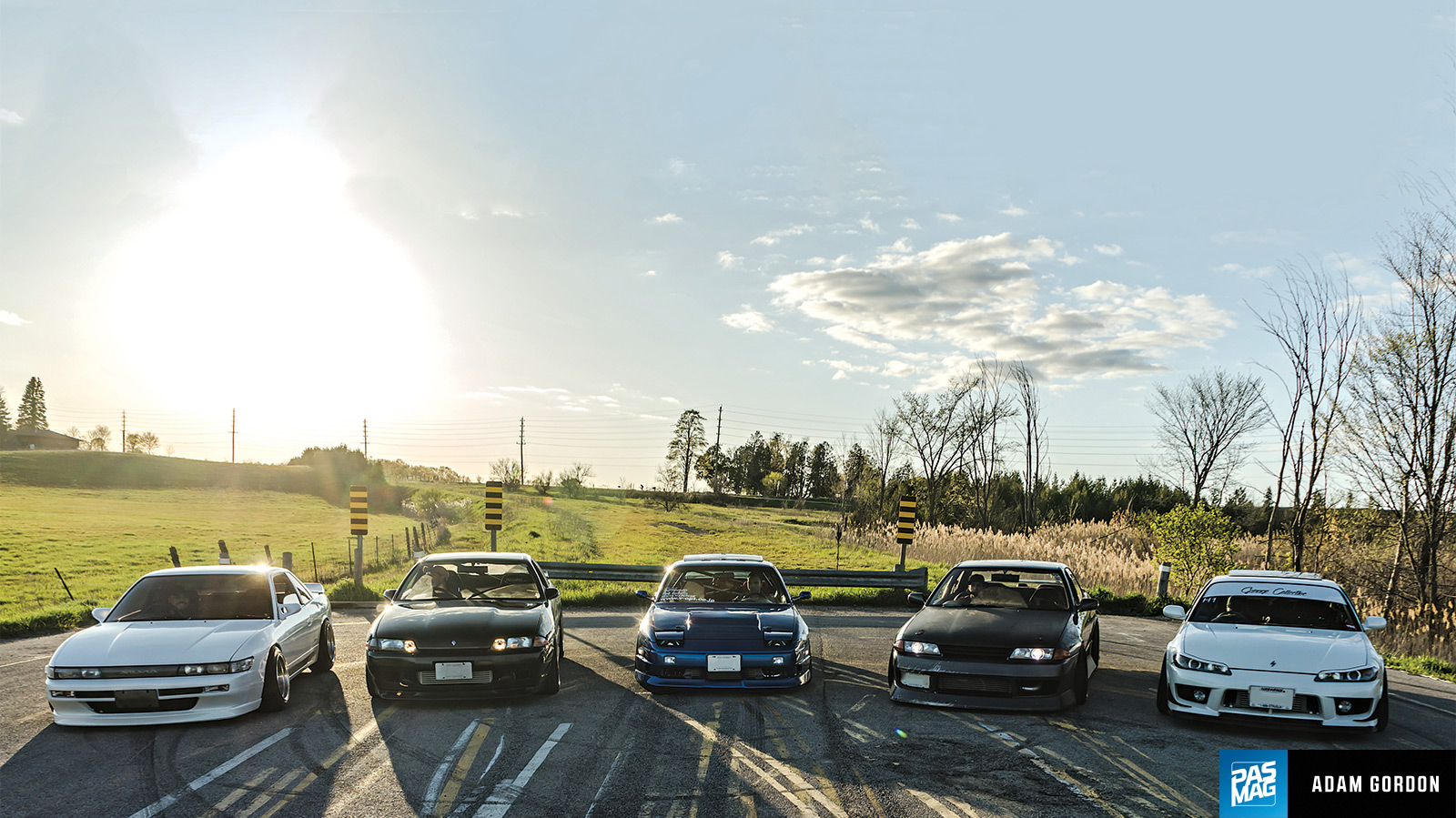 Now that these iconic symbols of Japanese car culture are eligible for import into both Canada (15-year import rule) and the United States (25-year import rule), the low-key style of the 1990s and early 2000s is back in full force on North American shores. In any car community, be it Euro, classic muscle, or JDM, there are a group of people who consider a certain era of that scene to be the golden age, but that group is especially prominent among dedicated JDM enthusiasts. 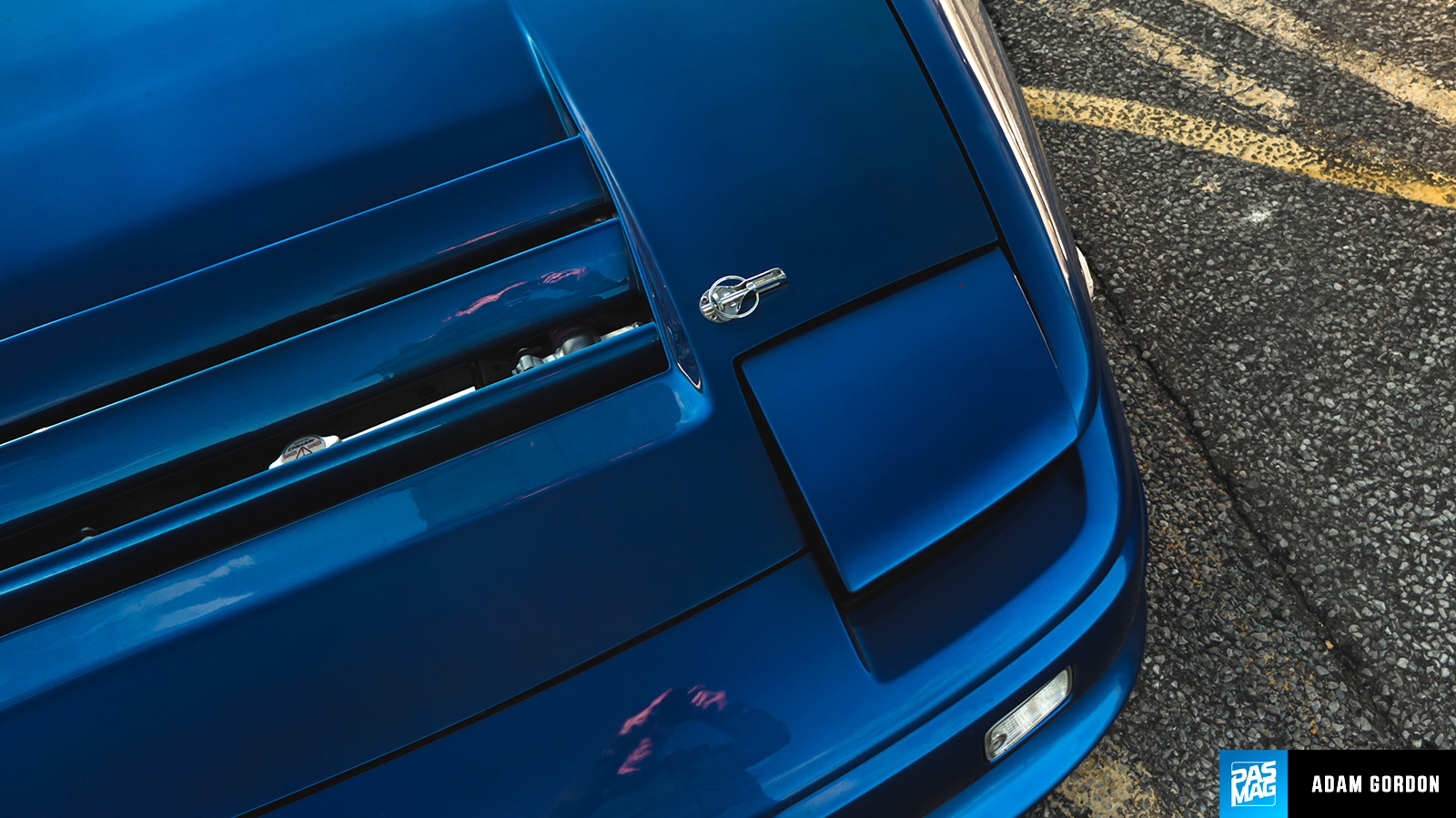 Those of you who follow the antics of our PASMAG team may already know that I recently picked up a 1990 Nissan 240SX. JDM cars of all kinds have always had a place in my heart. I had always looked at certain S-chassis examples with a particular affinity, often without even knowing why I was attracted to them. I would later learn that the cars I was drawn to had mostly been period correct examples, so tastefully modified that it almost looked like they came from the factory that way. In a way, I knew what I liked before I knew what it was. It wasn’t long before I knew which direction I was going with my car, and suddenly anything else seemed like a disservice to the platform. But why? 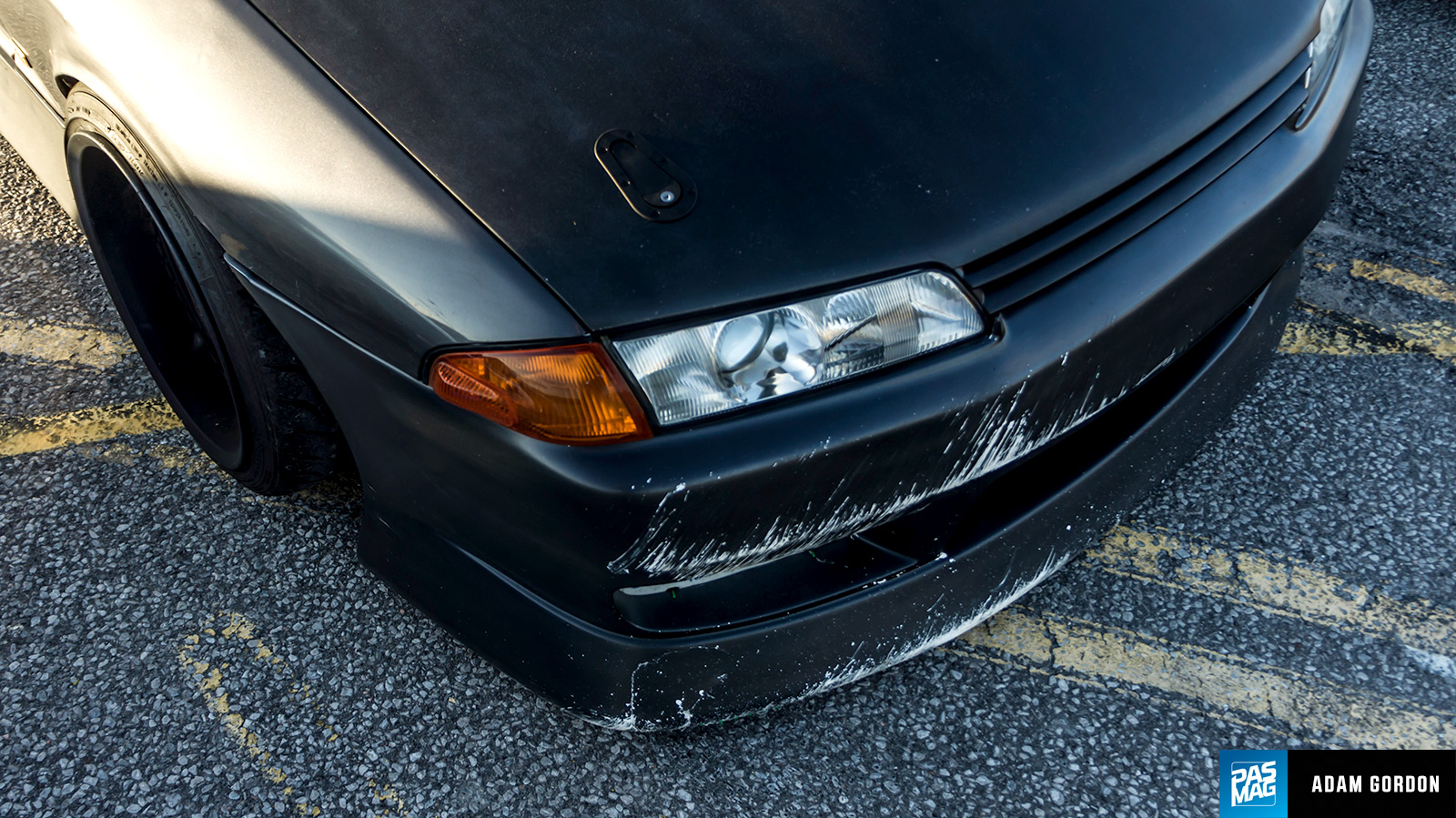 To get a better idea of why period-correctness is so important to the JDM enthusiast crowd in particular, I went for a drive with five dudes who are doing it right. The cars you see in this article belong to Mike Martino (White S15), Jordie Lewis (Black Tommy Kaira R32 coupe), Joseph Pacione (Blue Hot Road S13 hatch), Emir Espinoza (Gray BN Sports R32 sedan), and Santiago Gomez (White S13 Silvia). These guys have been all about keeping things classic since their eyes first graced the Option videos featuring drifters in the mountain roads of Japan. 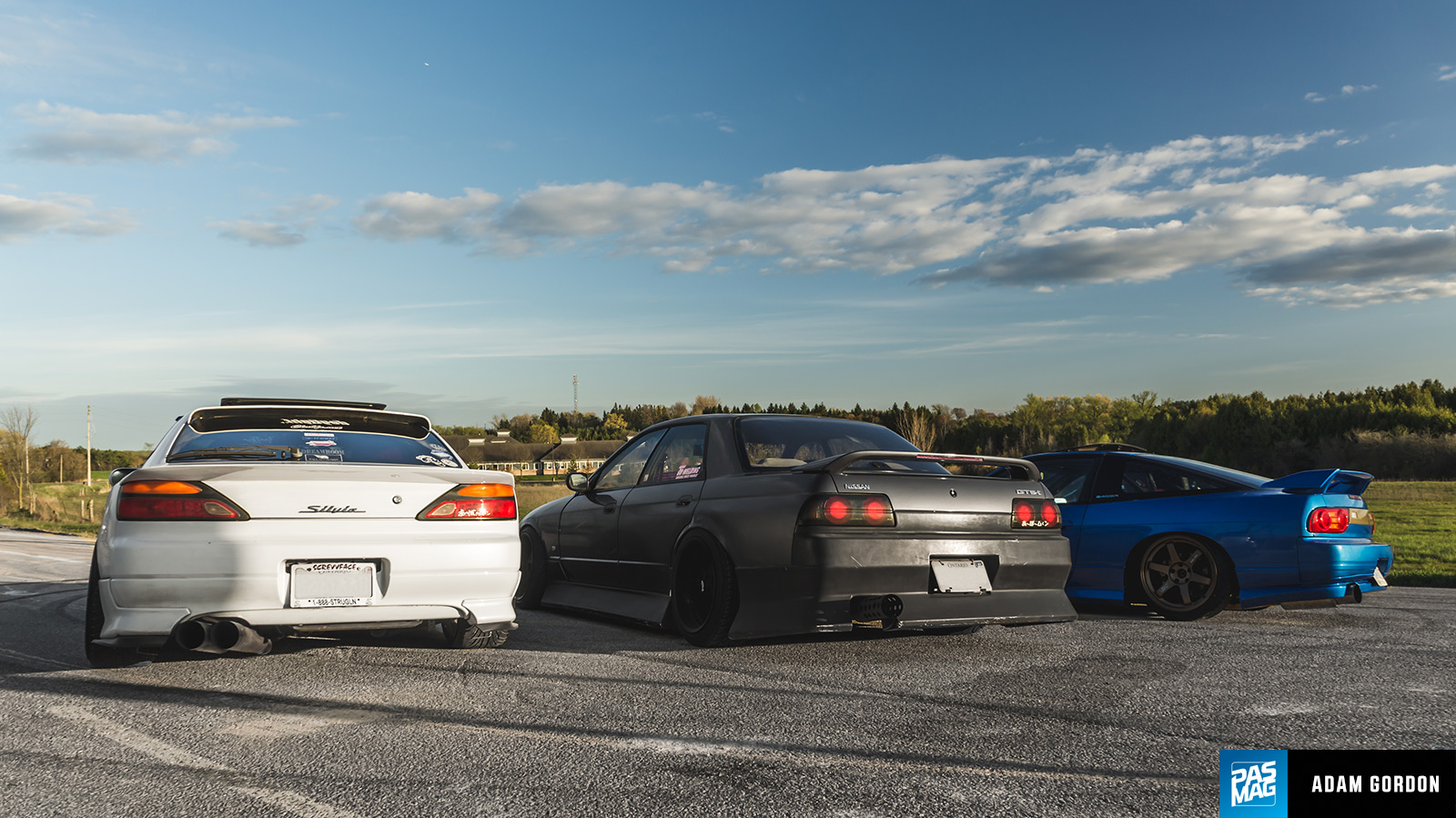 AG: How do you define a period correct car? Is there more to it than using brands from a specific era?

Mike: Period correct to me is anything that was of the nostalgic ‘90s era that our cars now are currently built on, like a proven HKS boost controller that, at the time of versions 1 or 2, was at its prime, yet now is on version 10 or better. Even to this day the technology that was first developed in certain parts trumps anything that has been made today and it’s something you can’t look past.” Joseph: “Period correct cars have a certain aura/feel to them, be it JDM, muscle, or European cars. For me personally, period correctness is the feeling that the car came from a certain time period and place. When you look at it or hear it drive by, you can imagine it being exactly the same way during its glory days.”

Emir: “It’s definitely more than just using brands from a specific era. The overall style of the car has to follow similar styling from the era. Things like ride height, color, vinyl, stickers, etc.” 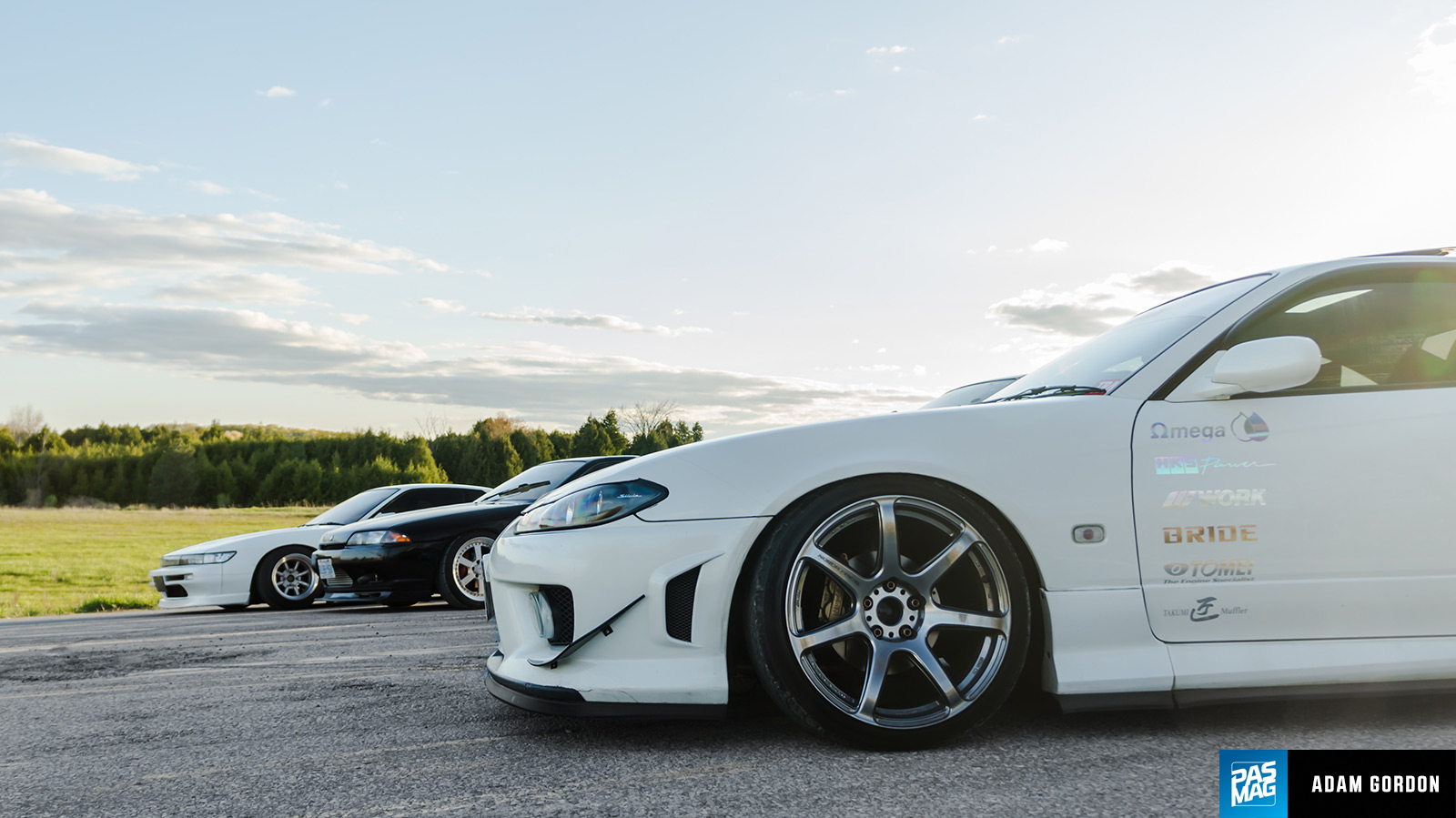 When you first got your car, did you have intentions to follow a period correct style right from the beginning?

Joseph: “For me, yes. I love doing research on things I truly enjoy. I got into drifting when I was about 12 or 13 and from then on had always been researching and watching old Option videos. I quickly fell in love with the styling of many of the 180SX drift cars of the early 2000s. By 16 I had planned every part (wheels, body kit, hood, seats etc) that I wanted to own one day, and where to buy them. I wanted to build this exact car since I was 16. I’m 24 now.”

Santi: “No way. To be honest I had no clue what I wanted to do with my car. I was lucky enough to be able to start with a super clean slate, and I always knew I wanted to keep it simple. Now, almost seven years later, the car has gone through various different looks and styles, but always with cleanliness as priority.” 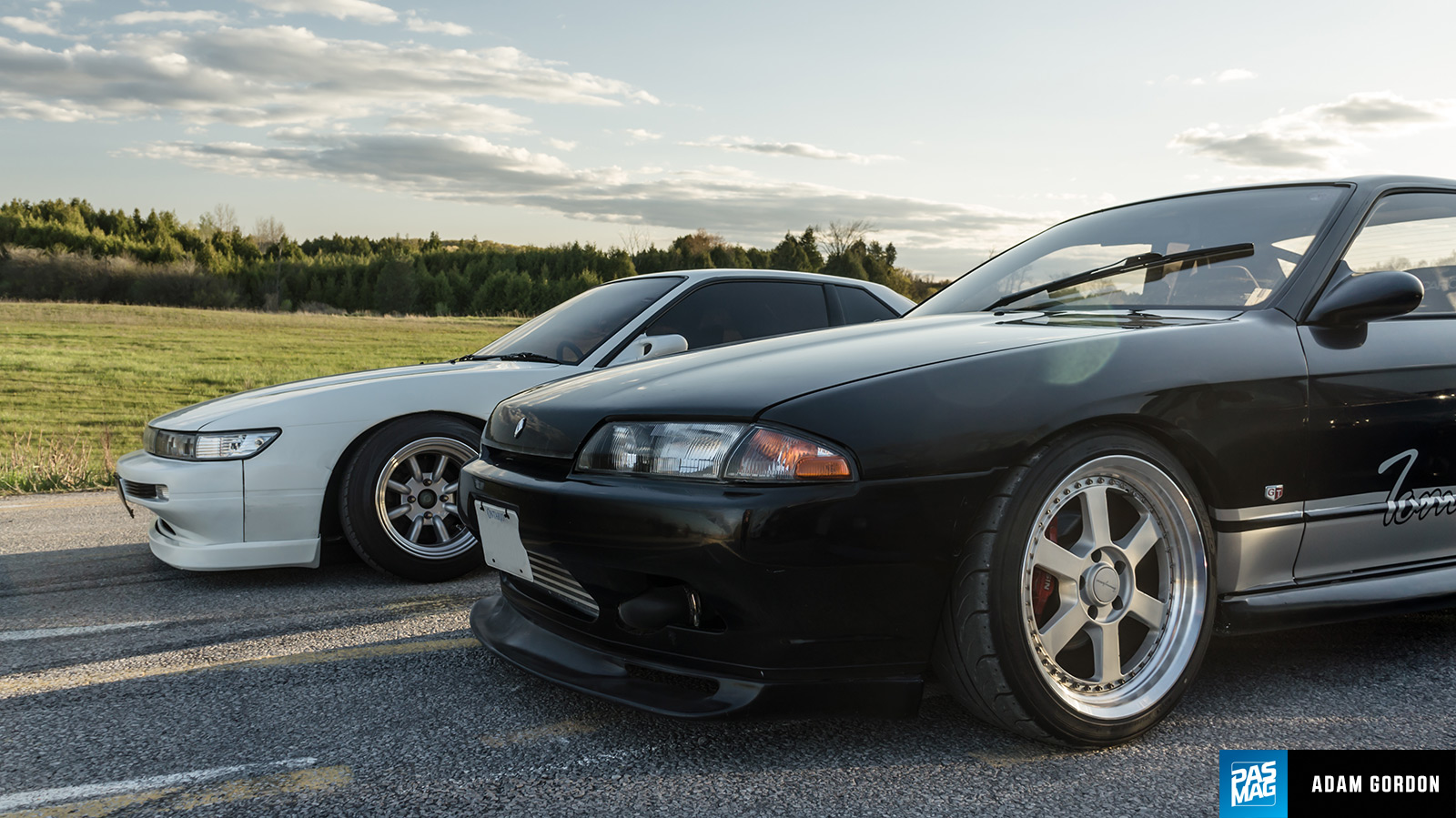 What is it that attracted you to this specific style?

Mike: “Ultimately the dedication and simple nostalgic presence they’ve carried over is what’s attracted me to it. New is great, but I find a little joy in doing something better or similar to how it was done before and so widely recognized. Even now, visiting places like Japan gives you such a nostalgic vibe, and I’d like to keep that going. Maybe one day someone might look for inspiration in what I’ve built. That to me is something pretty cool.”

Jordie: “As fanboy as it sounds, I suppose it was grainy Option clips on Youtube as well as realizing I could have parts from brands featured in Gran Turismo. Initial D and Wangan Midnight were also big influencers and can’t be forgotten.”

Santi: “Mostly ‘90s nostalgia. Looking back at how straightforward cars were back then, but also the itch to switch things up after a few years of minor changes. I wanted to do something really different to me, while still keeping it simple. Although I loved the way massive 18s almost tucked under the fenders, I was always a fan of small wheels. I think making the dive from 18s to 15s, and replacing thrashed fiberglass aero with factory bits drastically changed the appearance of my car.” 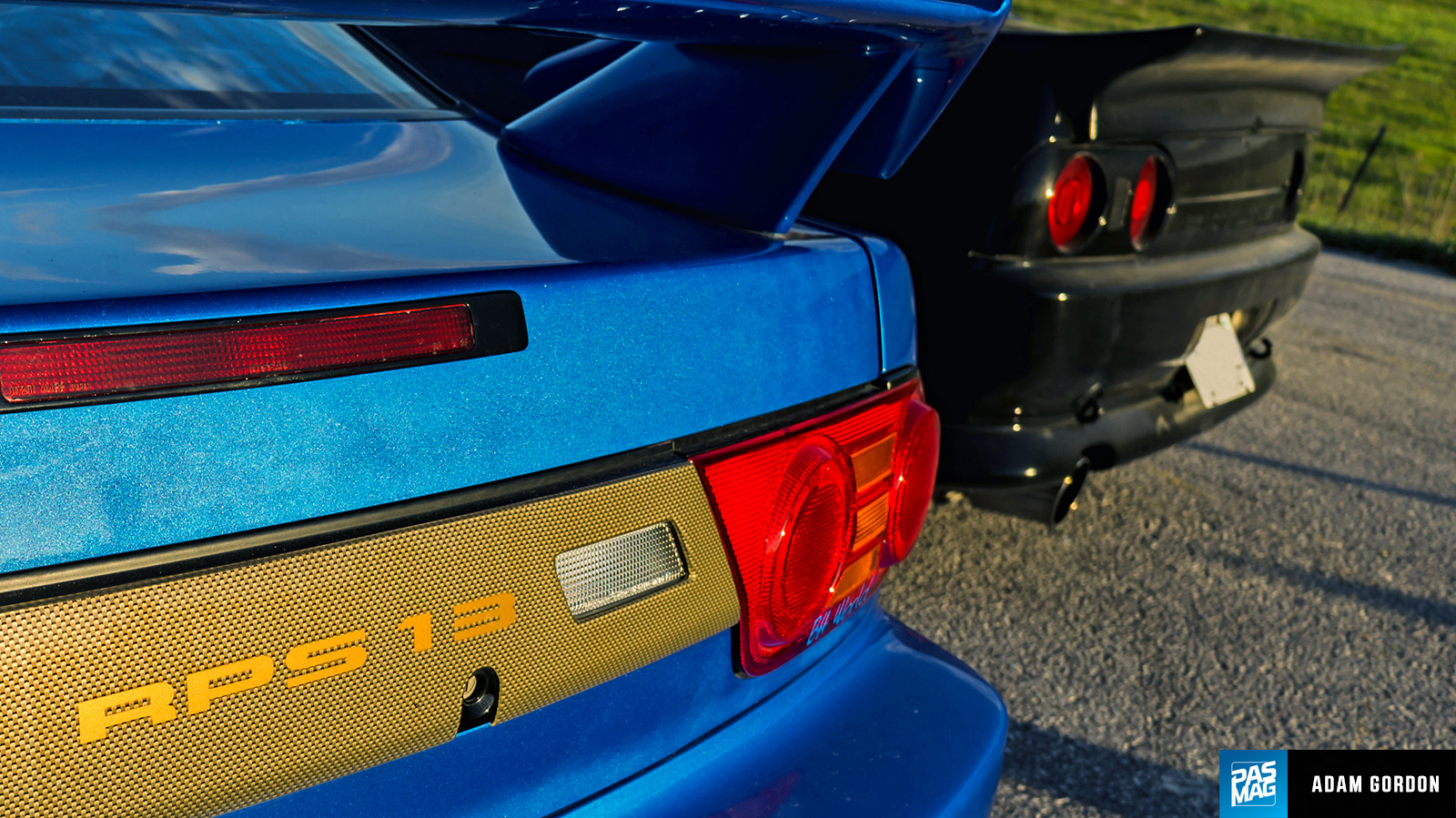 Period correct styling exists across all sects of the automotive world, so why is period correctness so important to some JDM fans specifically?

Mike: “I’d compare what we do to the likes of the muscle car and hot rodding era. Essentially this is another form of that. Think of them like two different languages – they’re both complex and intriguing in their own way, but the end goal is a communicative process in which they’re being expressed. Cars are the same thing, and emulating an era is our way of communicating a complex and intriguing style to an age that may not have seen it before.”

Jordie: “I think it’s because car culture is so big in Japan. During the 90s economic bubble there were so many different aftermarket manufacturers exploring all types of styles and levels of tuning. Some of these parts have of course become obsolete technically, but just like in fashion, styles and trends tend to repeat themselves.”

Emir: “I think we want to stay true to our roots - true to why we got into JDM cars in the first place. I think a lot JDM fans want to emulate their heroes' cars, or maybe a car they saw in a Doriten scan or in a video.” 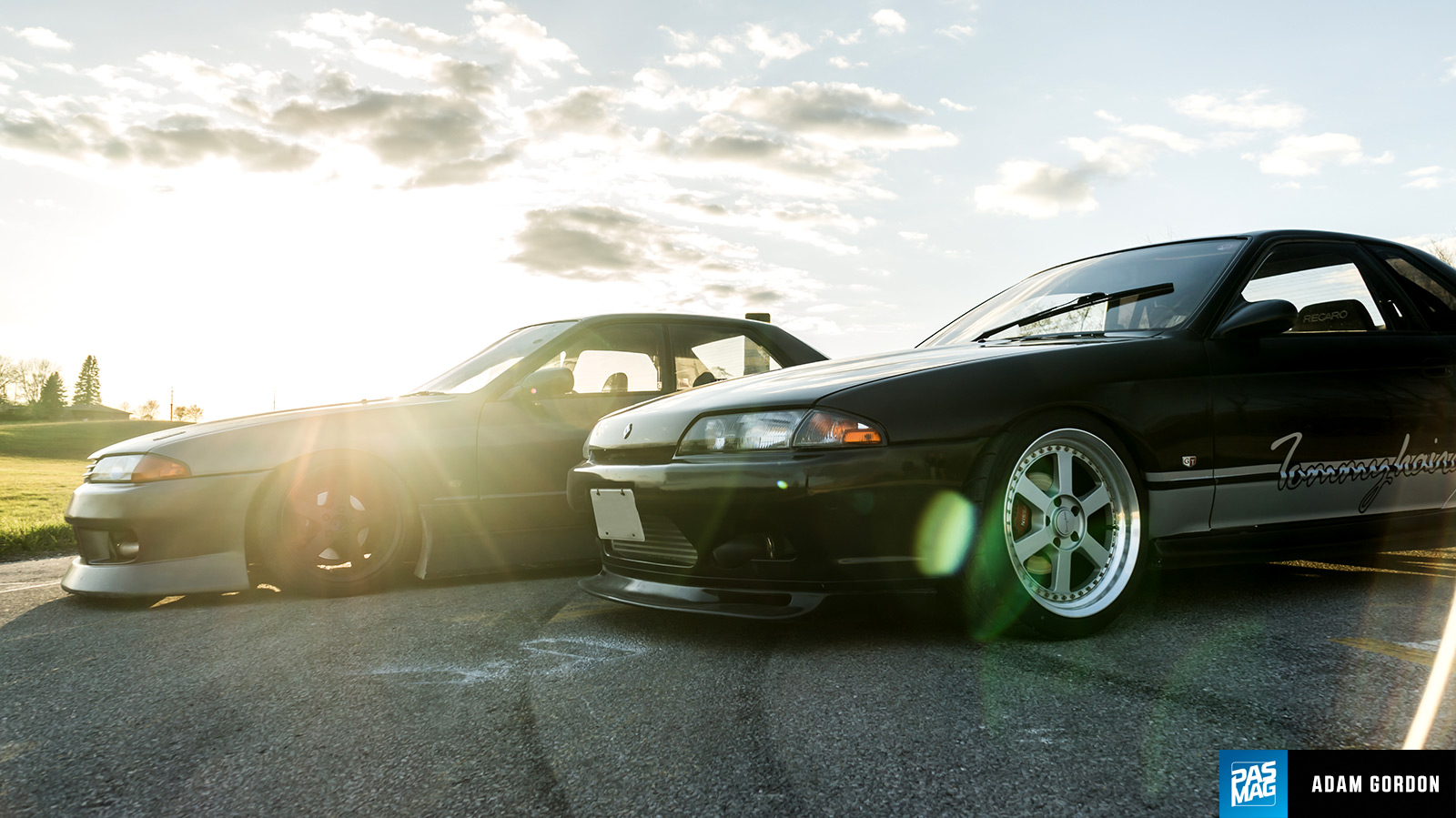 In a time when almost everything has been done and re-done style-wise, how could someone effectively change things up slightly to stand out while remaining period correct?

Mike: “Unless you’ve got the full recipe book for how someone has built their car, you’re likely going to adapt your own style into it, even if unintentionally; which is good because you’re essentially carrying forward something great and (hopefully) making it better.”

Emir: “I would say custom parts are something that change things up slightly. Drag wings, bumper canards, or my exhaust tip for example.” 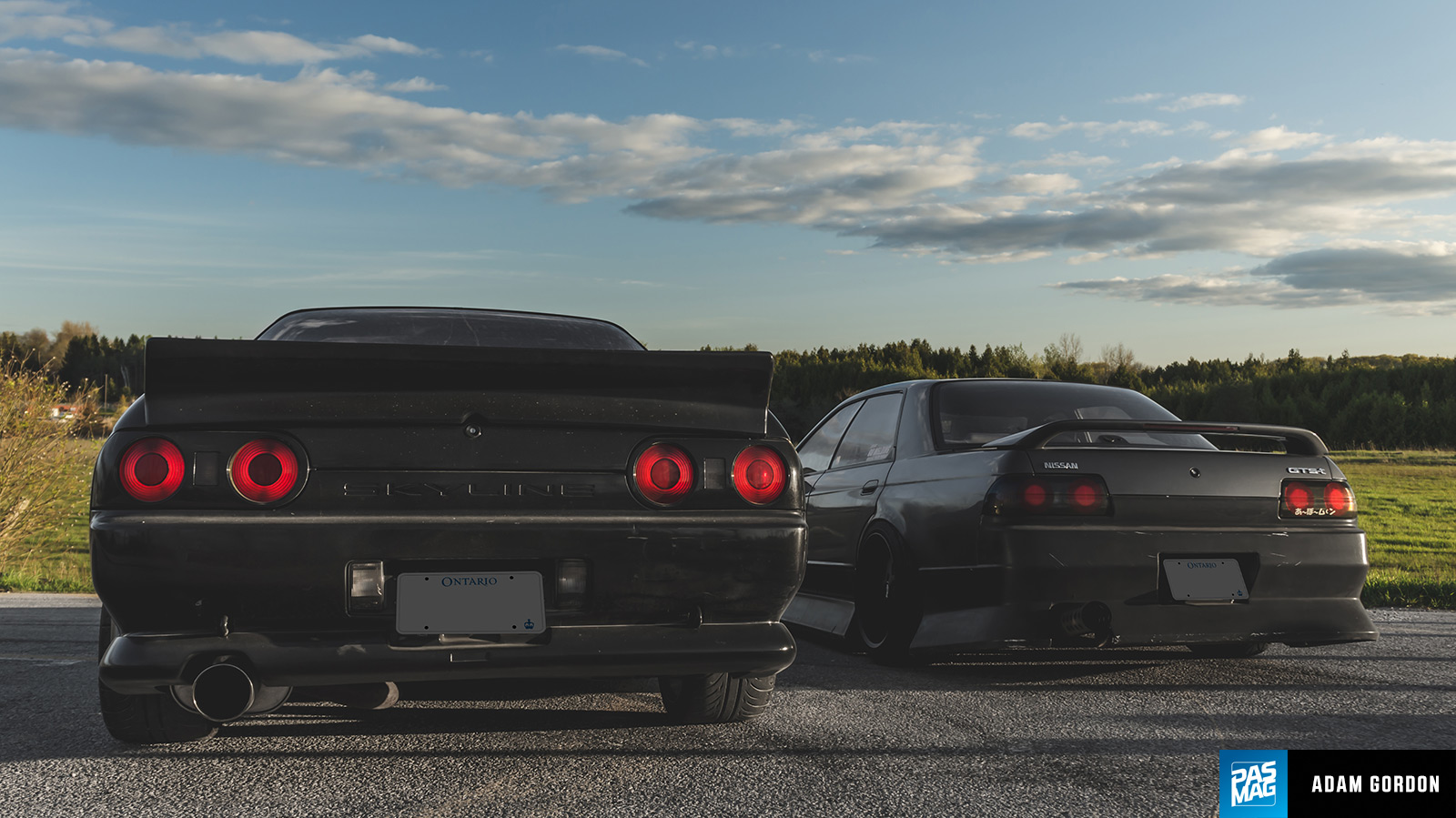 With parts being mostly manufactured overseas, or completely discontinued, what is the best way to get your hands on them here on North American soil?

Jordie: “There are many brokerage services online to order parts from Yahoo Auctions and UpGarage.”

Joseph: “Hands down Jesse Streeter. He is a super nice guy based out of Japan. He answers all your questions, responds quickly and is very easy to deal with. He’s a local drifter and knows his stuff very well. My entire car is built from parts ordered and imported through Jesse.” 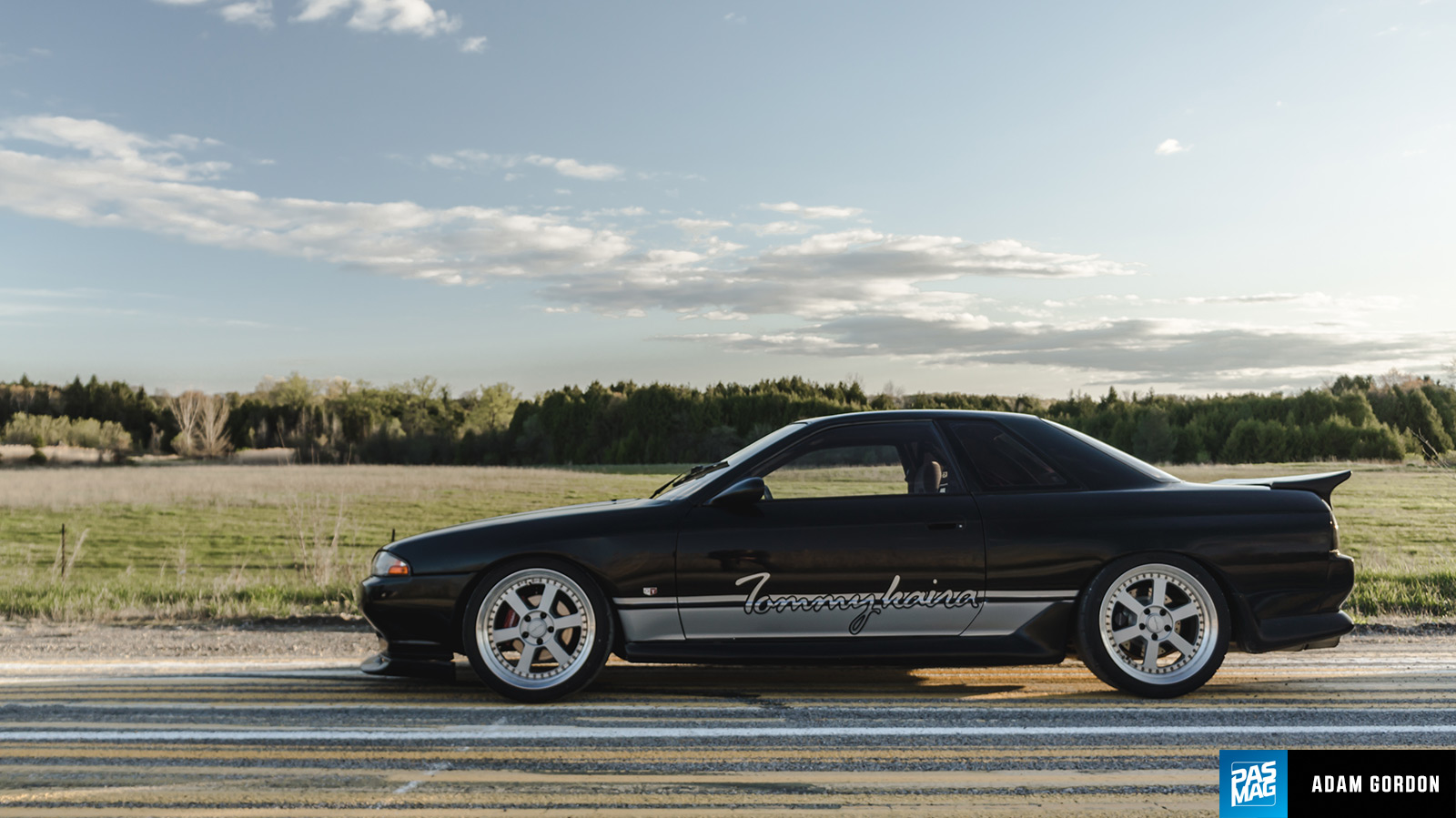 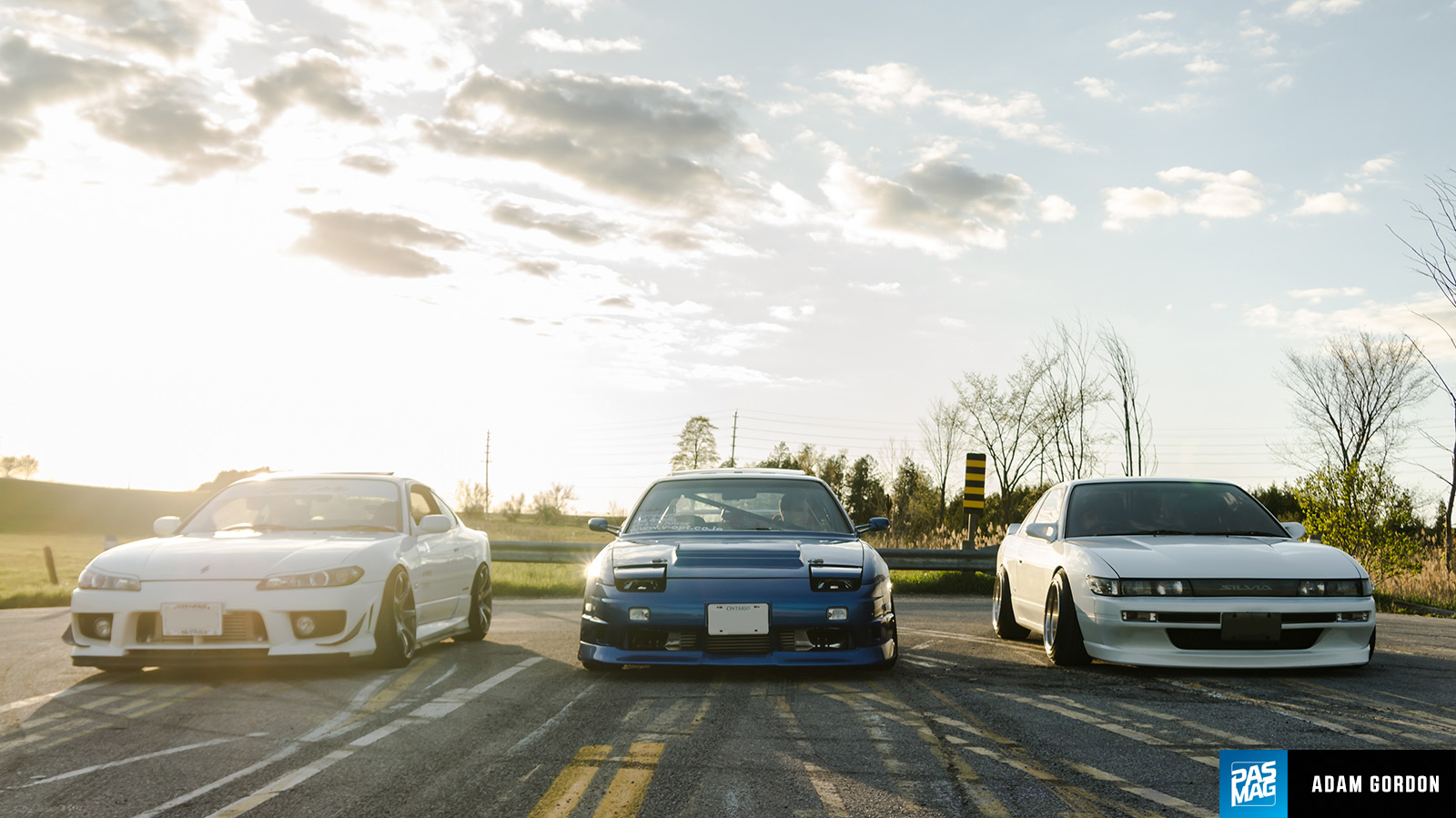 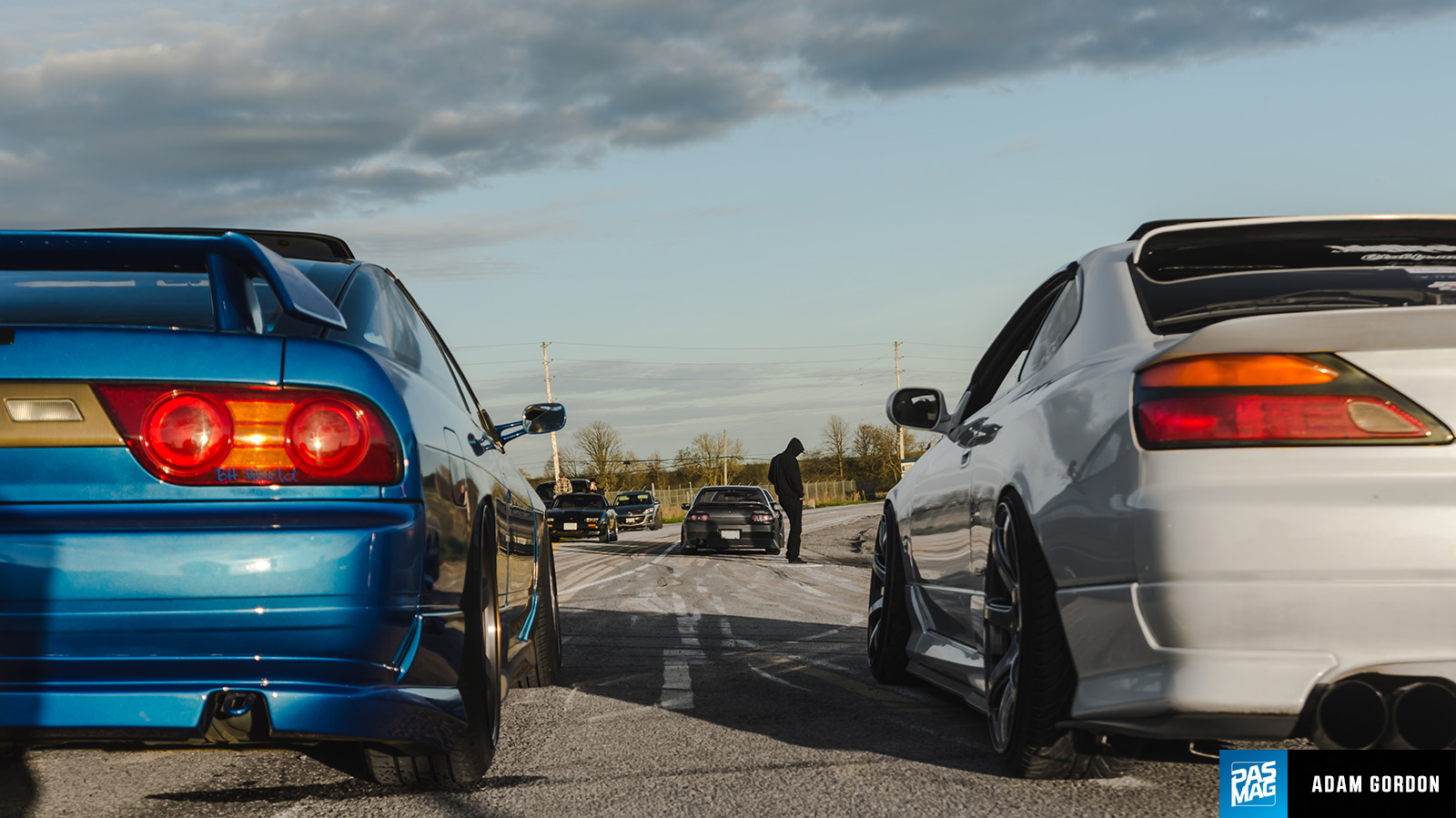 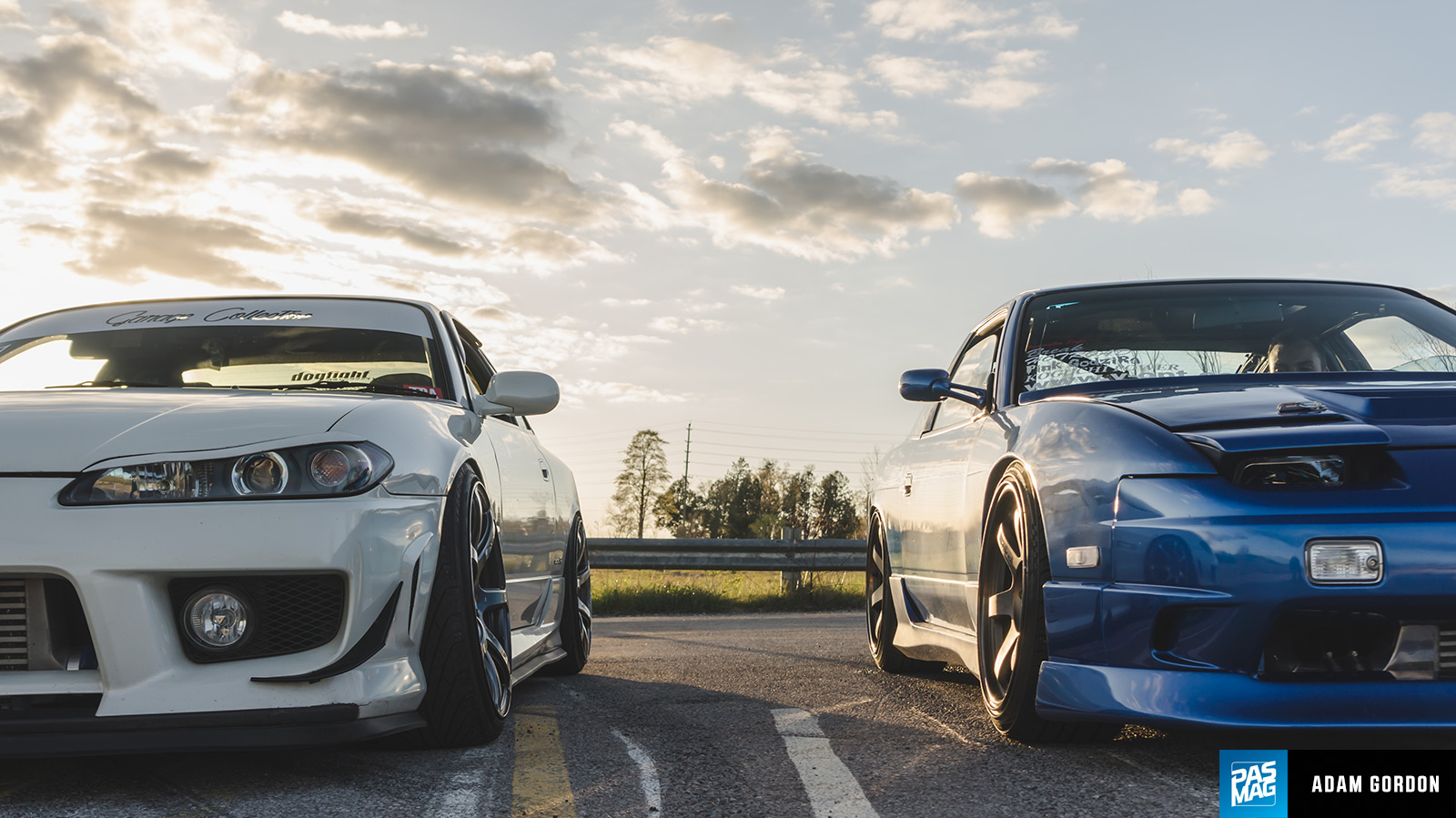 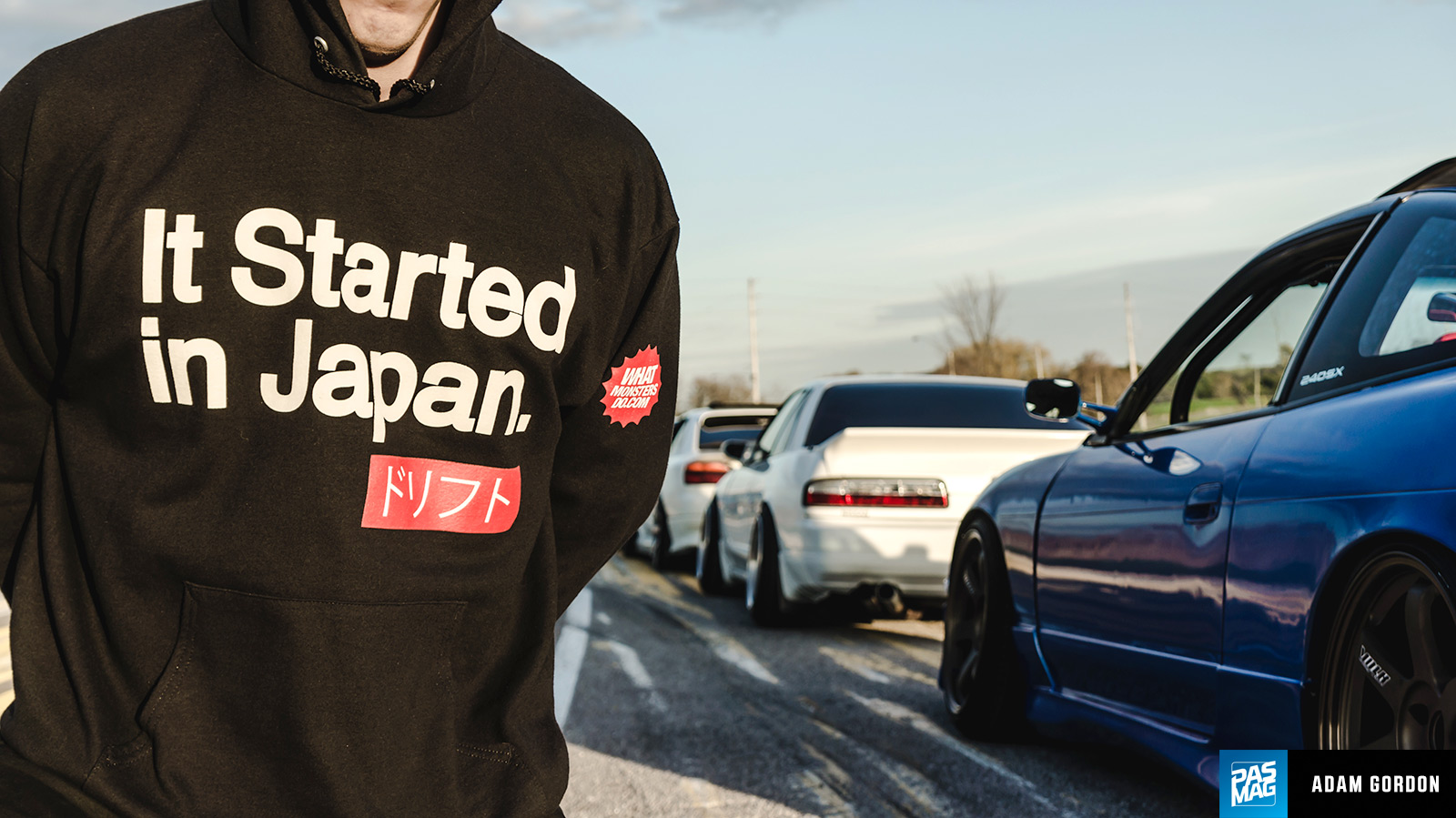