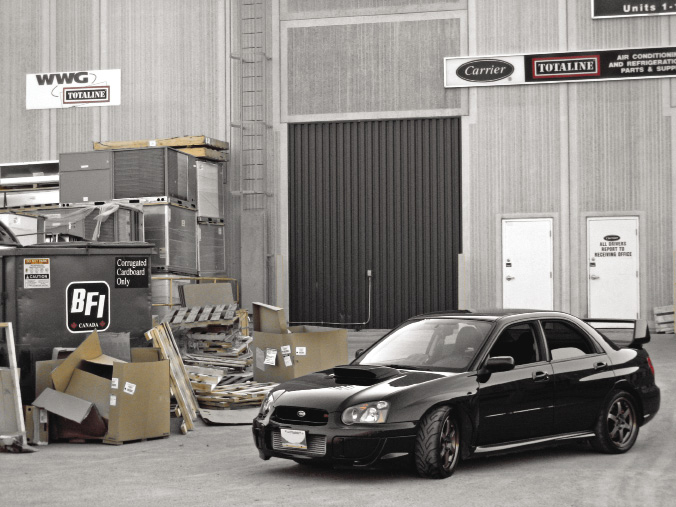 Which events have youR vehicle won awards at?
2008 2nd place best Subaru at DTP Winnipeg, 2009 best Performance engine at Driven Winnipeg, and 3rd place Subaru at Perfect 10 in Fargo, ND.

What began the build-up of your vehicle?
I bought this car thinking it wouldn’t need many upgrades. I was wrong. I soon realized that the marketplace has opened up to Subarus and then it started. I slowly started with an exhaust and rims, then one thing led to another and now I have a 450 horsepower 4-door monster. One thing I learned through working on my car is nothing is ever good enough, it can always be made better. 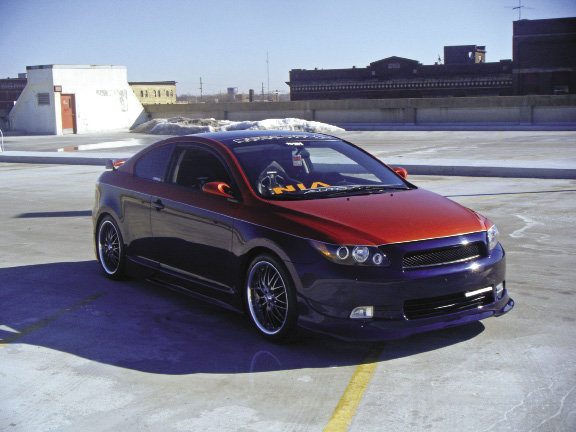 Are you a member of a car club?
I’ve been a member of Obsessive Custom Designs for about a year and a half now. It’s a local club based out of Peoria, Illinois for a variety of cars and has varied quite a bit since I joined. When I started it was made up of a few Scions, a Charger, a Hummer, an Aztek, a Firebird, and a few other cars. It now consists of a few more highly modified cars including a G8 and a new Camaro. So there’s a nice variety of cars. The club’s site is still being worked on, but information is still accessible through myspace (myspace.com/obsessivecustomdesign)

What events have you competed in?
I’ve competed at quite a few car shows over the past 3 show seasons from local shows, large tours, cruise-ins, charity/benefit shows and scion exclusive shows. Some of these shows include: HIN/Nightshift Chicago, Nightshift Columbus, Slamology, DUB Memphis, DUB Chicago, various Scion shows in Iowa, Missouri Chicago Area and Indy; as well as many, many local shows in the Central Illinois region. I’ve also competed in USACi and IASCA sanctioned stereo competitions and local audio store competitions 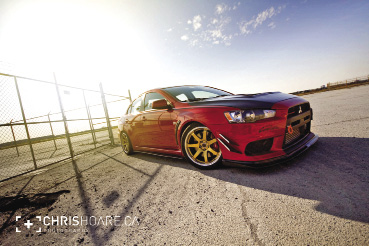 What events have you competed in?
I’ve competed at HIN, Importfest, CSCS, DMCC, Full Throttle, Scrape by the Lake, Total Compact Show, Battle at the Border, and lots more...

What will your next performance modification/upgrade be?
VARIS Full body kit, and Custom wide body, HKS Turbo upgrade.