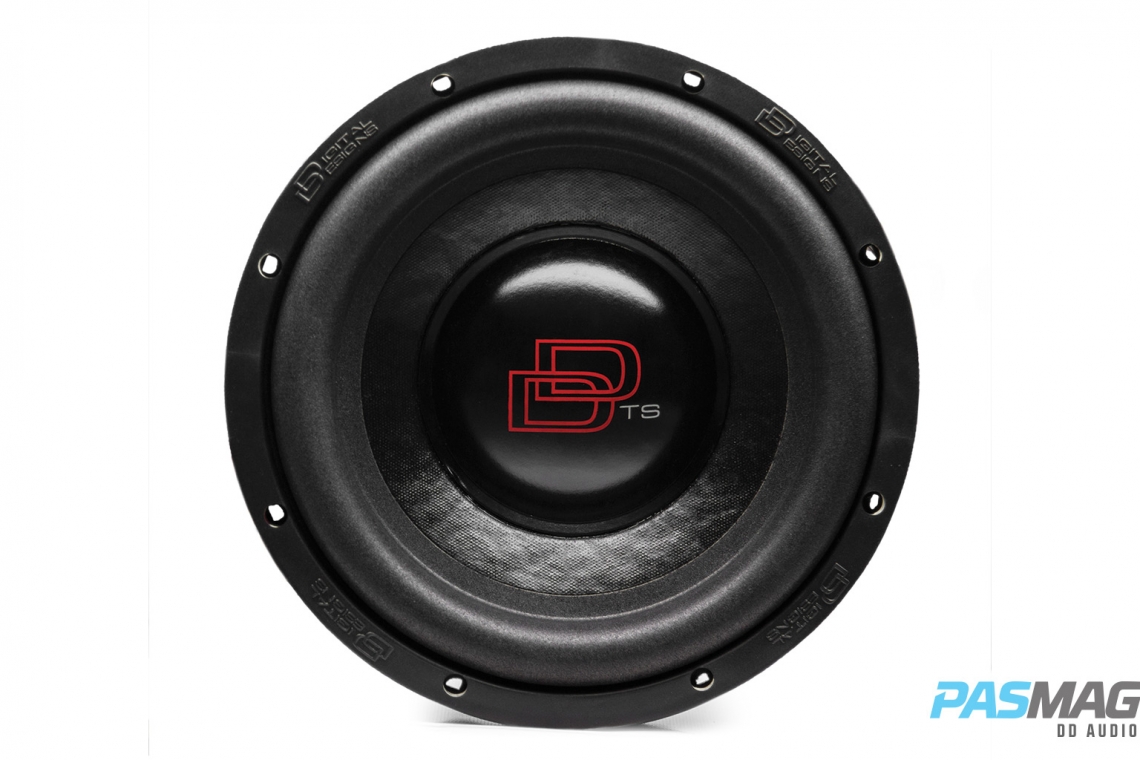 The heartland of the USA is all abuzz with talk of the new DD Audio TS series of subwoofers.

Built in Oklahoma City, Oklahoma, the TS series woofers are designed specifically for people looking for a high performance, sound quality oriented subwoofer. To see what all the fuss was about, we had them send us the 10-inch version known as a TS1510-D2. The woofer is rated for a maximum continuous power of 400 watts and has a suggested retail price in the U.S. of $289.

Features
The TS1510-D2 is a dual 2-ohm voice coil subwoofer that can be used in either sealed or vented applications with a slight preference toward the sealed variety. And because the DD Audio team builds these right here in the U.S.of A, should you need something that sounds great and will work in your specific application, custom build options are also available. Try getting that sort of service from a company building woofers in Asia.

Specifically designed for sound quality, the woofer is built on a stamped steel basket, mounting a two-layer ferrite motor assembly that weighs in at 7.5 pounds. The motor’s pole piece is vented and cross-drilled to improve cooling of the 2-inch, four-layer,

American-made copper voice coil. Additional cooling capability comes in the form of 27 vents designed into the basket to promote airflow and heat transfer. The coil is centered in the magnetic gap by a progressive-type polycotton spider, which is also made in the U.S.

In an effort to reduce distortion, the woofer is also equipped with shorting rings. By implementing a shorting ring, the non-linear drive force is corrected by counteracting flux modulation.

Propeller head explanation:
When you drive a speaker hard, the drive force becomes increasingly non-linear as Xmax increases. This is due primar- ily to magnetic flux modulation and component heating. This means that the force moving the coil is not perfectly linear and consequently its movement is not perfectly symmetrical.

In addition to the progressive spider, the entire mechanical suspension system of the TS1510-D2 is tuned for maximum sound quality, including the tall EROM (Extended Range Of Motion) UV-protected foam surround.

The cone material is semi-pressed pulp and treated with a glossy black finish. An epoxy-coated paper dome is used for the dustcap. Amplifier connections are made via DD Audio’s typical Direct Connect 10-gauge oxygen-free copper cables. The motor assembly is covered and protected by a nice rubber boot and the back plate is finished with a black anodized coating. 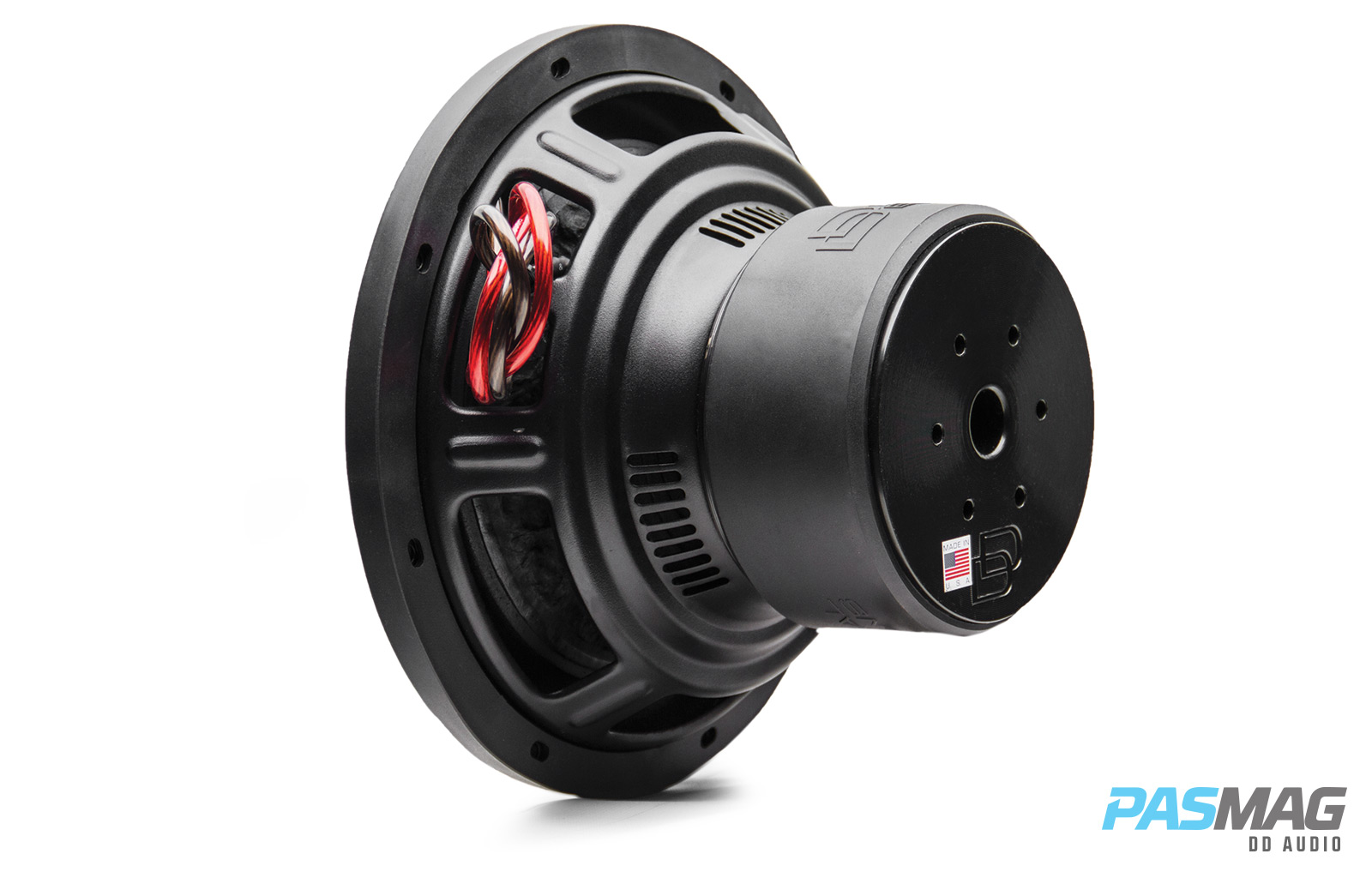 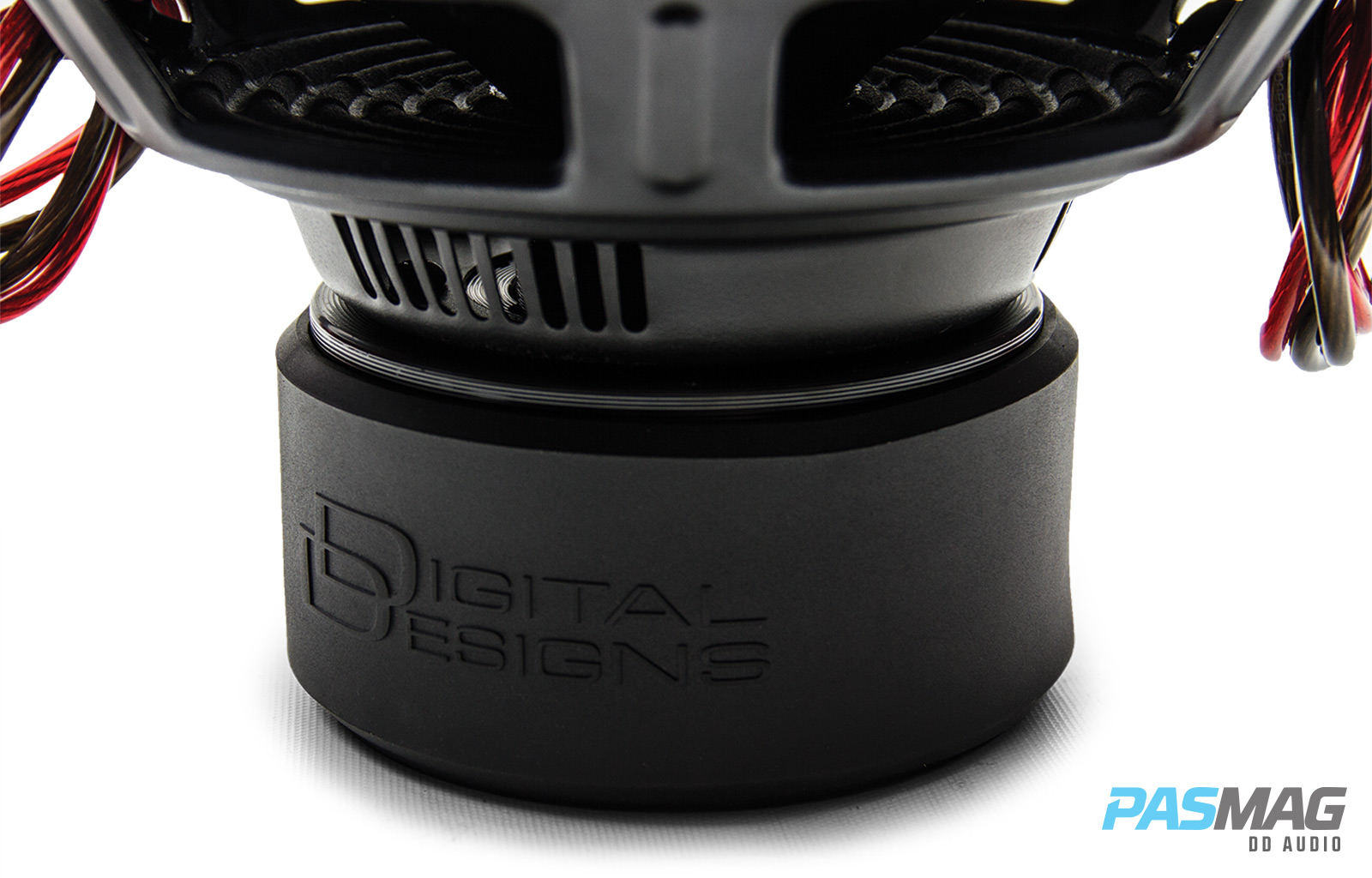 Listening
When the good folks at DD Audio sent the woofer, they were kind enough to also send me a sealed enclosure to use for the review. I measure the internal volume of the supplied enclosure and it comes in right at 0.7 cubic feet. After an eight-hour break-in period, I mount the woofer in the box and connect it to my reference system with the two coils wired in series for a 4-ohm load to optimize the sound quality. I adjust the subwoofer crossover to 80 Hz and sit down to audition the TS1510-D2.

While my listening session takes several hours, I can sum it up in one short sentence: “This is a damn good sounding woofer!”

From the first track, the DD Audio woofer exhibits tight, accurate bass that also goes nice and deep. The sound of the woofer is very musical with a natural timbre. Well recorded bass notes, like those on Donald Fagen’s Ruby and Frankie Goes to Hollywood’s Relax, the woofer sounds deep and strong, but re- tains the excellent definition and handles the applied power without complaint.

The fact that it handles power well is a good thing because the TS1510-D2 likes power. It’s not the most sensitive woofer in terms of SPL per watt, but it’s not a slug either. I’d suggest amplifiers in the 300- to 400-watt range, and you won’t be disappointed.

More complex bass tracks, like Thomas Dolby’s Hot Sauce or the incredible bass solo in Thom Rotella’s Friends, are reproduced very well. The woofer produces a realism and authority that belies its size and price. This is a very good sounding 10-inch woofer, which actually works exceptionally well in a small sealed enclosure. 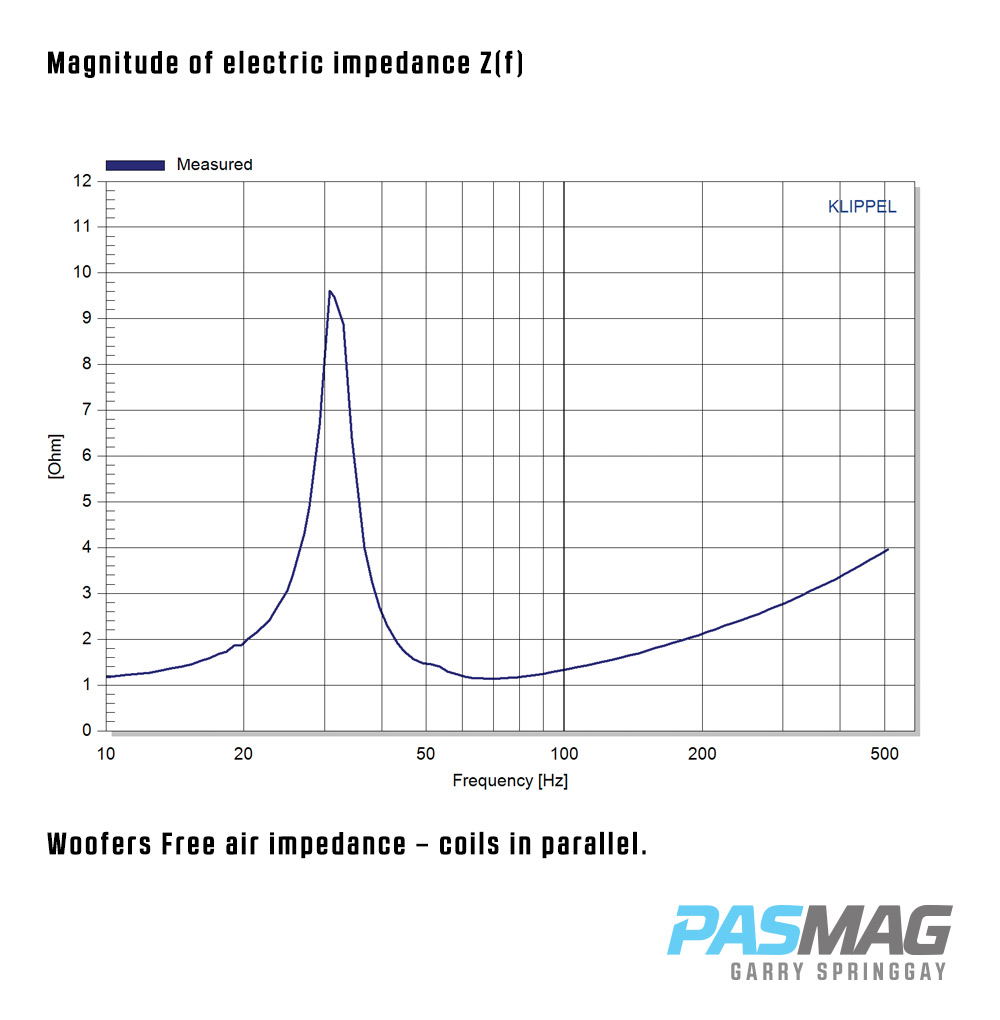 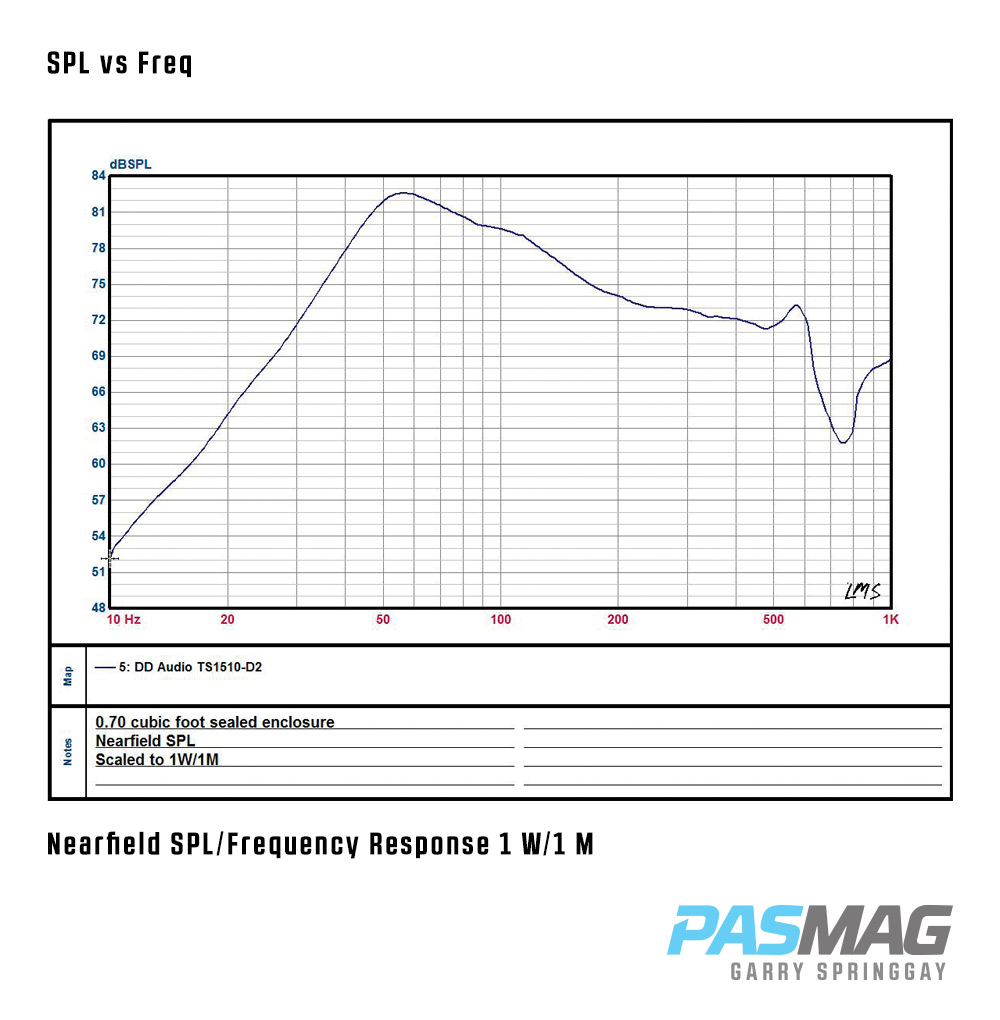 On The Bench
The next day, I take the woofer back in the lab to measure the parameters and check out the specifications. As I expect, the published specifications are very close to my actual measurements and are another indication that this woofer was built by folks who pay attention to details. I also had a chance to measure the woofer’s output in the supplied enclosure - check out the graph of that for yourself. 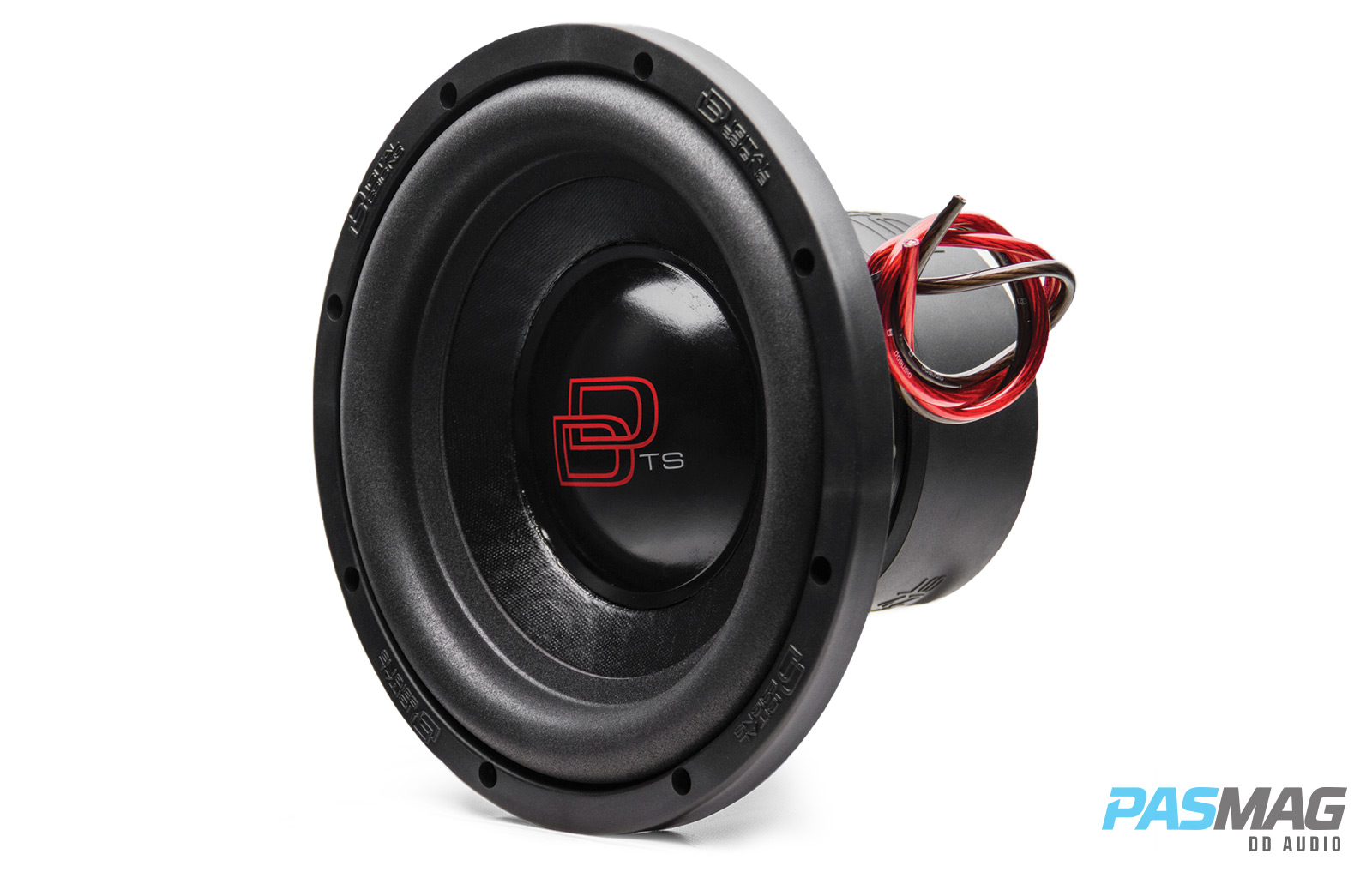 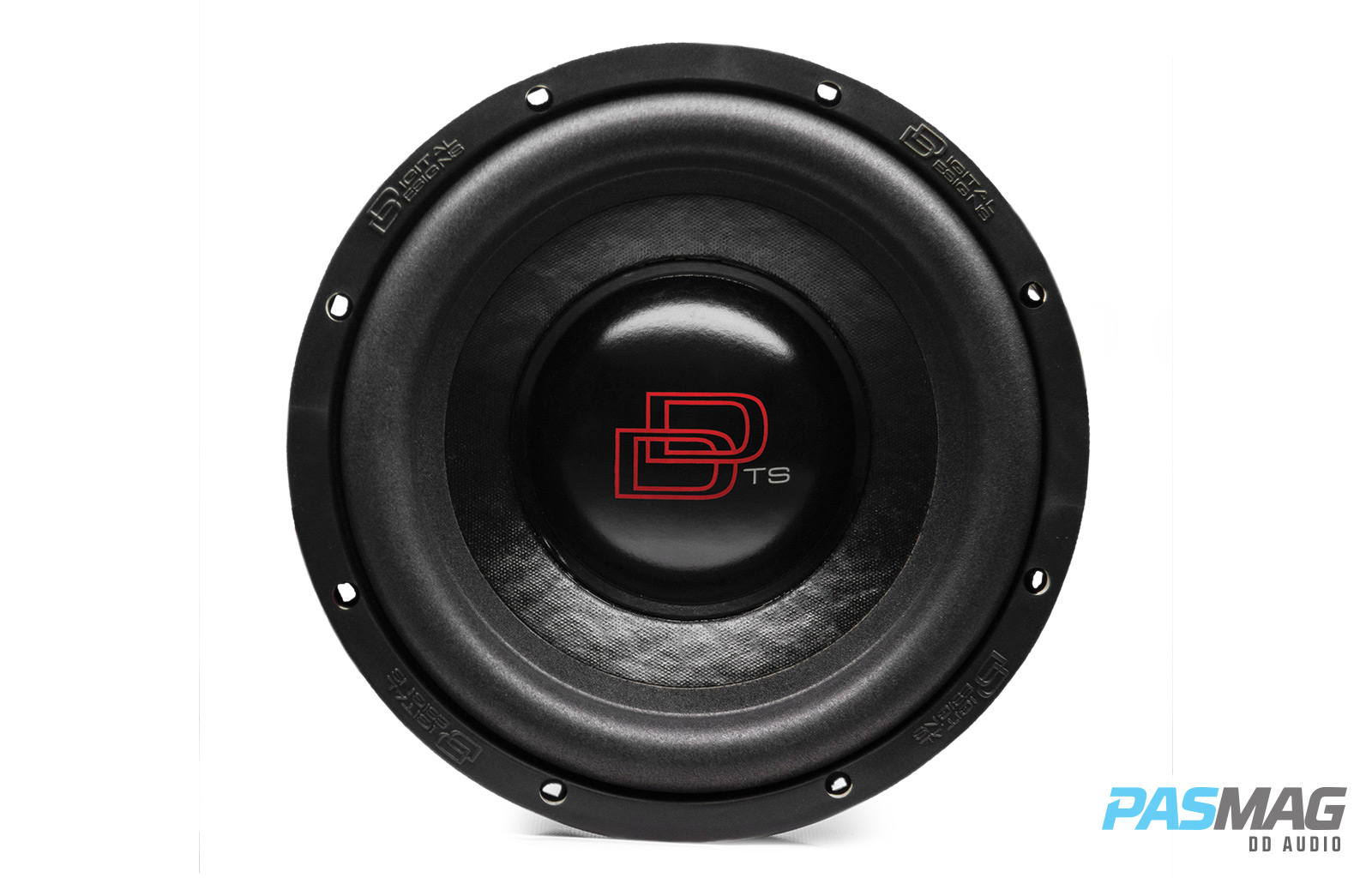 Conclusion
Overall, I came away pretty impressed with the DD Audio TS series woofer. It was obviously designed to sound good and they have certainly met that goal. In addition, the made-in-America TS1510-D2 proved that it could be a great all-rounder with good power handling and the ability to work very well in small enclosures. To me, that just means you may have room for several of them! 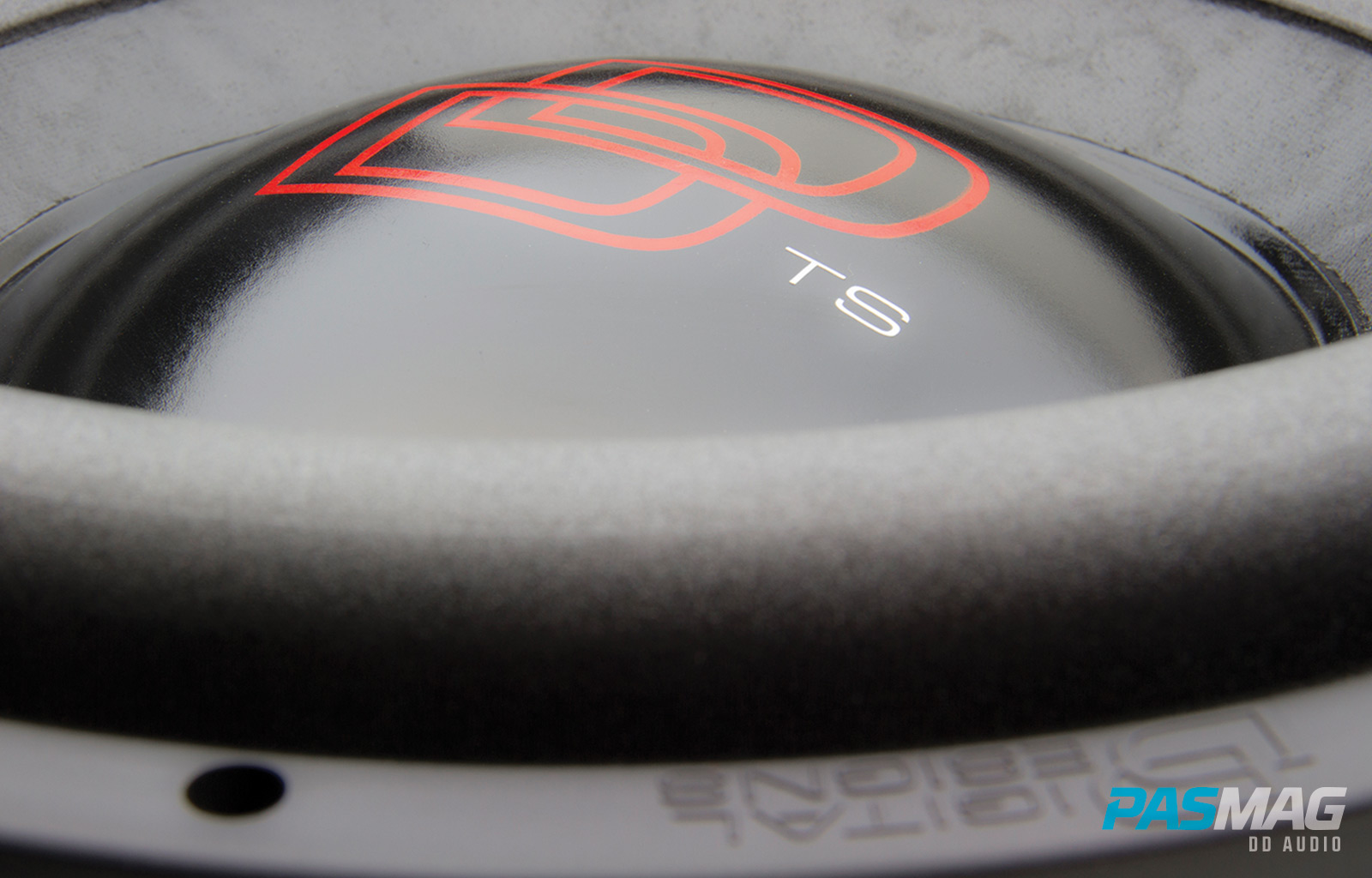 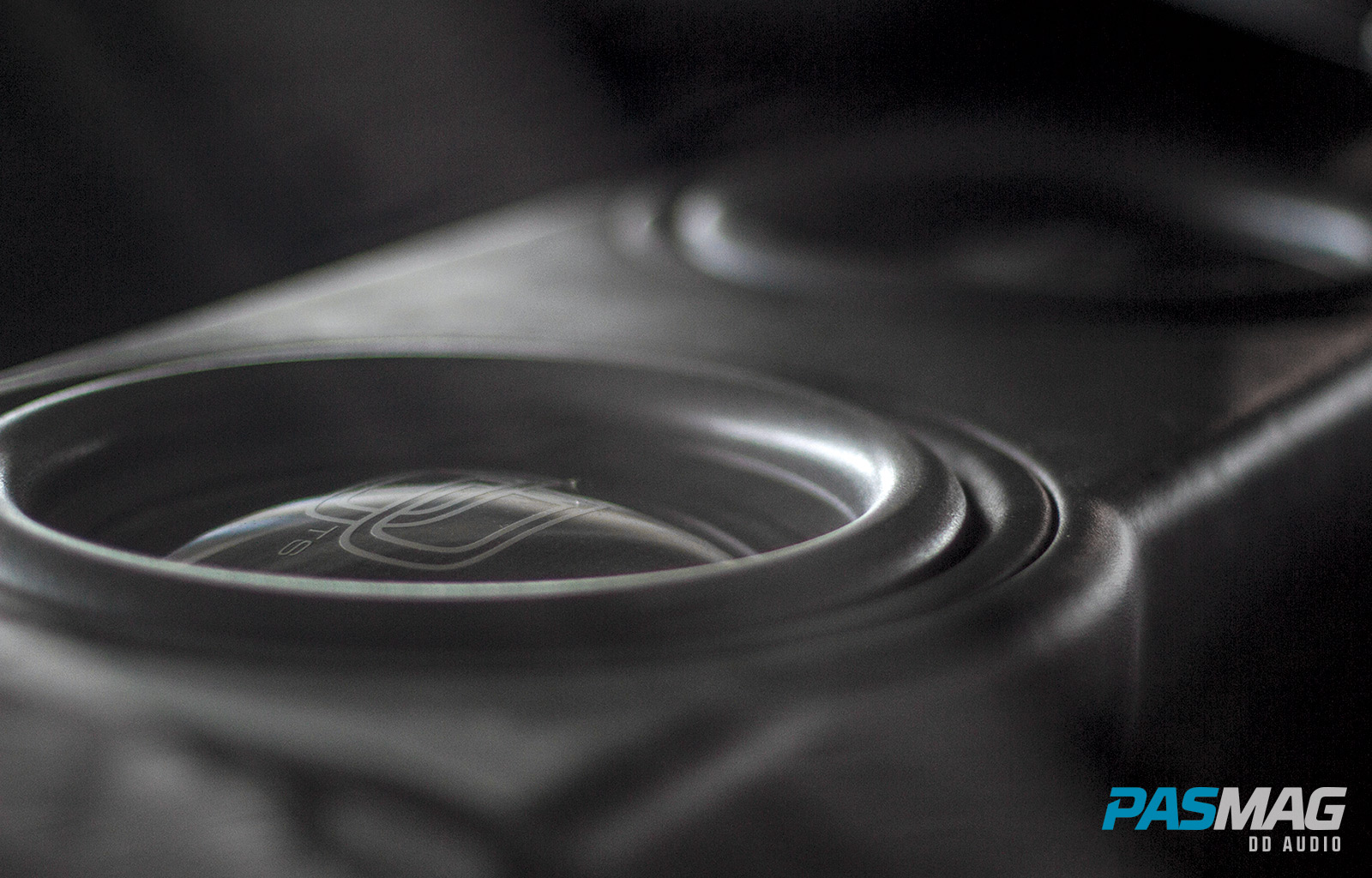 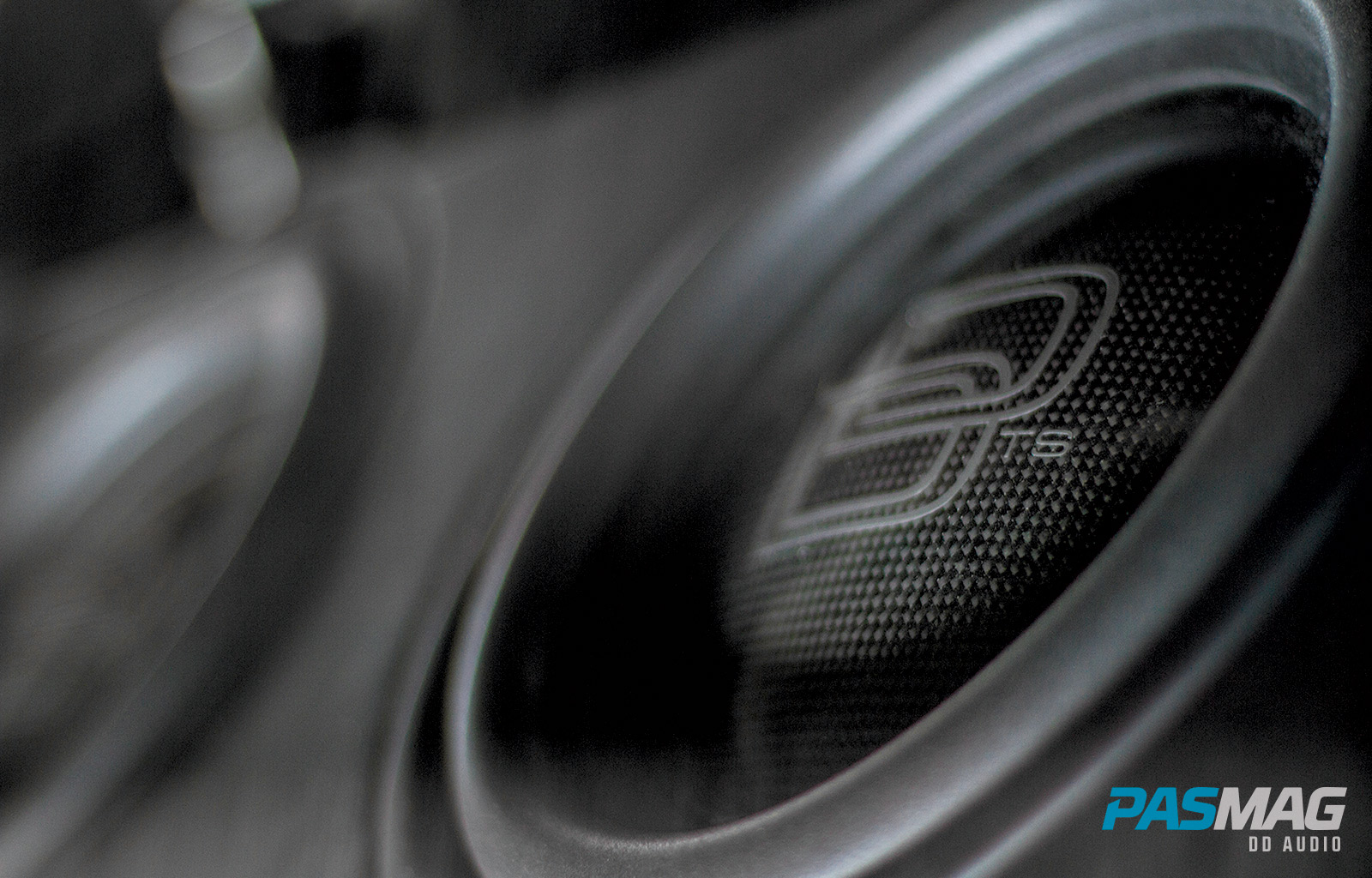 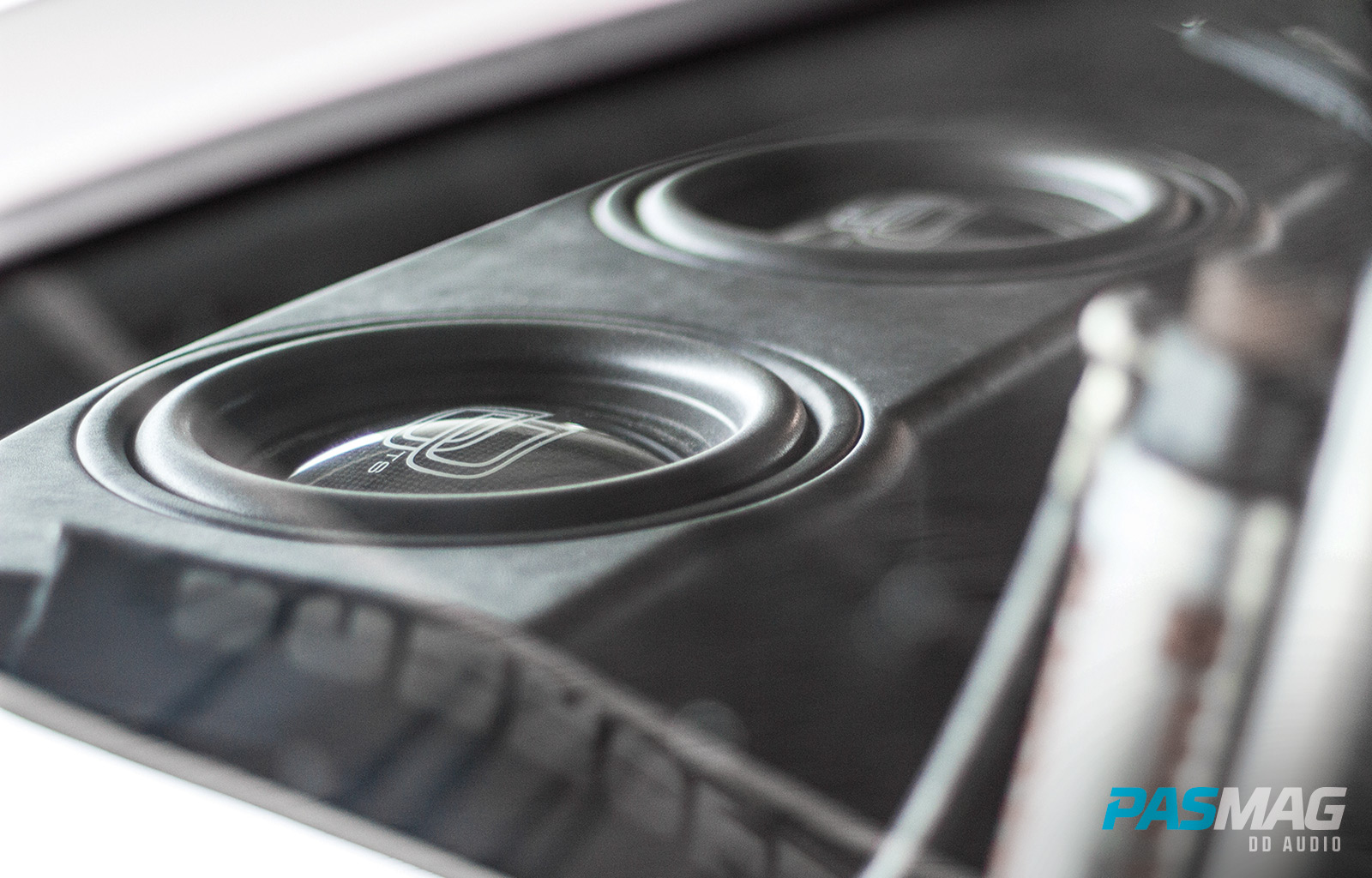