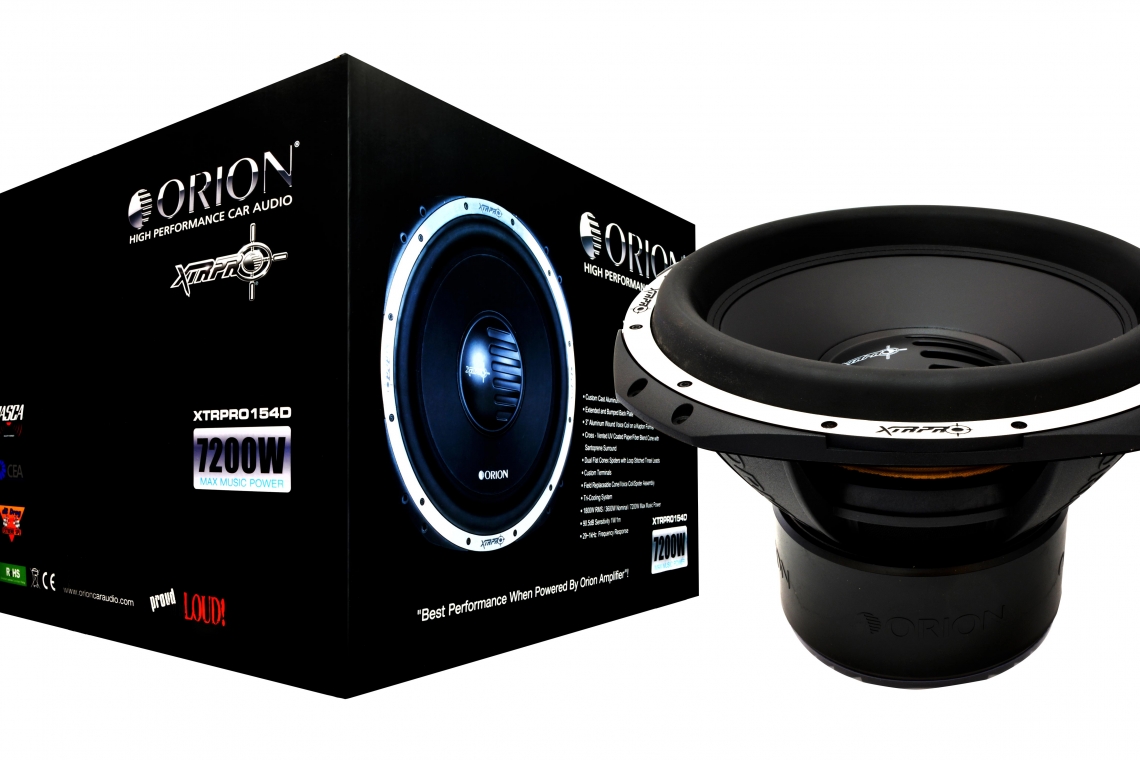 Look at any successful company and you’ll notice that they didn’t get that way by resting on their laurels.

As a prime example, the team at Orion have been hard at work redesigning and improving their already-impressive XTRPRO series subwoofers.

I was lucky enough to receive one of the first samples of the company’s renewed woofer line in the form of the XTRPRO154D, which is rated for 1,800 watts of continuous power. 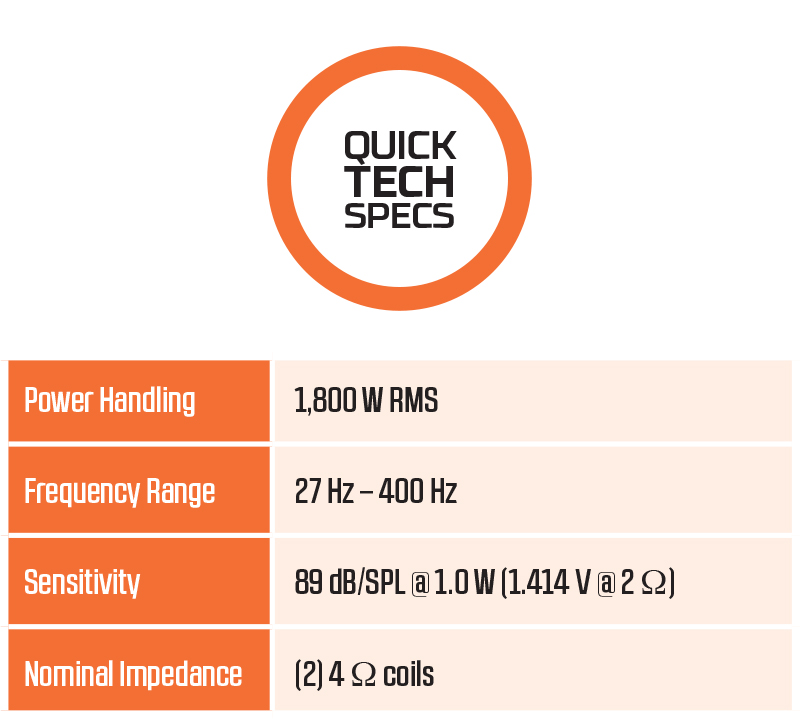 Features
The new XTRPRO154D woofer seems to have taken some design cues from the legendary HCCA woofers. The heavy-duty, cast aluminum basket is designed to make the woofer field rebuildable, which is a huge advantage for anyone who’s into any sort of SPL contesting. To disassemble the woofer, simply remove 20 hex head machine screws and the entire cone, surround, coil and spider assembly lifts out. To further simplify the job, the speaker wire set screw connections are built into the spider landing spacer, which also comes out with the rest of the assembly. You can rebuild the entire woofer in less than 10 minutes.

Even though the woofer is easy to rebuild, I doubt that most buyers will ever need to. This is very ruggedly-built. The all-copper voice coil is wound on a Kapton former measuring three inches in diameter. The coil is treated with an ultra high temperature varnish rated for temperatures well in excess of the norm. There are twin linear spiders to keep the coil centered and provide mechanical compliance. The voice coil former is bonded to a paper cone with a poly outer coating, and the cone is bonded and stitched to the tall “symmetrical tuned” rubber surround. Peak-to-peak excursion should exceed one inch!

Driving the coil is a massive double-stacked ferrite magnet assembly trimmed out with a nice looking protective boot. Helping keep the voice coil cool are large area vents covered with protective mesh screens in the pole piece and under the spider landing. 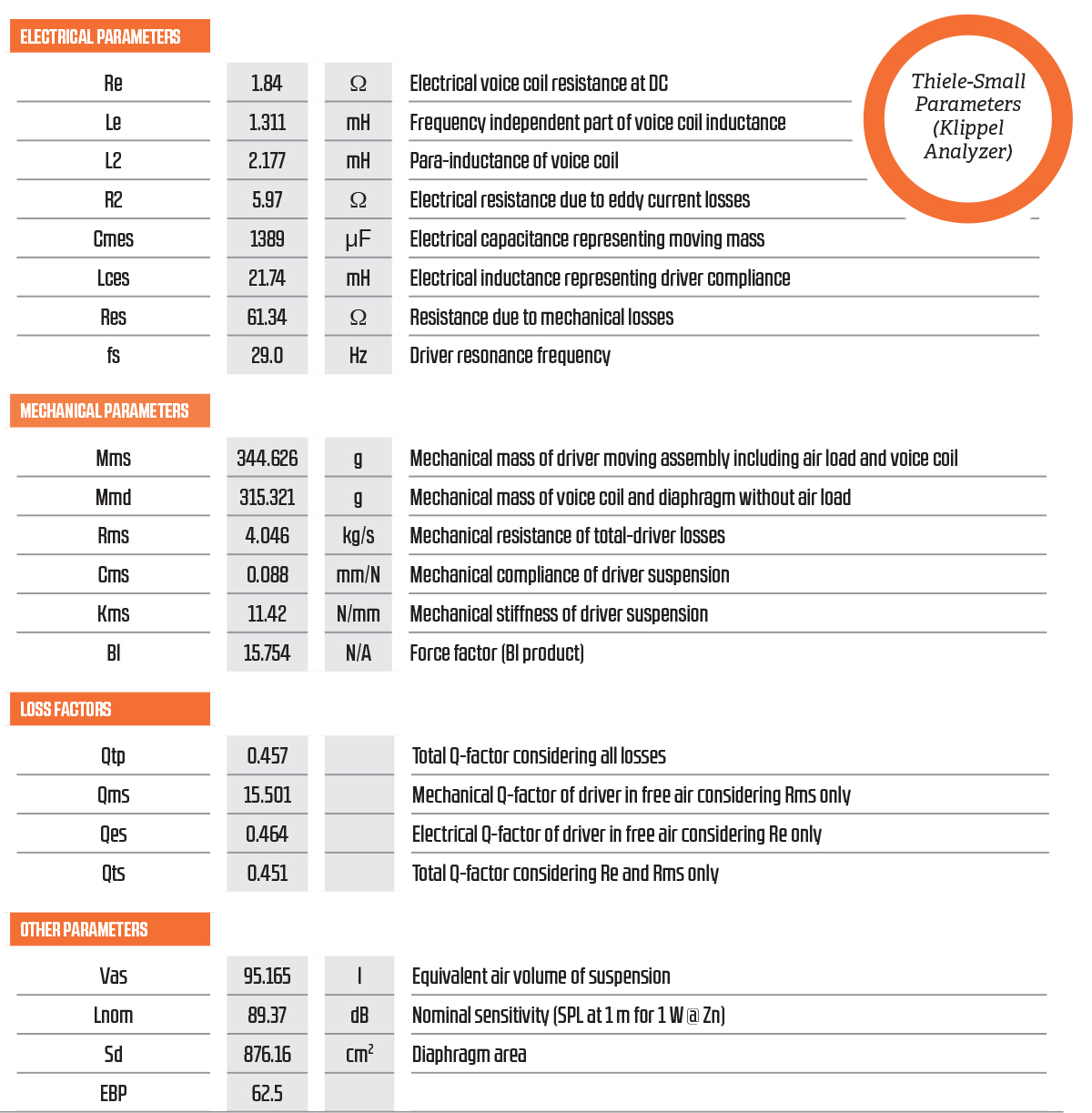 The XTRPRO manual provides plenty of great information on getting the most from your system, covering a wide variety of install configurations. It’s well written and worth the read, even if you’ve installed more woofers than I have. After the woofer is broken in, I choose to do my listening using a vented enclosure with an internal volume of three-cubic-feet and tuned to 38 Hz. A woofer this serious likes serious power, so I decide to use a Crown Macro Tech MA-3600v2, capable of over three-kilowatts at two ohms. I set my electronic crossover for 80 Hz at -12 dB/Oct, and settle in to listen to a couple dozen of my favorite woofer tracks. The bass in Billy Idol’s Prodigal Son is exceptionally well defined and musical. Songs with very low frequency information, such as Yello’s Unbelievable or Avril Lavigne’s Sk8ter Boi really show the woofer’s capability in a vented application. Even with the steeper, low frequency roll-off of a vented box, deep bass has tremendous authority and realism. Kick drum and tympani notes are clean and well defined, and the bass in general is natural and warm sounding. Regardless of the type of music, the XTRPRO performs with the authority that only comes from a great woofer in the correct enclosure, and plenty of clean power. Adding to the enjoyment of how the woofer sounds is the lack of any unwanted high frequency output, which often requires very steep crossover filters or lower crossover frequencies to remove.

On the Bench
After finishing up my listening session late at night, I let the woofer rest overnight and move it into the lab for parameter measurement. Using my Klippel analyzer and with the voice coils in parallel, I obtain the following parameters (see tables to the right).

Conclusion
After putting the new XTRPRO154D woofer through its paces, I think it’s safe to say the company is doing anything but resting on its laurels. The new XTRPRO woofer is better than the woofer it replaces in almost every way. Pricing is unavailable at press time, but if it’s anywhere near what the previous versions sold for, it will be a real performance bargain. www.orioncaraudio.com