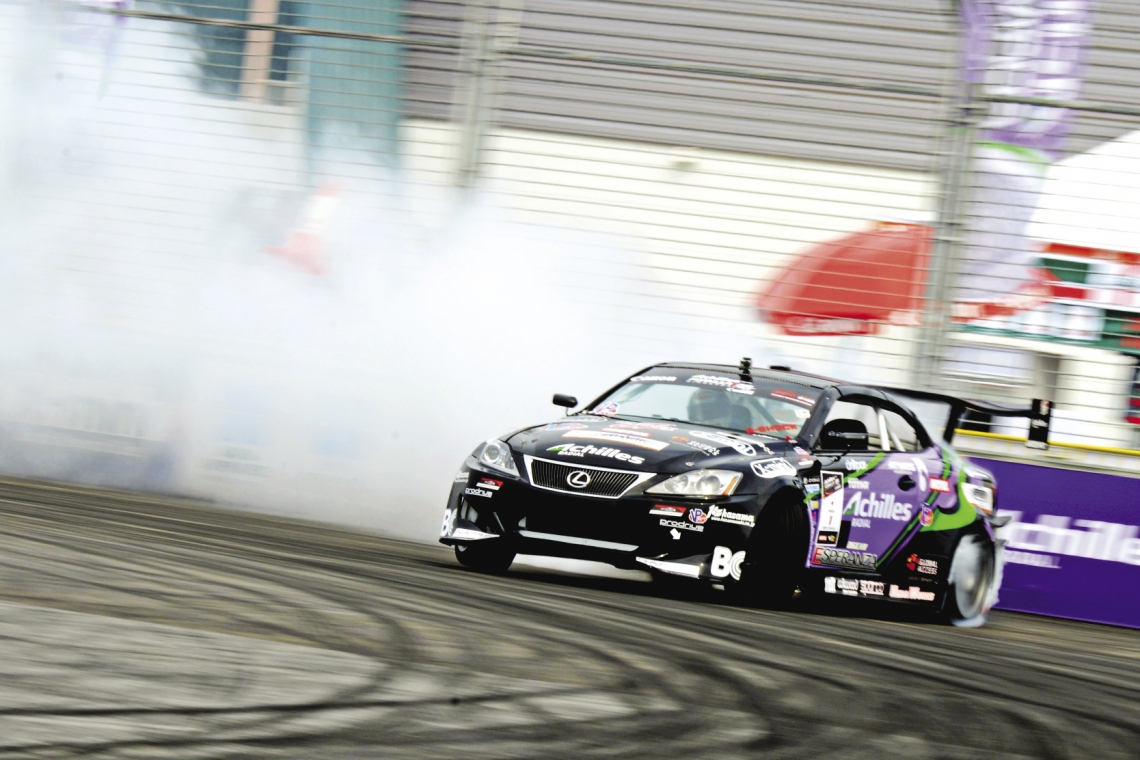 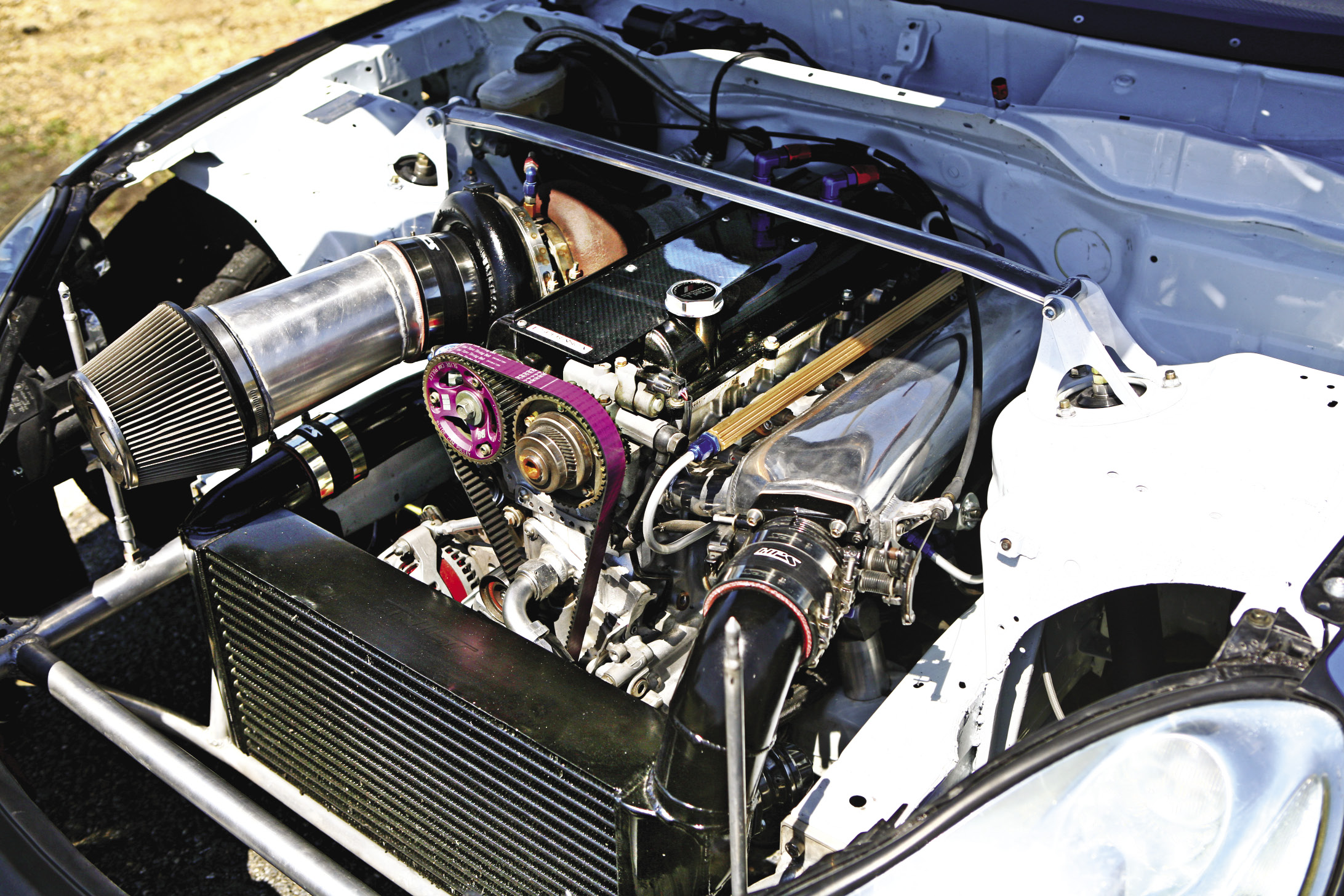 This drift car started as a standard Lexus SC430 before it was stripped to the bare shell and prepped by Saito and his team. The car received a Formula D-legal cage, and a majority of the body panels were either replaced with Seibon Carbon pieces or trimmed down to the bare minimum in an effort to reduce the weight. A pair of Bride seats and Prodrive harnesses keep the driver and passenger secured, while Saito grips a Prodrive steering wheel. All dash components were removed and replaced with carbon fiber blockoff plates, while all engine vitals are monitored by a Racepak dash unit. Replacing the center console, a custom carbon fiber switch panel contains the Blitz boost controller, the push-start ignition, a gauge to monitor the bottle pressure on the Nitrous system in the trunk and switches for features like the wipers (which are required for Formula D competition), electrical and other systems. Other than that, the interior is completely void of all other distractions and creature comforts. 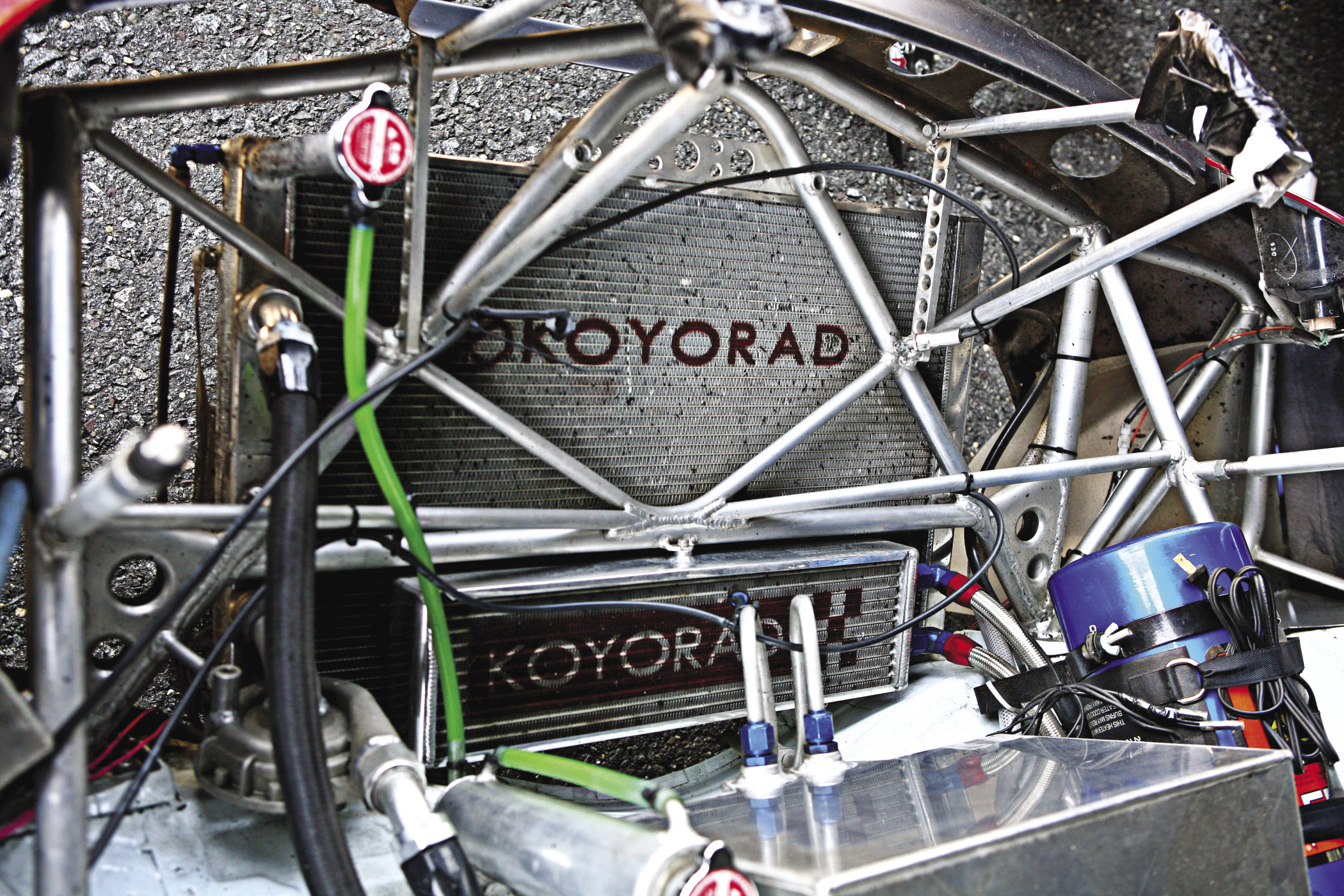 Under the hood, the Lexus looks surprisingly empty. In an effort to prevent any car-to-car contact from disabling the vehicle, many components were moved to the trunk. The 2JZGTE motor which is most commonly found in the twin turbo Toyota Supra is known for pushing high horsepower - in this case, rumored to be around 1,200 in total. This motor is stroked from the stock 3.0-liter to 3.4-litres via a Brian Crower stroker kit, with internals including a custom set of JE Pistons, BC pro series connecting rods, and BC 272 VVTI cams. Air is pushed through the K&N filter and HPS hoses, custom CX Racing intercooler and Garrett GTX-4294R turbocharger before entering the motor through a Q45 throttle body. The fuel system starts in the back with a custom fuel cell before a pair of Bosch 044 fuel pumps push gasoline to the fuel rail. Cooling is handled by a custom, rear-mounted KOYO radiator and an electric water pump, while oil cooling is handled by a similar custom, rear-mounted KOYO oil cooler. As if the stroked and turbocharged motor wasn’t enough on its own, Saito had a dry Nitrous system plumbed to help spool the turbo in lower RPM ranges. All fluids are replaced with NEO Synthetics, a partner of Bridges Racing for several years now. 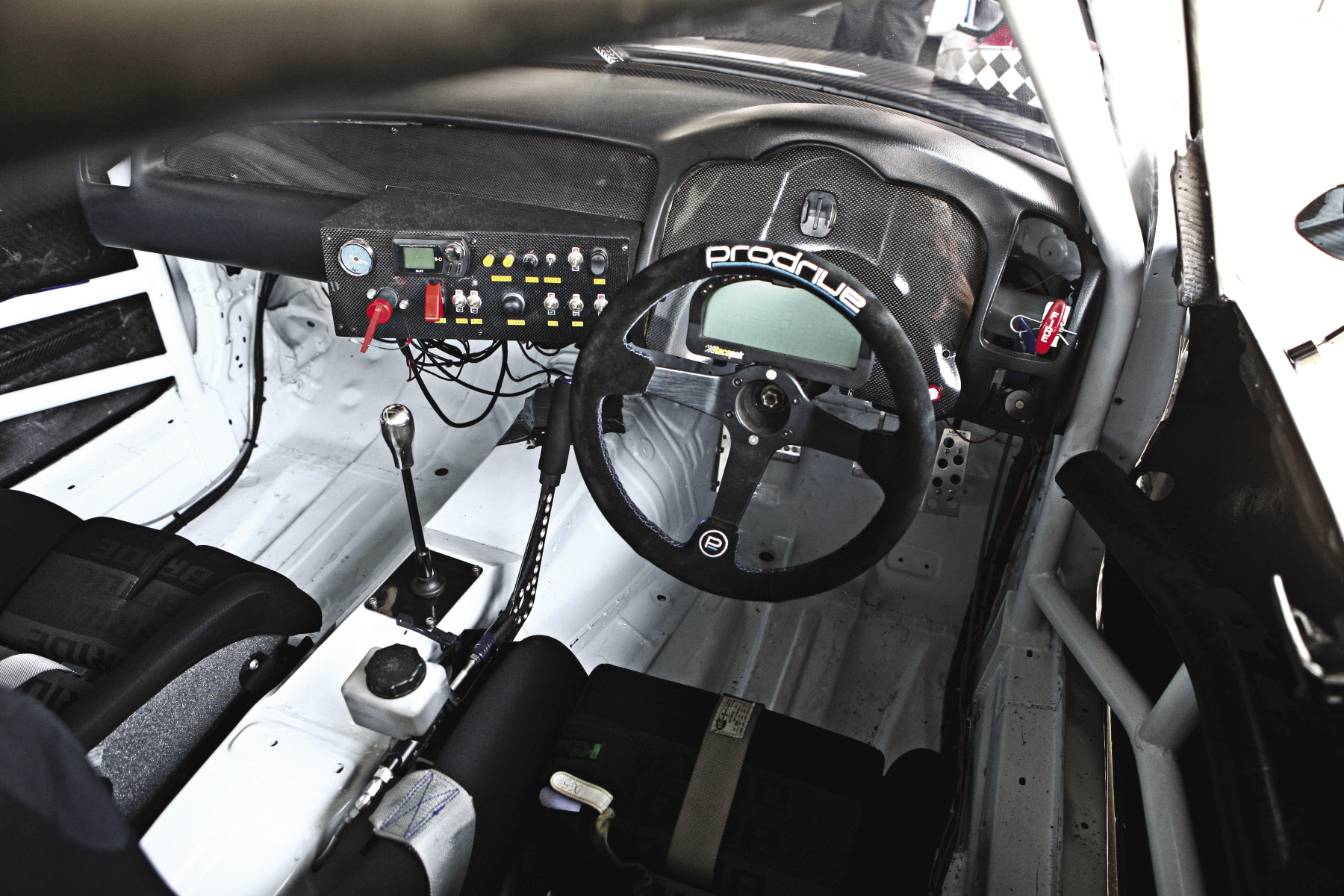 Looking under the trunk, all the luggage space is taken up by engine components. The custom fuel cell, KOYO oil cooler and radiator cooler and associated catch cans take up the majority of the room, with the 10 lb. nitrous bottle and associated bottle warmer taking up space on the passenger side of the trunk. On the driver side, the Odyssey battery and tie-down sit on the trunk floor and the AEM methanol injection pump is mounted on the shock tower. All sheet metal behind the rear shock towers was removed and reinforced with custom tubing (per the legalities of Formula D), helping to reduce weight and reinforce the area which contains many valuable systems of the car. Between the rear trunk area and the passenger compartment is an Accusump dry sump system as well as an aluminum fire wall, required to keep the driver separated from the fuel tank. 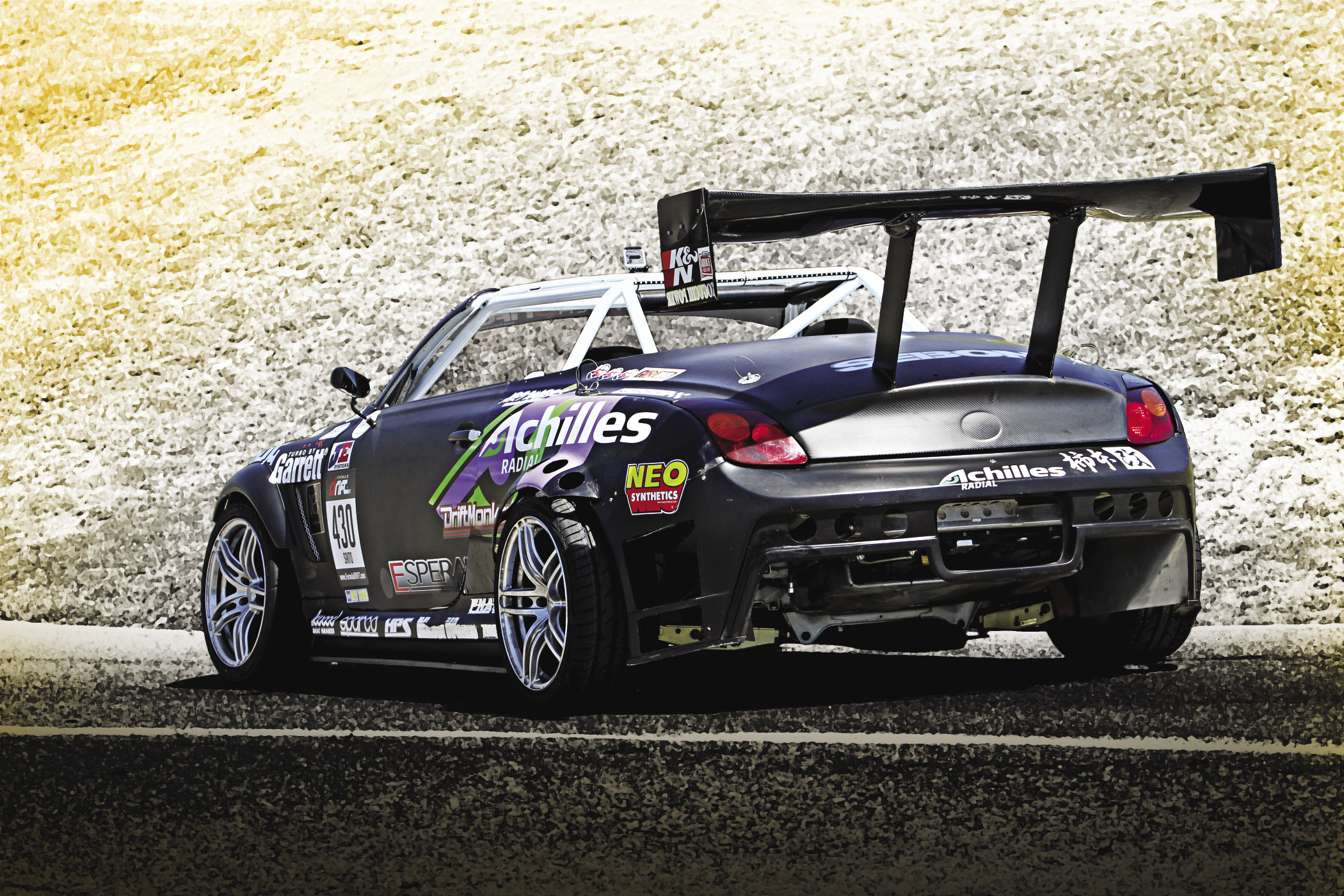 Suspension is one of the most vital parts of a drift car and Saito decided to use components similar to what he ran on his past JZX Toyota Chaser chassis. All four corners contain DG5 coil-overs with custom-rated SWIFT springs, while all suspension arms are replaced with adjustable IKEYA Formula arms. The power is piloted through Prodrive GC05k wheels in 18x10 sizing all around, with 265/35 R18 Achilles ATR Sport 2 front tires and Achilles 123S rear tires controlling the car. Stopping power is handled by lightweight six-piston Wilwood calipers on the front, with four-piston calipers on each rear corner hooked up to the hydraulic hand brake. 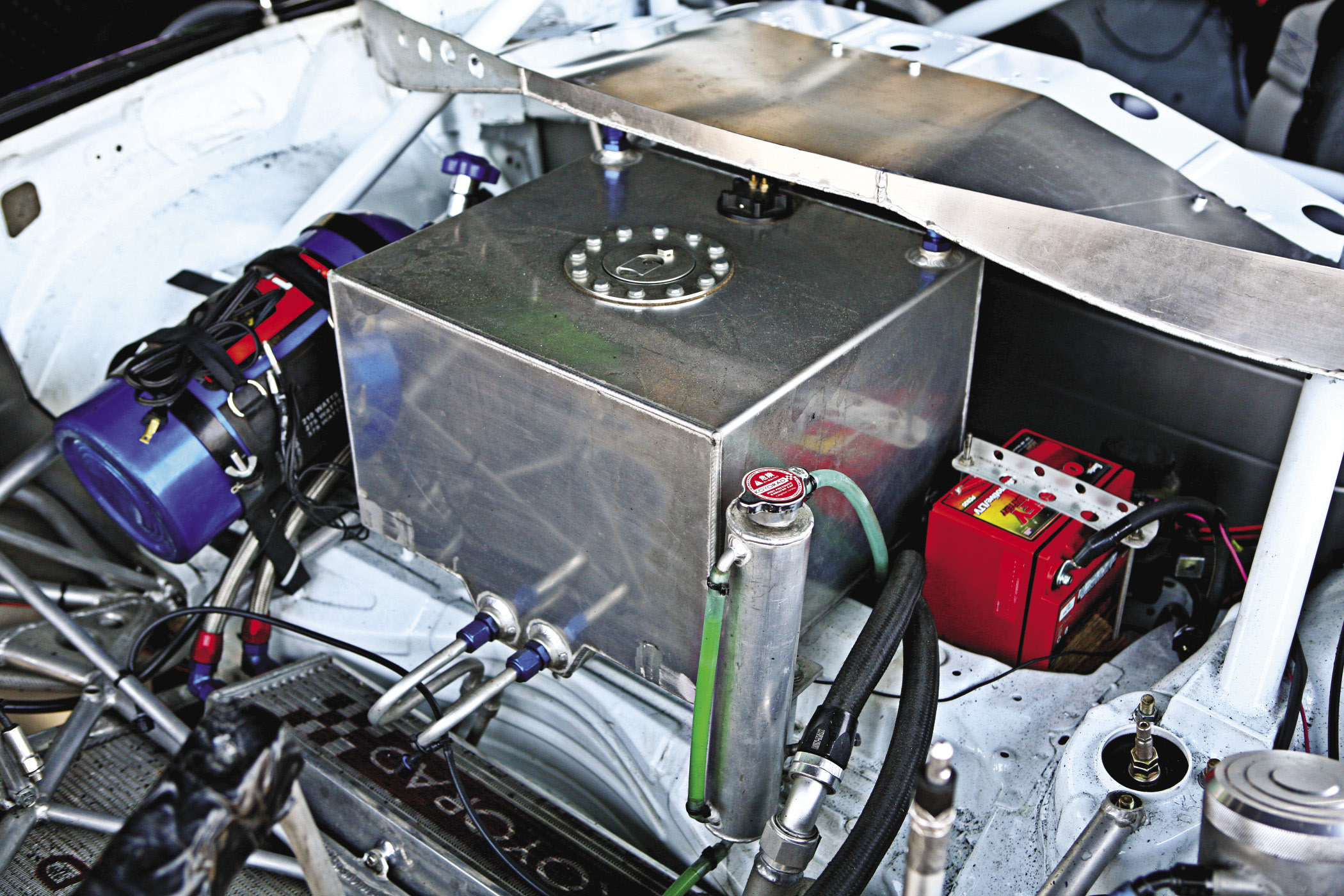 In his inaugural season in Formula D, Saito took home two event wins, two additional podiums and a top-four finish on the way to the championship. Winning the championship as a rookie has never been achieved aside from the inaugural season of Formula D and he has a big target on his back for this coming season. If that’s not enough, Saito also won his second consecutive Formula D Asia title, competing in a similarly-built Lexus IS chassis. With the 2013 season just around the corner, expectations around Saito can’t be set any lower than the top. Can Saito become the first driver to repeat back-to-back championships since Tanner Foust? We can only wait and see.