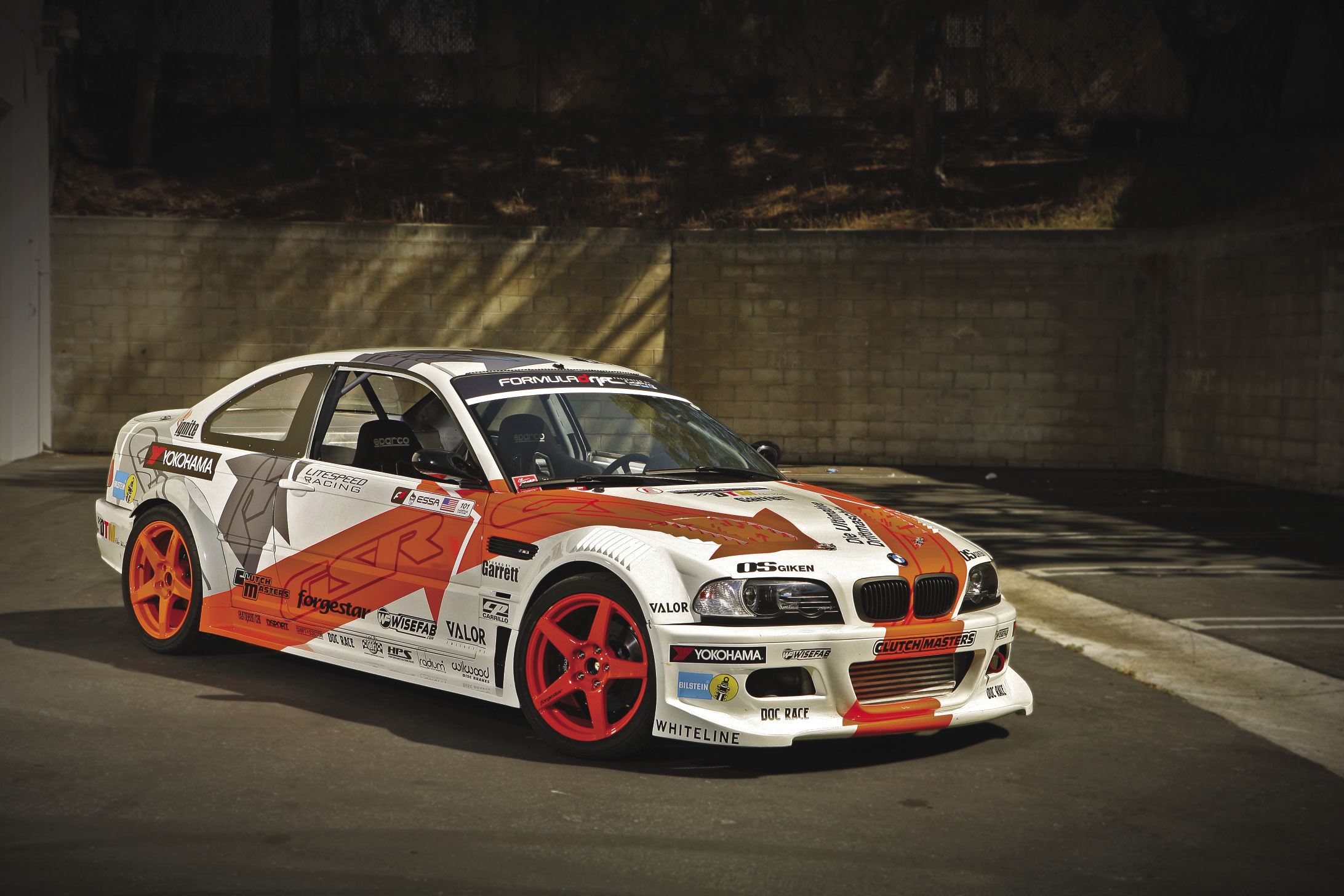 Mike Essa has played out a real life version of Goldilocks and the Three Bears when it comes to his BMW Formula Drift cars. His first E92 chassis had a very long 108-inch wheel base, was very heavy, and had a suspension geometry that wasn’t very optimal for drifting. Moving to a smaller and lighter Z4 chassis reduced 10 inches from the wheel base and several hundred pounds from the chassis, but the nearly-square chassis design made the car snappy in transitions. Essa hopes that this E46 will be the best of both worlds; with the wheelbase an inch shorter than the E92, the suspension of the Z4 and the weight somewhere in the middle. Baby Bear would be proud!

Under the hood, this car is very similar to the Z4 from the last few seasons. The familiar S54 motor is right at home in the E46 M3, reinforced with Carillo rods and CP Pistons, but is otherwise mostly stock. The Garrett GTX3582R turbocharger hangs off of a top-mount Doc Race twin-scroll turbo manifold (new this season) for more accurate throttle response compared to last years low-mount, single-scroll setup. A Synapse blow-off valve clears the air between each shift, while a CSF radiator keeps the motor cool. 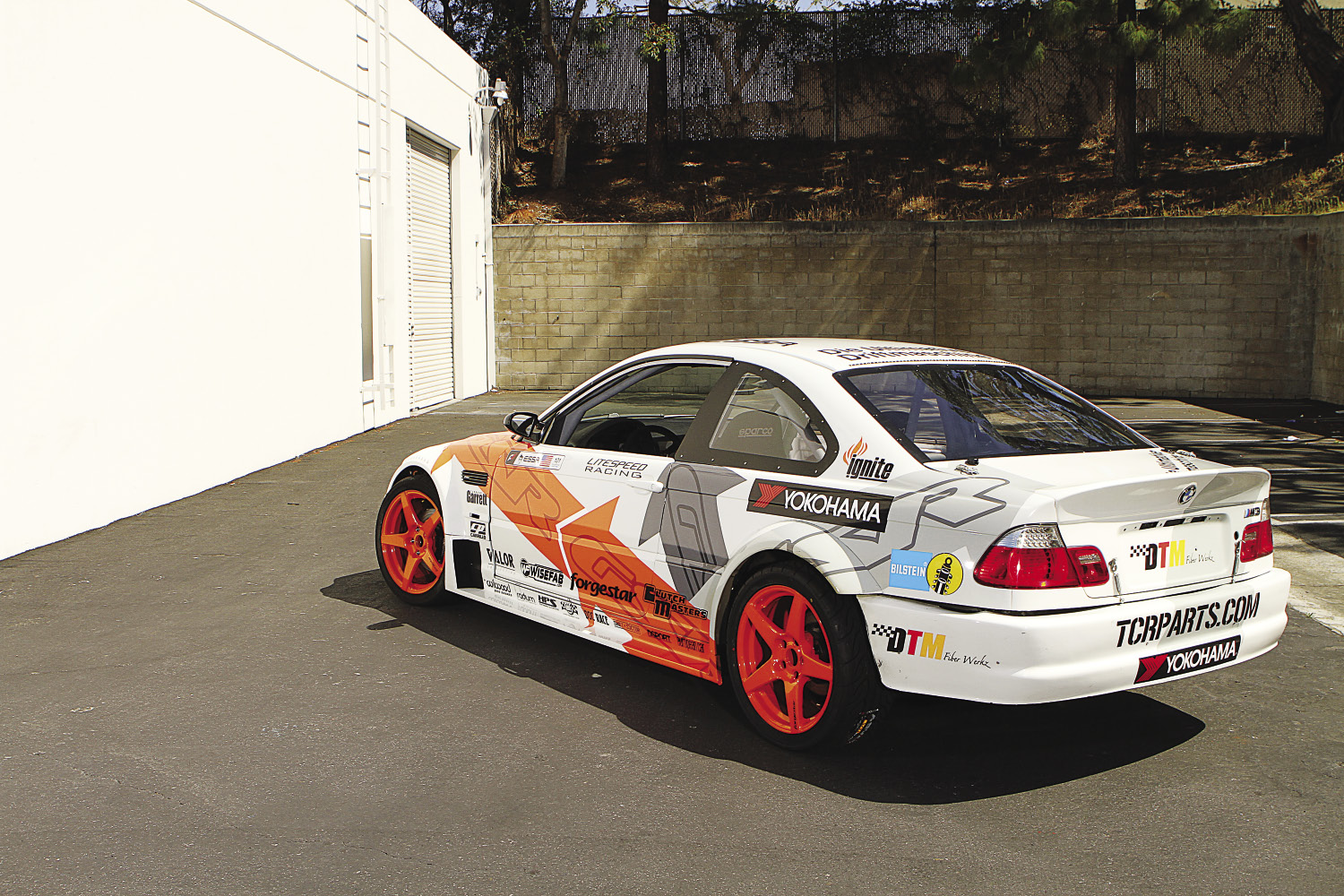 The true magic of drifting happens in the wheel and suspension components. Essa partnered with Bilstein this season to gain technical assistance from the renowned suspension provider, pairing the Bilstein motorsports dampeners with Wisefab suspension arms to gain nearly 70 degrees of steering angle. This allows Essa to enter corners almost backwards, particularly at tracks like Road Atlanta, where Essa is known for his crazy, physics-defying drifts.

“Since the suspension geometry on the E46 is essentially the same as the Z4, a lot of the notes we have from the past two seasons of drifting in the Z4 still carry over” Essa says. This will make the learning curve much easier for the new chassis.

As with all competition drift cars, a hefty, custom-built roll cage keeps the driver safe. Essa uses Sparco EVO seats and Sparco five-point harnesses, with a suede OMP steering wheel for responsive steering input. Hydraulic Wilwood pedals control the Wilwood brakes at each corner, with a custom E-brake handle for the rear hydraulic calipers for fine adjustments mid-drift. All engine controls are displayed on the same Pectel Pi Omega dash display that Essa has used on all three of his BMW drift cars. 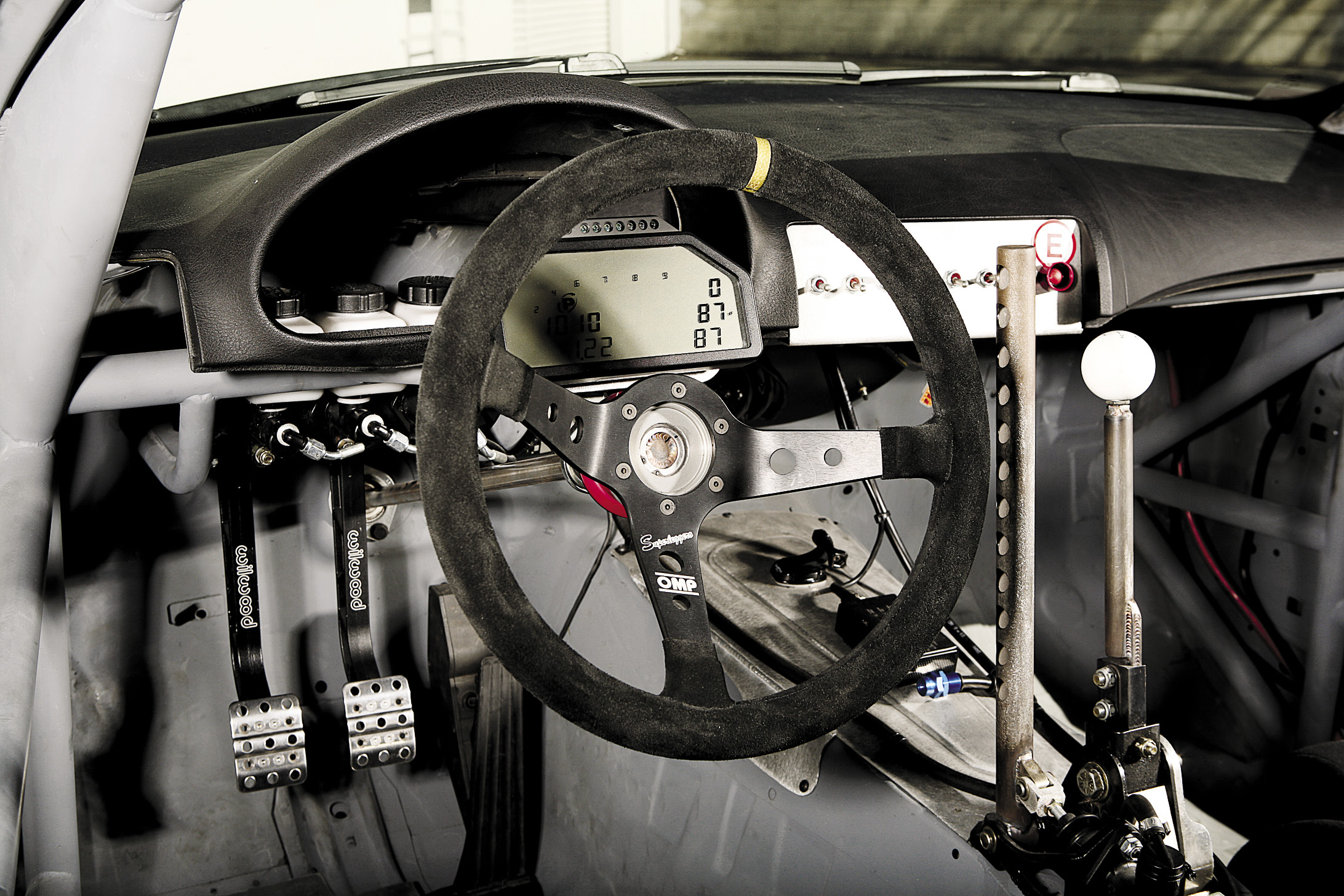 Essa is off to a hot start for the 2013 season. A strong qualifying effort and Top 16 finish in Long Beach was capped with a win at the Motegi Super Drift challenge at the Long Beach Grand Prix a week later, and a career-tying best fourth place finish in Atlanta. Essa may have chosen a less-common chassis to drift, but there’s no doubting that this car is fully-capable of competing with the best drivers in Formula Drift. 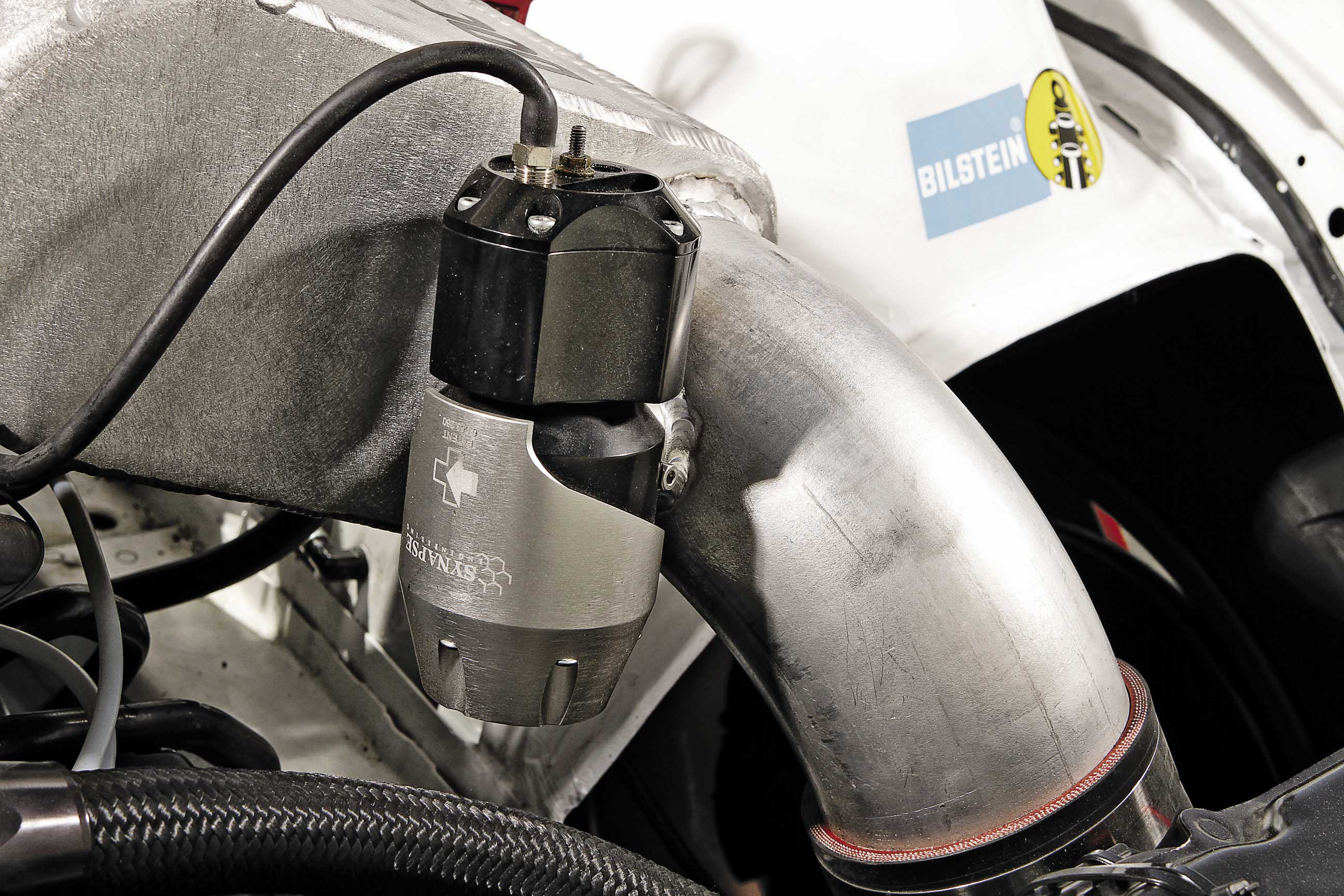 Travis Pastrana Talks Nitro RX with PASMAG
Travis Pastrana is an iconic name in a wide variety of motorsports, as well as action sports over the course of several decades. With Nitro Circus and...

The Best CES 2023 Automotive Reveals for Enthusiasts
CES (Consumer Electronics Show) amazes the tech world every year at the Las Vegas Convention Center, and these days its not a proper CES without...