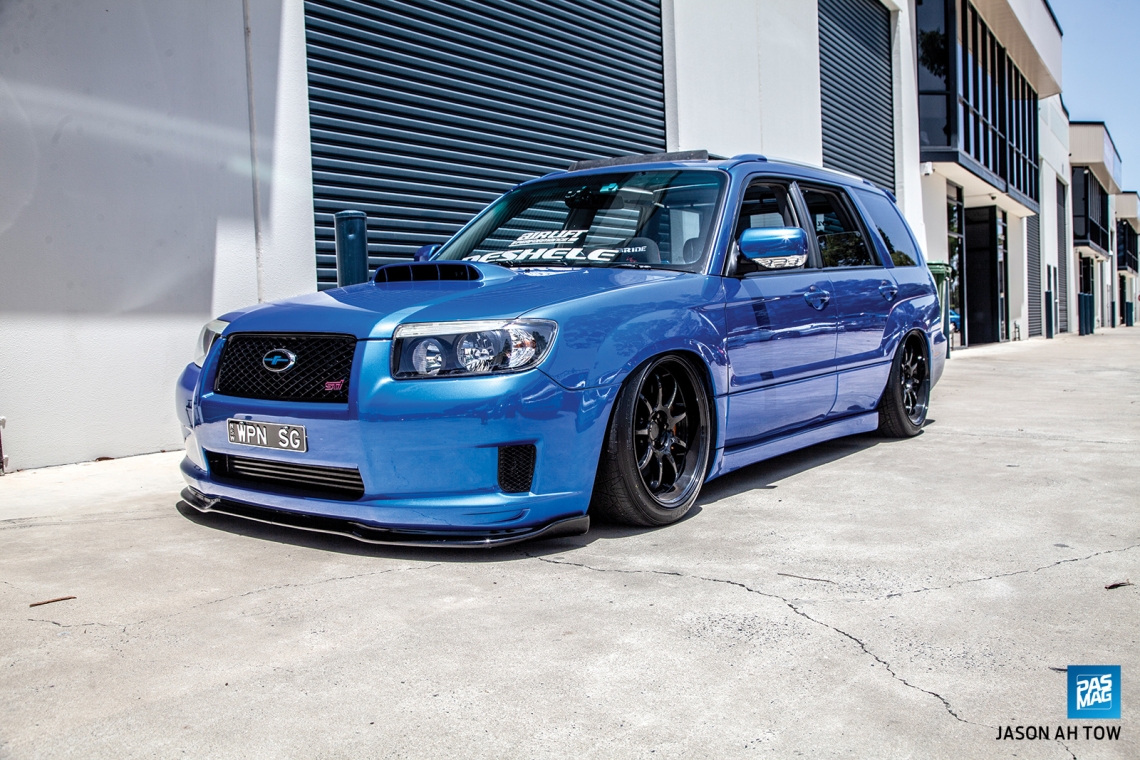 With 49% of the Popular Vote, the winner of the Tuner Battlegrounds #TBGLIVE award category competition at the inaugural Hot Import Nights in Australia is Clayton Pallister with a 2006 Subaru Forester!

Japan’s rare Subaru Forester STI was a long-time dream of Clayton Pallister, but unfortunately the Australian import laws didn’t work in his favor. According to Australian law, he would need to own the car in Japan for two years prior to importing it, and that just wasn’t in the cards for Pallister. Having previously owned and modified a 1999 Forester for eight years, he knew he wanted to stick to the platform.

Pallister decided he would build his own Forester STI, albeit the less conventional way. He picked up a 2006 Subaru Forester and decided he would modify it to be as close to a clone of the Forester STI as he could get it, including a World Rally Blue paint job and tail lights from the STI version of the platform. With a fully-built block courtesy of Deshele Performance, and a 6-speed STI transmission swap, the fun factor of the 440 whp Forester was amplified. 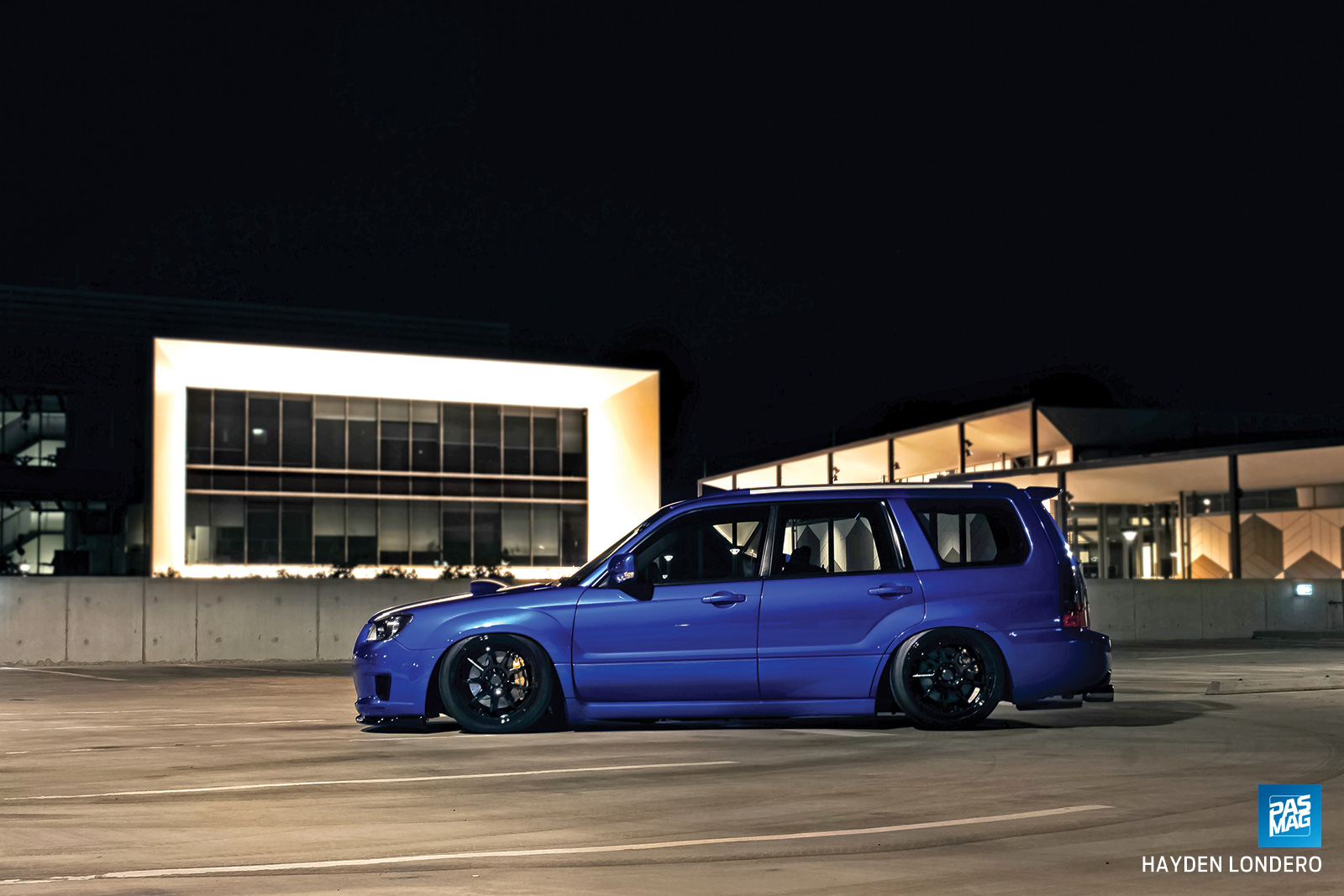 A black set of 18-inch Work DR9 wheels makes the World Rally Blue pop, and it also lends an aggressive look to the wagon. Thanks to an Air Lift Performance air suspension system, the Forester can squat low over the Work wheels, while an assortment of chassis braces from Whiteline, Cusco, and Beatrush keep the chassis stiff and planted in the corners.

Now a show-worthy and enjoyable build, Pallister says he has achieved his goal of building a fun Subaru that is a departure from the usual WRX/STI. These days you can catch him at local roll race drags, car meets, and shows in New South Wales, Australia. 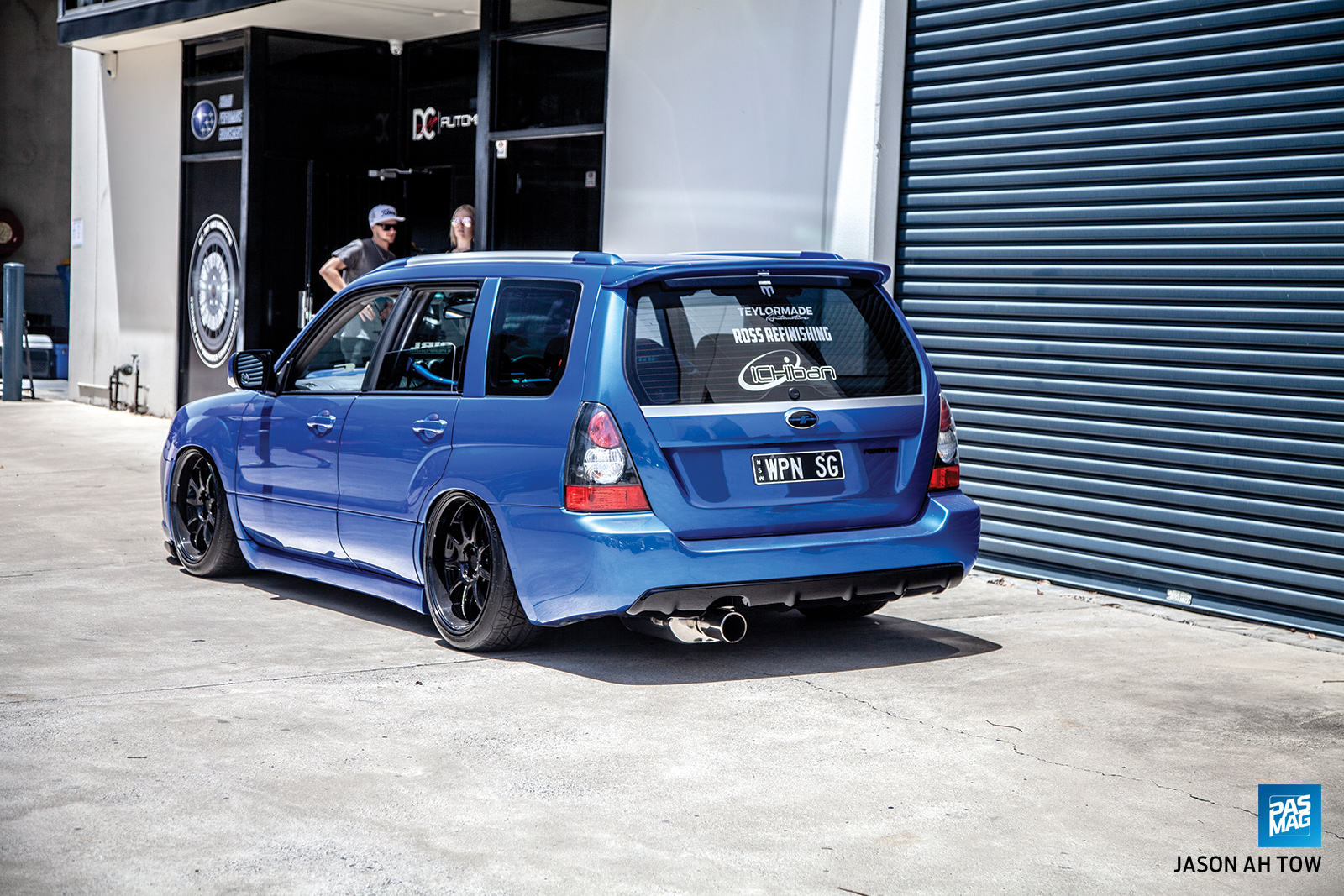 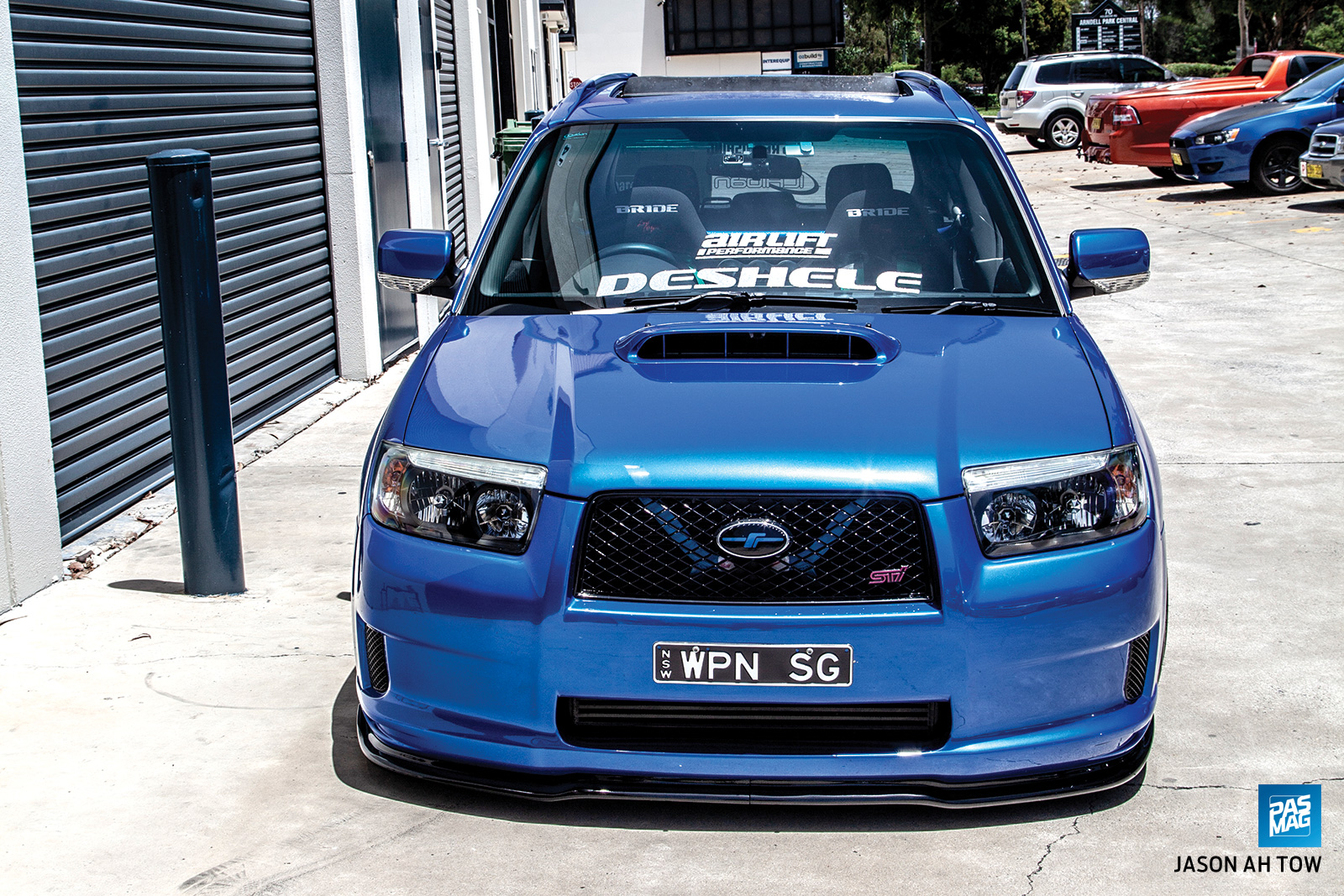 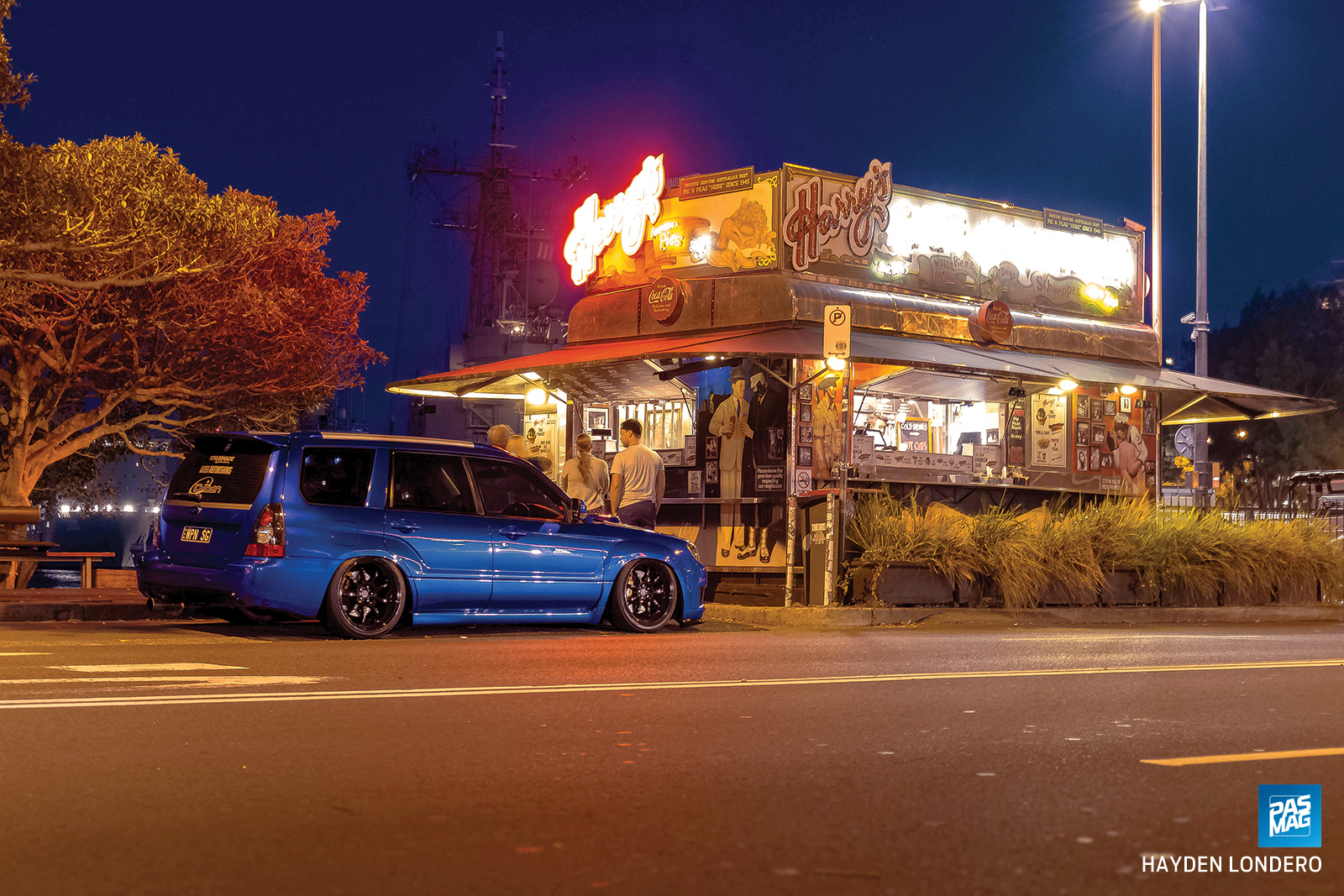 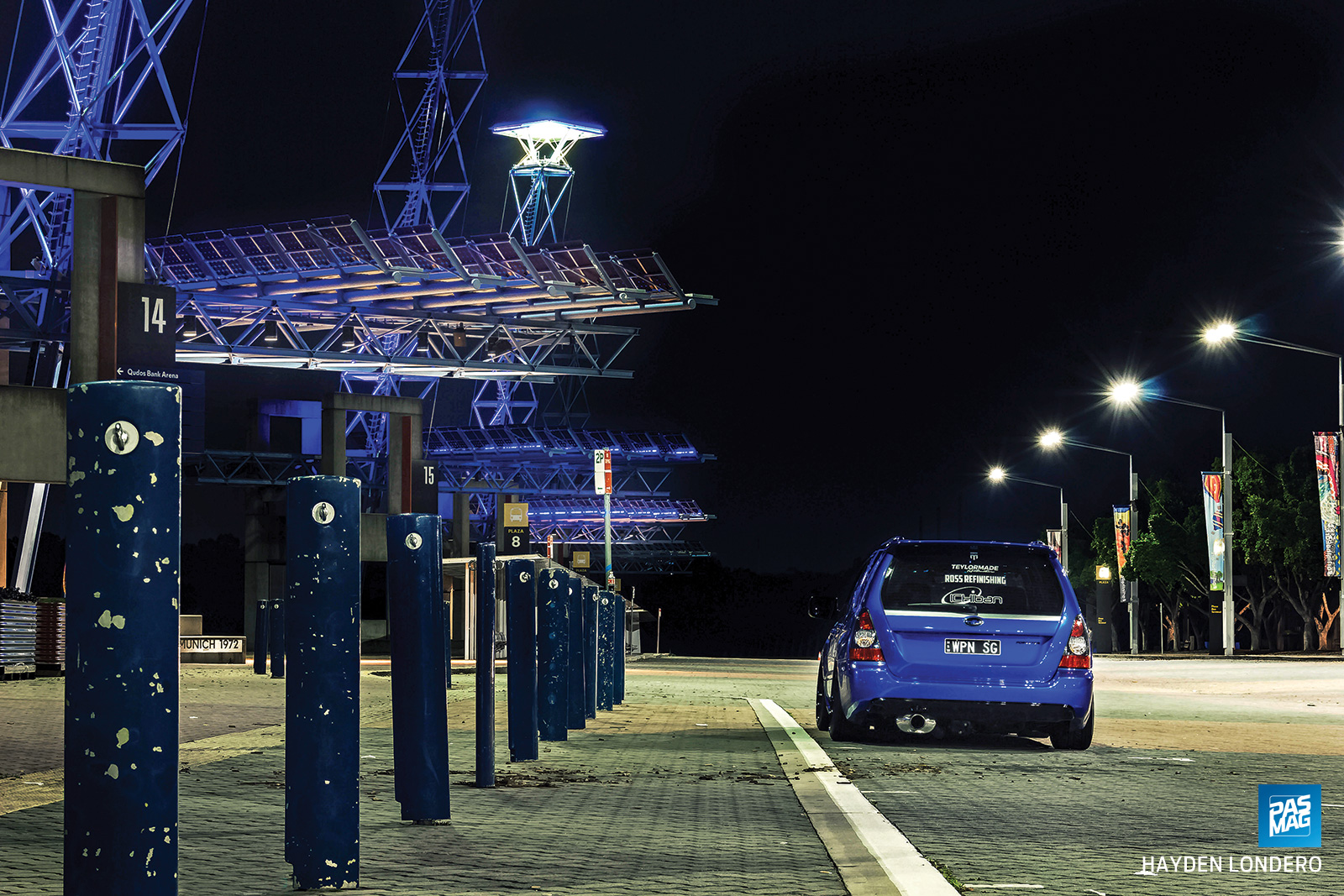 Still Truckin’: Ricardo Zamora’s 2017 GMC Sierra
Ricardo Zamora first learned to drive in a Chevy S10, and has been in love with trucks ever since then. His father took pride in working on his...

Elevated: Tyler Walkem's 2014 Subaru BRZ
Tyler Walkem joined the Navy in 2011. He became a Navy Corpsman and served with the Marine Corps for 6 years. "I was deployed to Afghanistan in 2014...

Hondas Forever: Jonny Guerra’s 2017 Honda Civic Type R
Photography by Juan Brena, Tyler Huang Jonny Guerra has been a Honda fan for as long as he’s been into modifying cars, a passion which he found...