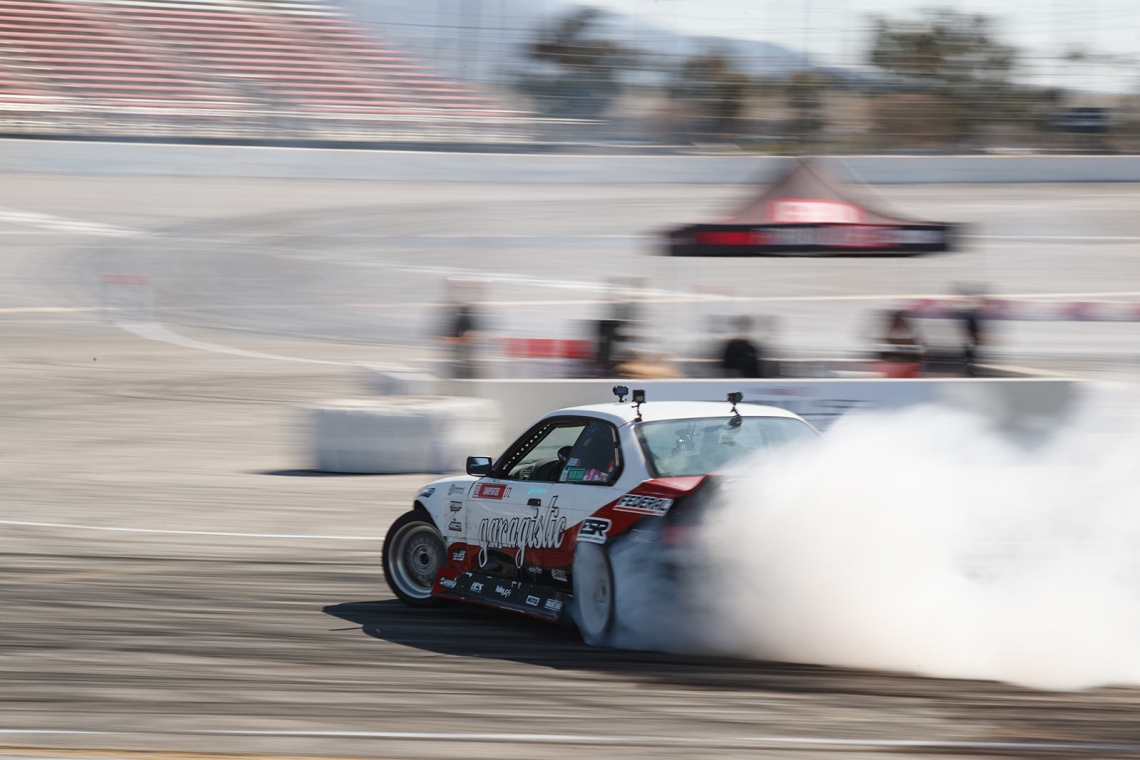 With the 2021 Formula DRIFT season starting at Michelin Raceway Road Atlanta on May 7-8, the series organizers recruited nine drivers from its premier PRO Championship to join them for the second annual Skills Battle presented by Turn 14 Distribution before the FD circuit began. Taking place at The House of Drift – Irwindale Speedway near Los Angeles – the challenge helps prepare teams, drivers, and fans for the start of the new season, which returns to its traditional eight-round national series format this year.

Hosted by Laurette Nicoll (the Formula DRIFT Sideline Reporter for event livestream broadcasts), each driver had to tackle three challenges. Points accumulated through-out the day would decide the winner, who could claim bragging rights before the opening round of the 2021 FD season, no doubt instilling some confidence in drivers who did well. 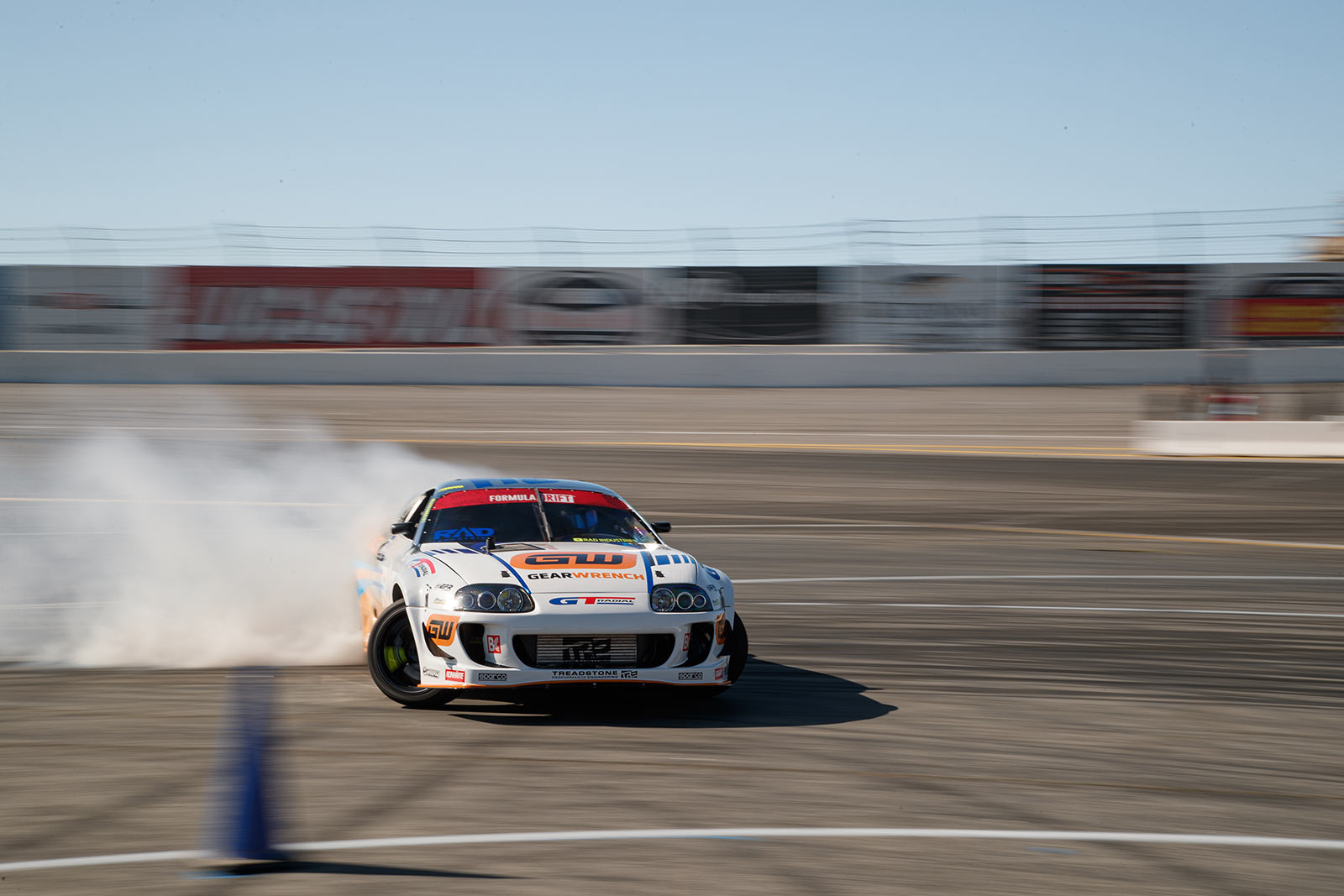 As the name suggests, drivers were judged on their degree of back- ward angle and speed of rotation through a turn. As you’d expect, this challenge produced some lurid slides and enormous entertainment for the judges, who awarded points for speed and execution. For this challenge only, the judges were Andy Yen (Former FD judge), Ken Gushi and TJ Hunt. 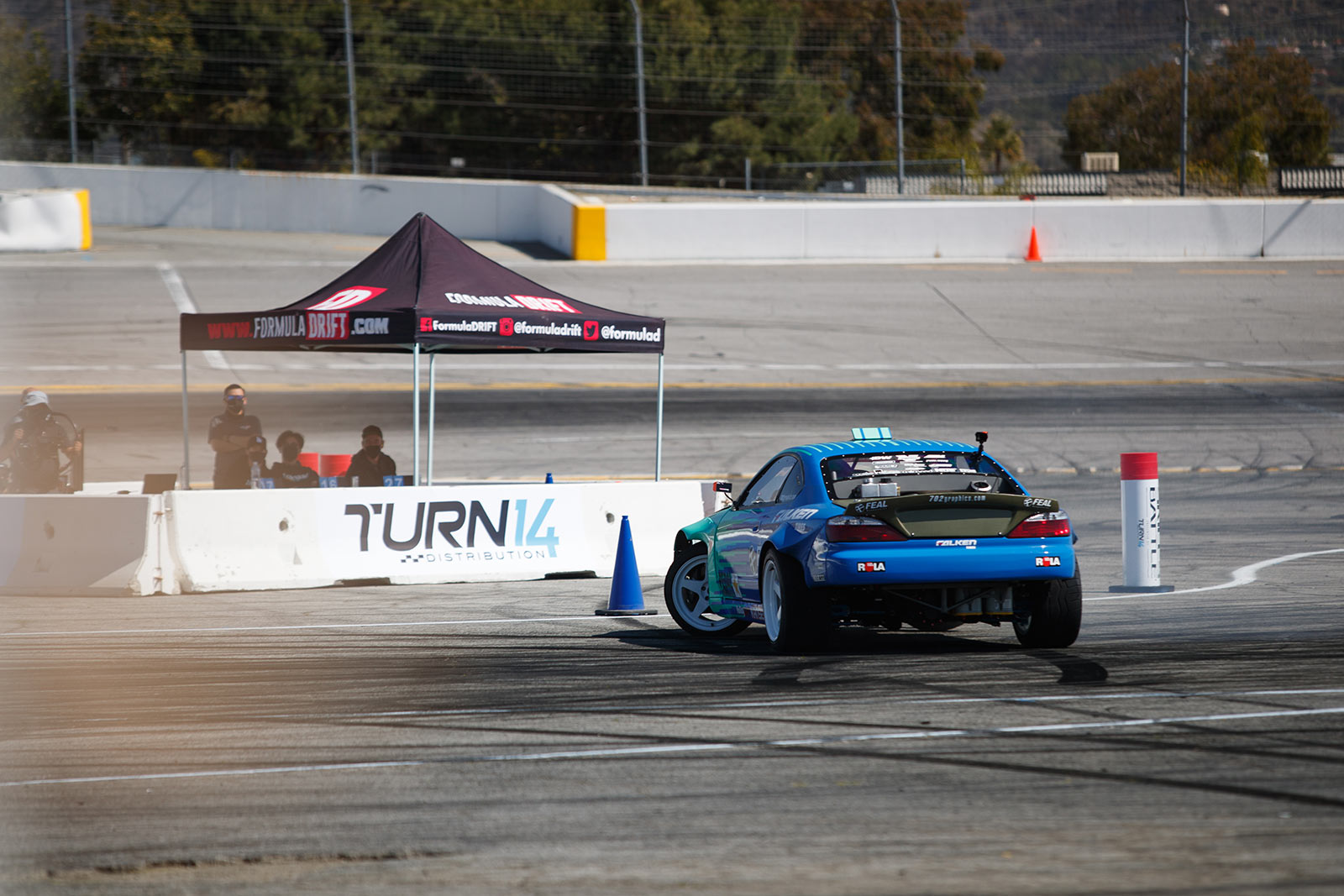 Drift Cross saw the drivers tackle an autocross-style course, where the winner would have the fastest timed over two laps, with each cone collision adding a 0.2 sec penalty. This would be surprisingly difficult for the drivers, despite many of them having road course experience. The problem is that many of the engines produce close to 1000hp and the chassis set-up favors oversteer. As you’d expect, it was difficult for the drivers to score clean, fast laps, requiring a cool head and fast hands. 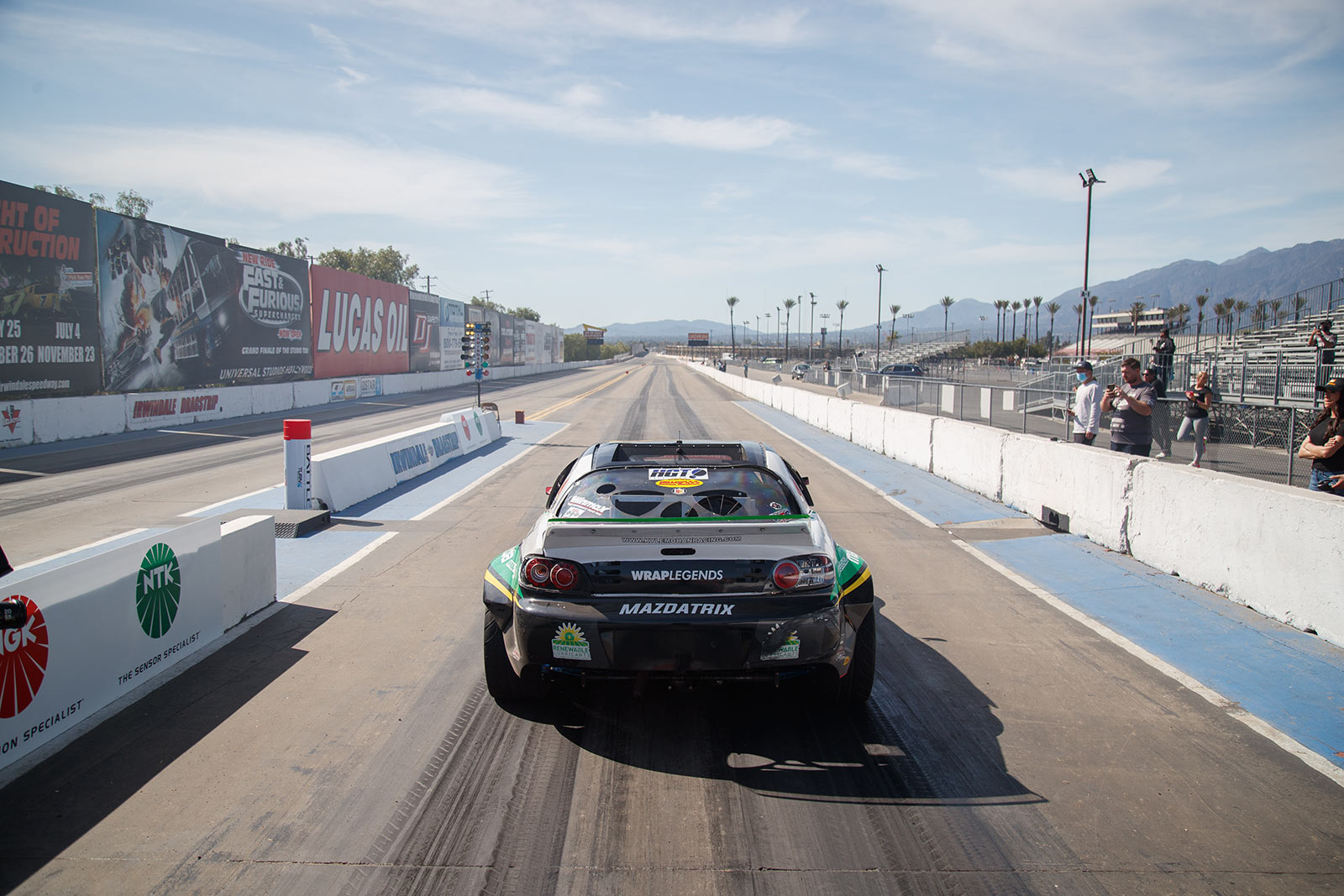 Sponsored by NGK Spark Plugs, this was an old-fashioned sprint down the 1/8th-mile Irwindale drag strip. The drivers were again presented with a unique challenge by cars with excessive power and plenty of camber angle. And after a long day of competition, mechanical reliability would also be an important factor in crowning the 2021 FD SB Champion.

After an intense day of competition, 2011 FD Champion Daijiro Yoshihara was crowned the winner of the 2021 Formula DRIFT Skills Battle presented by Turn 14 Distribution. He narrowly beat last year’s winner, Odi Bakchis, with Michael Essa in third. “It was really good to win this event against a competitive field of fellow FD PRO drivers,” Dai told us. “This was a great way to kick off the 2021 season, and I hope to be winning more events as the season unfolds.”